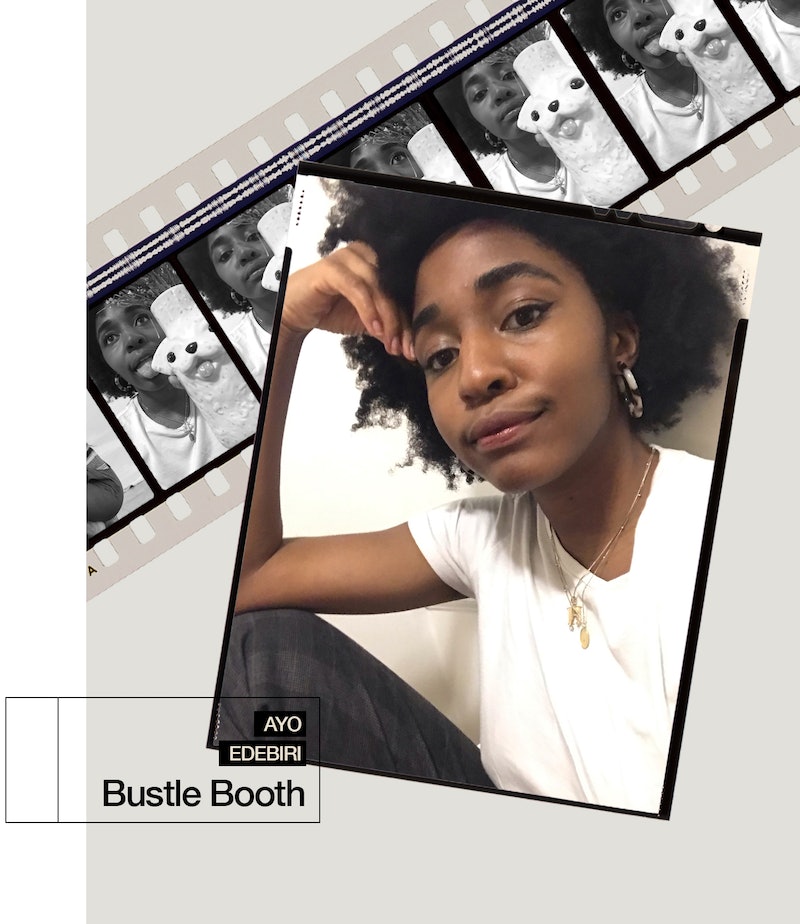 You might recognize Ayo Edebiri from Twitter, where she’s managed to create a (false) rumor that she’s the showrunner of The Kominsky Method. But her best comedic work requires more than 280 characters. As a stand-up, the 25-year-old comedian is playful and witty, covering everything from that time she got so high she thought she was going into cardiac arrest to the unusual reason she wants to date a rapper.

Offline, Edebiri is not actually a showrunner, but she has steadily been building up her acting and writing credits. Following writing turns on the BET talk show The Rundown with Robin Thede and the NBC comedy Sunnyside, she began voicing the Black and Jewish character Missy on Netflix’s animated series Big Mouth after Jenny Slate, a white actor, chose to step down from the role last year. Edebiri only voices Missy for one episode in the recently released fourth season, but she’ll reprise the role in earnest for Season 5 in addition to serving as a writer for the show.

“I love animation,” says Edebiri, who’s been a fan of the raunchy coming-of-age series since its 2017 premiere. She joined the cast at a particularly significant moment, as Big Mouth started to push beyond its initial focus on the awkward bodily functions that come with puberty to craft more nuanced storylines about its characters’ identities. Missy in particular is grappling with her Blackness and sense of self, and Edebiri is eager to build on that work in Season 5. "[I want to] explore the voice more and try to do some different things while still remaining true to who Missy is and who she’s always been,” she says.

Still, Big Mouth is a fun show, and it’s that same sense of whimsy that attracted Edebiri to Alena Smith’s eccentric 19th century period dramedy Dickinson. She came on board in Season 2 as a writer with the goal of crafting complex Black characters who have “a little bit of messiness to them.” That includes her character Hattie, a maid to Emily Dickinson’s family who’s also a multi-hyphenate clairvoyant, at one point helping the girls with a seance.

“A lot of times, especially with narratives around Black people in any historical context, the go-to is suffering,” Edebiri says. So “it was sort of an exciting challenge that we got to undertake — that Alena wanted to undertake — of being truthful and being honest about what’s going on during this time in terms of gravity and also [recognizing] that there were Black people who were creating things and who were trying to actualize the futures that they wanted to exist.”

Get to know more about Edebiri — including the celebrity she would "give her left toes" to switch places with — in her Bustle Booth questionnaire below.

A regular or matcha latte with oat milk. I like oat milk and that's my cross to bear.

Some standouts are Fillmore!, Proud Family, and Codename: Kids Next Door.

I just finished Aisling Bea's This Way Up! It's so funny and I think she's a genius for one million reasons, but reason one is for writing a show where she gets to flirt with Tobias Menzies.

I love Chelsea Peretti and Jordan Peele, both individually and as a unit. I would give my left toes to have a Freaky Friday with Zoë Kravitz. Imagine having perfect bones even for a day? Justice for High Fidelity.

I am crying just remembering karaoke! I once had karaoke for my birthday and sang “Karma Police” to absolute silence, so I don't know if my taste should be trusted or feared. But “All The Things She Said” by t.A.T.u. is fun solo or as a duet.

I simply cannot think about that hard enough or I will die of anxiety. But if they do say anything, I hope they say and spell my name right in their heads. And if they're unsure of how to say it or spell it you can literally ask me. It's very chill, I promise!

More like this
On 'The Handmaid’s Tale,' Christine Ko Fights Back
By Gretchen Smail
'Grey's Anatomy's New Intern Got Advice From Dr. Bailey Herself
By Grace Wehniainen
Nicola Coughlan’s Description Of Meeting Olivia Colman Is Just So Nicola Coughlan
By Sam Ramsden
The 'Reasonable Doubt' Cast Includes A 'Save The Last Dance' Reunion
By Grace Wehniainen
Get Even More From Bustle — Sign Up For The Newsletter