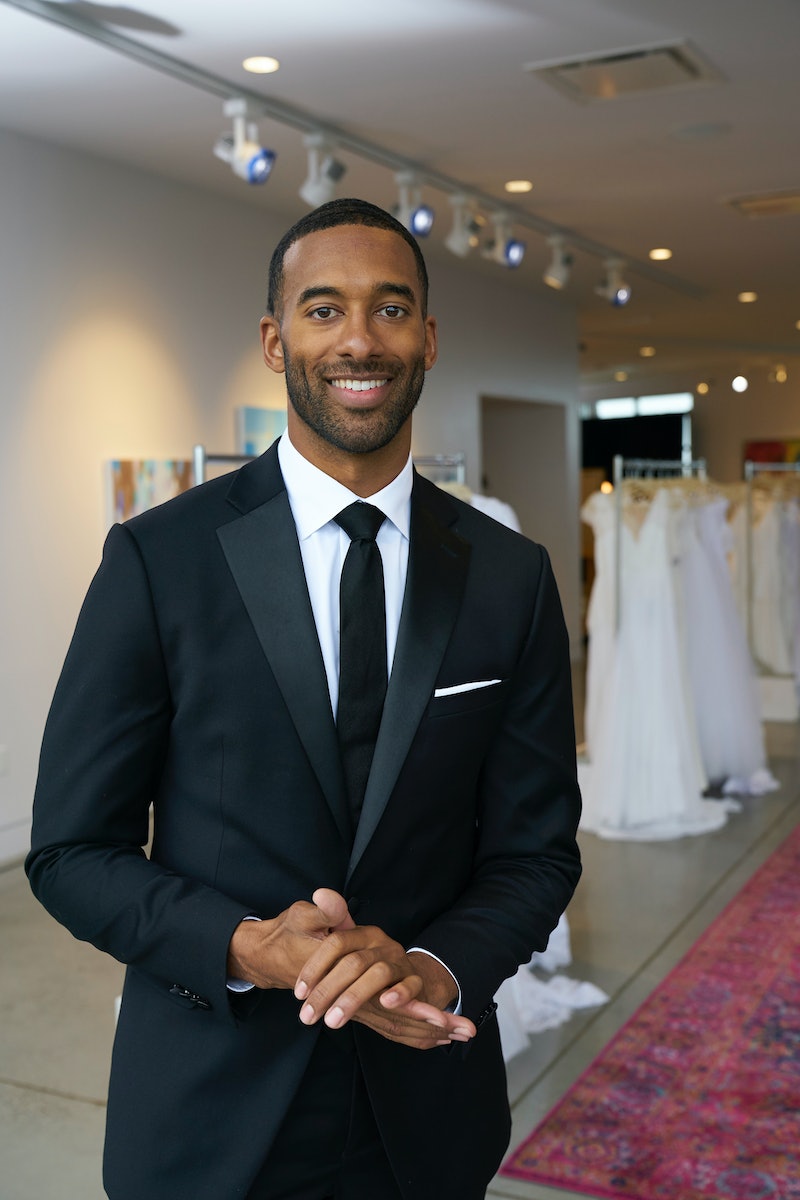 As ABC's first Black Bachelor, Matt James has been open about the pressure he's felt that role put upon him, particularly as his journey to find love relates to race. While appearing on the Talking It Out with Mike & Bryan podcast's Monday, Jan. 18 episode, Matt "set the record straight" about dating Black women, explaining to Bachelorette alum hosts Mike Johnson and Bryan Abasolo that his "type" has nothing to do with physical appearance or ethnic background.

"People for some reason think I don't like Black women," the biracial North Carolina native said, noting that the women he'd most recently dated before the show had all been Black. "I don't understand why that's so hard for people to understand. People should want you to be happy, regardless of if they're white, they're Black, they're Asian, whatever."

Because he's "dated all across the board" in the past, Matt added that he was happy when his diverse group of contestants arrived at Pennsylvania's Nemacolin Resort. "My dating life looks like what we saw on night one," he asserted, specifically mentioning Spanish, white, Asian, and Black women. "What I'm into isn't race-specific, and when you're looking for things that aren't race-specific, you have to have a broad cast of characters to fill all those things. And thank goodness they had it, because it allowed me to enjoy the process the way that I did."

The commercial real estate broker — whose mom is white and dad is Black — also recently discussed common misconceptions about his mixed-race identity and why he joined Black Lives Matter protests last summer. "People think that because my mom is white, I don't associate with being Black, and my experience has been as a Black man," he said on Rachel Lindsay and Becca Kufrin's Bachelor Happy Hour podcast on Jan. 12. "My skin's Black — I don't wear a name tag or [carry] a résumé that [states] my mom is white. I'm a Black man, so I thought it was important to let people know that that's how I feel, and that's how I represent myself, and I'm going to stand with my people with what they're going through."

Despite only being able to speak for himself, Matt said he understands that some Bachelor viewers will still see him as being representative of the Black community as a whole: "That was a big pressure that I put on myself when I first got there. I just felt this responsibility that I've got to make everybody proud."

Regardless of whom he offers his final rose in the end though, Matt seems committed to making that choice for all the right reasons. And for him, none of them include his potential future wife's racial background.