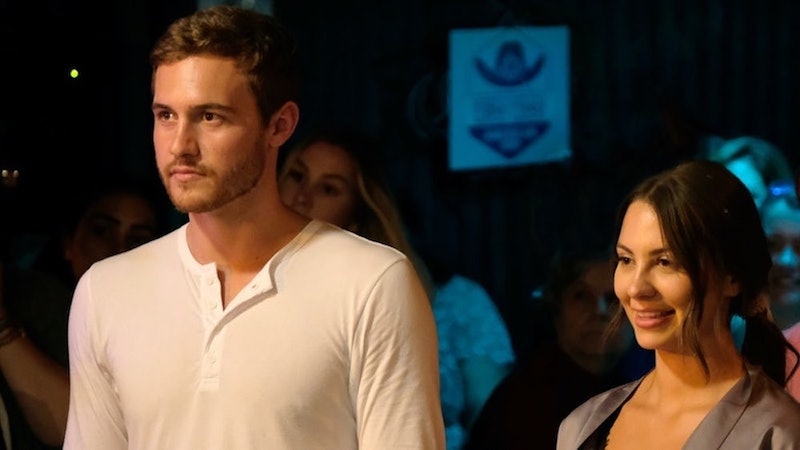 They may have gotten off to a rocky start on The Bachelor, but it seems Peter Weber and Kelley Flanagan are making great strides in their relationship — and have every intention of getting more and more serious in the weeks and months to come. Right now, they're ready for that next big step: moving in together. Peter and Kelley recently revealed they plan to move in together in New York City either later this summer or in the early fall.

Kelley is originally from Chicago; however, after working from home during the ongoing pandemic, she's come to realize that working remotely is much more doable than she initially thought. And as for Peter, his pilot schedule has him jetting-setting all over the world anyway, so moving to a new city isn't really a big deal from a career standpoint.

"I'm super excited to take this next step with Kell and move to New York and to see what adventures await," Peter said in an interview with Entertainment Tonight. The former Bachelor also opened up about the first time he dropped the L word on Kelley during their time together over the last several months. "I got her this little gumball machine ring," he explained. "We were having a pool day, and I [sat her on the couch]... I told her I wanted her to remember this day from this gumball machine ring is the day that I told you that I loved you."

However, when it comes to marriage and kids, the couple is in no rush to start a family or put any further pressure on their relationship — though it's something they say they've seriously discussed on numerous occasions. "We're not on a reality show anymore, we can take our time," Kelley stated. "We don't need to rush anything. We want to make sure each other is in the right headspace, and there's nothing wrong with that. We're happy and we're living life."

But Peter couldn't be more confident in their budding romance, telling ET he's finally found the woman he was meant to be with. "With Kelley, it literally sounds so cliché — I can just be myself. She truly gets me," he gushed. "She's my biggest fan and she supports me and she's always there for me. I know I have my partner in crime forever."

Peter and Kelley initially met before Bachelor filming officially began after running into each other by chance at a California hotel. But while they seemed to hit it off, Peter opted to send Kelley home on the show just before Hometown Dates. He went on to get engaged to Hannah Ann Sluss before calling it quits in order to be with Madison Prewett — a relationship that also came to a bittersweet end. They parted ways two days after the After the Final Rose special aired.

Perhaps third time really will be the charm!