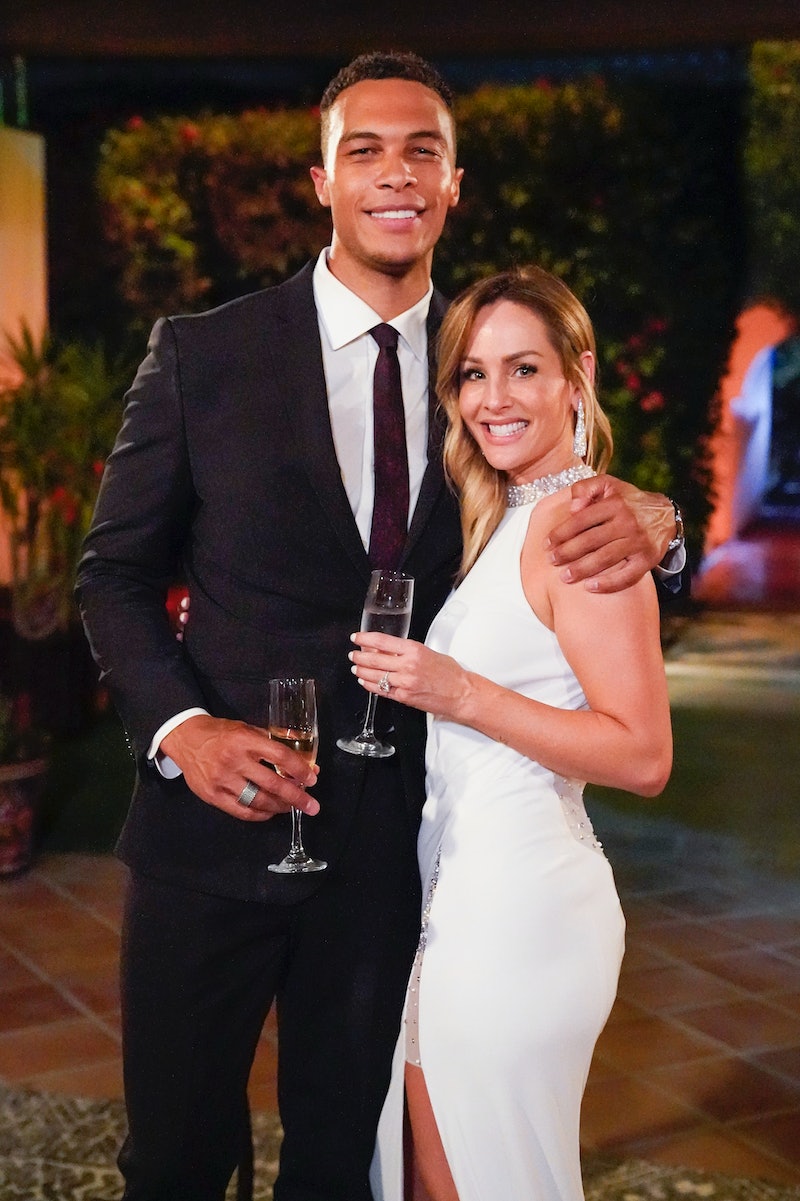 Bachelor Nation has been turned upside down over the last week. First, there was former Bachelorette Rachel Lindsay's controversial interview with host Chris Harrison in which he defended the racist actions of current contestant Rachael Kirkconnell. Then came news that Harrison will step down from Bachelor hosting duties for the time being, beginning with Matt James' After the Final Rose. If that weren't enough buzz surrounding the franchise, Clare Crawley and Dale Moss reunited after ending their engagement — a development few saw coming.

The former couple, who met and got engaged during Crawley's brief stint on The Bachelorette in 2020, called it quits last month. She famously quit the show after four episodes in order to date Moss, accepting his proposal after only a few weeks. Considering the speed with which they coupled up, the world was less than shocked when Crawley, 39, and Moss, 32, announced their breakup in January 2021. But just two days after Valentine's Day, the exes were photographed holding hands on a walk through Venice, Florida.

Spoiler aficionado Reality Steve posted photos and video of the pair sans face masks as they strolled outdoors on Tuesday, Feb. 16. TMZ also obtained pictures of the exes sipping Moscow mules at Nokomo’s Sunset Hut that same day. Neither Crawley nor Moss have confirmed they are back together on social media. The former NFL player did share a video of himself lounging near palm trees on his Instagram Story with the caption, "Breezy."

A photo of the couple posted to Clare's Instagram on Jan. 9.

Moss was the first to confirm the couple had ended their engagement after five months together. “I wanted [to] share with you all that Clare and I have decided to go our separate ways,” Moss wrote in a statement to his Instagram Story on Jan. 19. “We appreciate the love and support we’ve received from so many people, but this is the healthiest decision for both of us at this time.” He continued, “We strongly believe in leading with love and always remaining true to oneself — something our families have taught and instilled in us throughout our lives. We only hope the best things for one another.”

However amicable the split may have been, the decision to announce it was not, according to Crawley. She took to Instagram on Jan. 21 to offer her side of the story. "I was made aware of a 'mutual' statement at the same time you all were, so I've needed some time to really digest this," Crawley began. "Speaking for myself, my intentions with this relationship have always been very clear, so the truth is I am crushed." She added, "This was not what I expected or hoped for and am still trying to process this. 2020 was one hell of a year, with COVID, battling severe anxiety post-show, balancing a public new relationship, all while slowly losing my mother. It hasn't been ideal circumstances, but that is life right. I have been looking forward to the light at the end of the tunnel." (Currently, Moss follows Crawley on Instagram, but she doesn't follow him back.)

After the contentious terms of their breakup became public, not many had this reunion on their 2021 bingo cards. But Crawley and Moss are surely giving Bachelor Nation something to talk about.

More like this
10 Photos Of The Wildest Limo Arrivals From 'The Bachelor' Premiere
By Brad Witter
'Bachelorette' Vet Clare Crawley Unveiled 2 Special Wedding Day Accessories
By Stephanie Topacio Long
Mack & Domynique Reportedly Had An "Epic" Breakup On 'Married At First Sight'
By Brad Witter
All The Clues Clint & Gina Aren’t Still Together After 'MAFS' Season 16
By Brad Witter
Get Even More From Bustle — Sign Up For The Newsletter
From hair trends to relationship advice, our daily newsletter has everything you need to sound like a person who’s on TikTok, even if you aren’t.