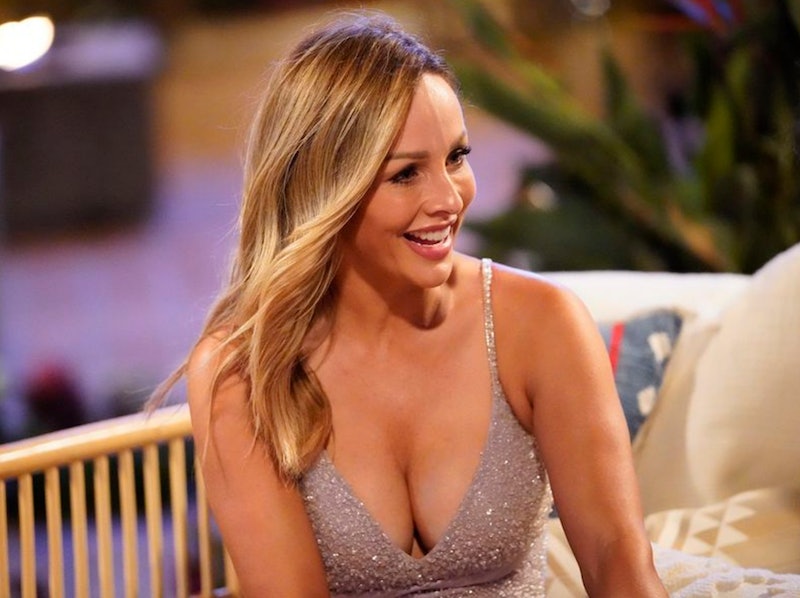 Clare Crawley's Bachelorette journey has been, in a word, chaotic. First there were reports that she quit the show after two weeks to be with one of her contestants, then rumors that ABC brought in Tayshia Adams to replace her, and now that she's been spotted wearing an engagement ring, fans are wondering if Clare is engaged.

Clare hasn't confirmed whether or not she's engaged, but she did have an explanation for the ring. In an Oct. 19 Instagram post, she explained that it represents a commitment to "embody self-love" over romantic love. "This is my promise to myself," she wrote, "to make sure I always had enough self-love that no matter what happened, I was committed to loving myself unconditionally, and that is something no man could take away from me." She explained herself further on her Instagram Story, saying that she "wanted to get myself something. So I got my diamonds!"

Still, that doesn't rule out the possibility that she's engaged to Dale Moss, the former football player she reportedly leaves The Bachelorette for. According to multiple outlets, Clare fell in love with Dale pretty immediately and decided that she didn't want to lead the other men on, forcing producers to bring in Tayshia to complete the season.

Adding fuel to the fire, Clare said after meeting Dale during the Bachelorette premiere that she has just met her husband, and later gave him her first impression rose. Many viewes even speculated that Clare knew Dale before the show, because she said "I knew it!" when she met him. But Clare later explained that she'd simply Instagram-stalked him.

Naturally, Clare hasn't spoiled anything about how her Bachelorette journey ends, including where her relationship stands with Dale. However, she did tell Entertainment Tonight in a recent interview that she's "very happy."