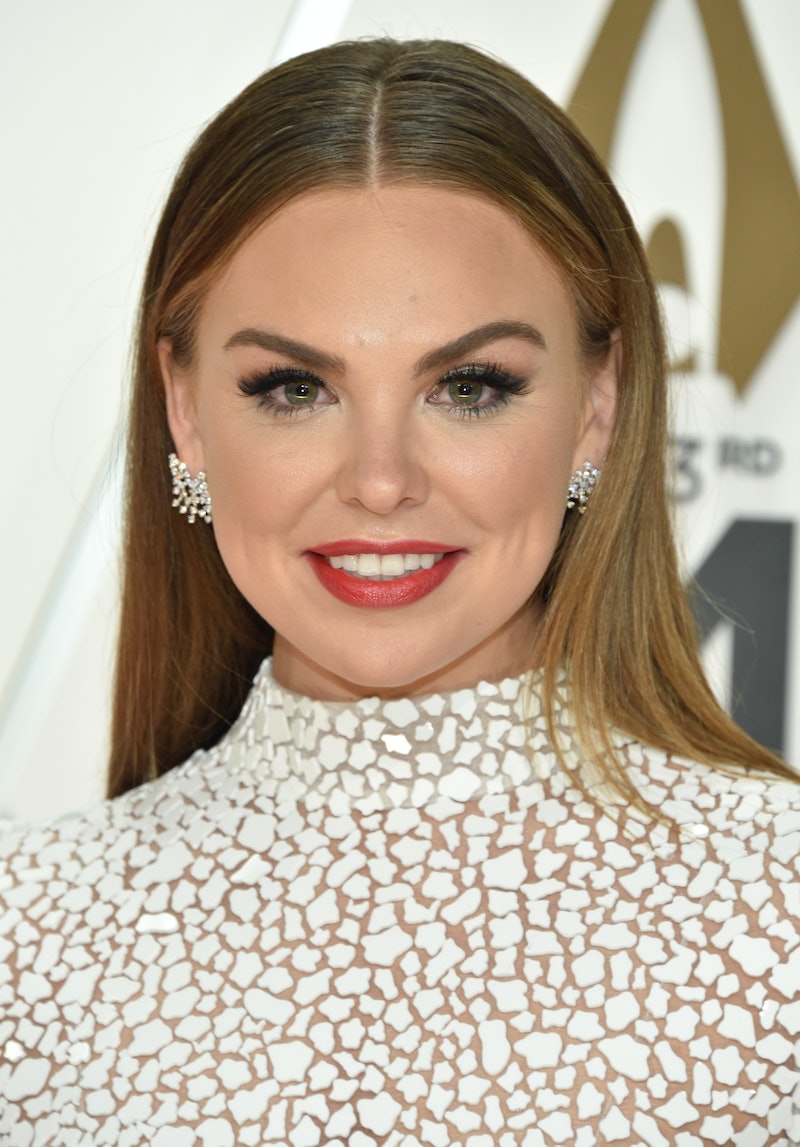 After her run as ABC’s Season 15 Bachelorette ended in 2019, Hannah Brown fox-trotted right onto another reality show, ultimately winning Dancing with the Stars Season 28 months later. To help ease the anxiety of her newfound fame — and the scrutiny that came along with it — Brown began drinking excessively, something she shared in her 2021 memoir, God Bless This Mess. More recently, she elaborated on her problematic relationship to alcohol on the Tamron Hall Show’s April 29 episode, explaining how being in the spotlight played a big role. “I’d never really been a drinker before and I was on TV like every Monday for an entire year [and] didn’t know how to handle how my life had so publicly been displayed,” she said.

Explaining that she kept a smile on her face and “tried to pretend like everything was OK” in public, Brown struggled privately. “When I was at home by myself, the only thing that was really giving me comfort was a glass of wine, and then it became more than that,” the Alabama native told Hall. “And no excuses for mistakes that I’ve made, but also, I was not in the best place of life and didn’t know what resources I had to be able to get that help.”

In the past two years, the former Bachelorette has had a “perspective shift,” as she said on the Tamron Hall Show. She discovered how helpful it can be to talk about the difficult “things that have impacted [her] life,” especially after seeking help. “Therapy’s just been such an amazing thing for me to heal and to move forward, and to also be able to share my story and in a way that can connect to other people who have also faced similar ... unfortunate experiences in life,” she added.

Brown — who’s openly discussed her experiences with anxiety and depression — previously told Bustle that more than a year of therapy and a deliberate step back from Bachelor Nation helped her find her footing. Prior to that though, the public scrutiny from The Bachelorette and beyond had pushed her to a breaking point. “I lived my life as a ‘good girl.’ I didn’t really make mistakes — make mistakes that people saw — up until I was in front of millions of people [on TV],” she said in November 2021, adding that, as a devoted Christian, the blowback from the religious community about her Bachelorette sex positivity was particularly crushing.

In her book, the former beauty pageant winner further described alcohol as serving as “another way of avoiding big problems” in her life, but noted her relationship to drinking “definitely changed a lot” after she came under fire in May 2020 for singing the N-word on Instagram Live. (“There is no excuse and I will not justify what I said,” Brown wrote in one part of her Instagram apology afterward.) In November 2021, she told Entertainment Tonight that she was “not really drinking right now,” citing her mental health.

“I’ll have a glass of wine or two, but [not more] ... I thought I’d never have problems with [alcohol]. I just never had that personality,” Brown, who’s also now in a relationship with boyfriend Adam Woolard, added to ET. “I’ve definitely reassessed how alcohol is a part of my life... You just are not going to find what your heart needs in that. I think just a lot of people, we do that. We kind of fill a void. I was definitely finding myself in that cycle.”