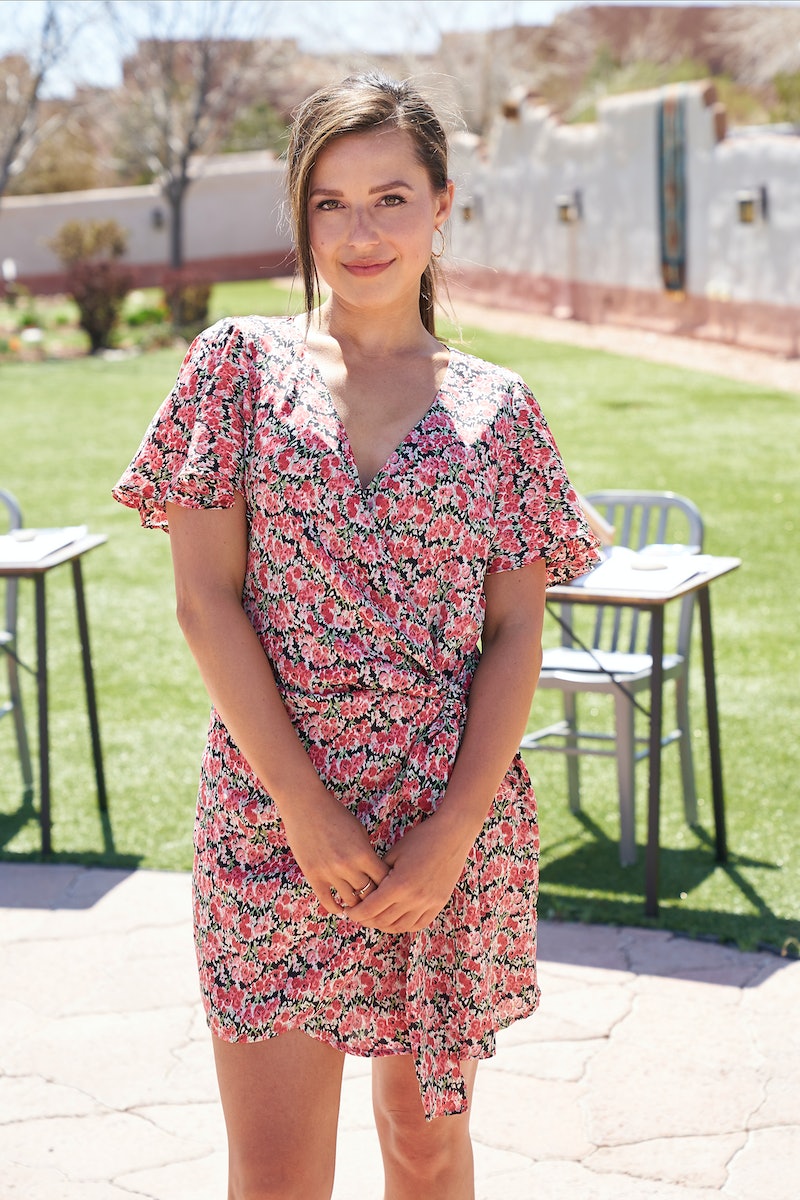 Bachelorette star Katie Thurston isn’t sweating her haters. The trolling began after Thurston posted a steamy Instagram photo of herself lounging on a bed while clad in black lingerie on Thursday, July 29. Although many followers complimented the self-described “sex-positive” reality star in the post’s more than 1,700 comments, Thurston called out several of the hateful posts that were intermixed with them.

After one person predicted that Thurston “did not find a husband” on The Bachelorette based on the photo, she corrected them, replying, “There typically isn’t a wedding at the end.” Another commenter asked why she’s not portraying “a respectable bachelorette a week away from a public proposal,” to which Thurston replied, “I am me. No one owns me.”

In a third clap-back, the Bachelorette told one user who asked her to “save that for the bedroom” for the sake of “young girls” who look up to her to just pretend she’s in a bikini on a sandy beach. “It’s the same thing,” Thurston added. “Women can love and embrace their bodies however they’d like. Not be ashamed of them.”

Thurston’s public reply? “This sounds like a problem within the relationship itself. I’m not going to change my ways to cater to a man with a problem. This reminds me of how girls in schools have to wear longer dresses so that the boys aren’t distracted. No. Just no. If a picture of another woman is hurting a relationship, the root cause is deeper than my picture.”

She had plenty of support, too. Thurston shared model Courtney Tillia’s Instagram story telling the trolls to “stop f*cking telling women what to do with their bodies or how they should express themselves.” She continued, “A woman’s self-love, beauty, sensuality, energy, and unique expression is a gift to the world — NOT something to suppress, control, or limit.”

In a more lighthearted moment, Thurston shared a meme from comedian Dave Neal with her face superimposed onto a Handmaid’s Tale-style uniform. “I saw that @thekatiethurston is causing a ruckus with her Instagram shenanigans, so to help keep the men from impure thoughts I figured she might just wanna post this from now on,” he joked. “Protect our men.”

At least Thurston seems to be able to find some humor in the situation.

More like this
Hannah Ann Got Engaged 3 Years After 'The Bachelor' & The Proposal Was Dreamy
By Grace Wehniainen
Zach Reveals The Chaotic 30 Minutes That Were Cut From ‘The Bachelor’ Premiere
By Grace Wehniainen
'Bachelorette' Vet Clare Crawley Unveiled 2 Special Wedding Day Accessories
By Stephanie Topacio Long
Zach Swears He Didn’t Look Up Contestants Before The Bachelor Began Filming
By Brad Witter
Get Even More From Bustle — Sign Up For The Newsletter
From hair trends to relationship advice, our daily newsletter has everything you need to sound like a person who’s on TikTok, even if you aren’t.