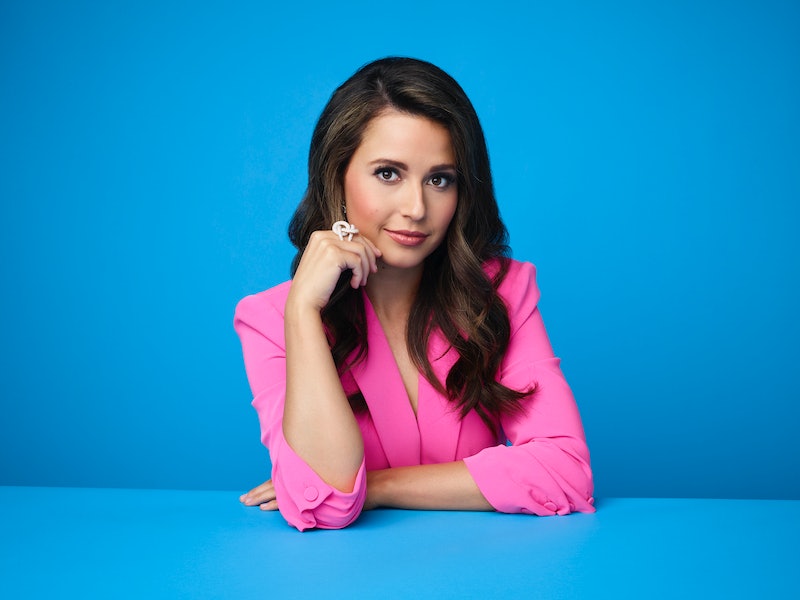 Potential spoilers and speculation ahead for Katie Thurston’s Bachelorette season. Unlike The Bachelor, The Bachelorette has almost always ended with an engagement. And if rumors prove true, Katie Thurston’s season will be no different. “Katie definitely got engaged at the end of this,” Bachelor blogger Reality Steve claimed. “And unless she breaks up before the finale [airs] ... she’s happy and engaged as we speak.”

Katie has, predictably, been more vague about how her season pans out, hinting only that she’s “very happy” to Entertainment Tonight in a June interview. “Everything happens for a reason, and when you embrace that and let go of control then you find your happiness,” she said. “I'm engaged to myself, that's what I've been saying for now.”

A source also claimed to The Sun that ABC executives “felt it was crucial for the future of the [Bachelor] franchise [that Katie’s season] have a more traditional, happy ending,” after Matt James’ season ended with a breakup (and a lot of controversy). “Producers didn't force Katie to get engaged but there was definitely pressure for it to end in that result,” added the insider. “Luckily, it all worked out.”

Exactly who Katie is engaged to is more of a mystery, though some fans believe she’s been dropping subtle clues about her winner. One of the earliest fan theories was that Katie accidentally revealed her winner in a May 14 Instagram post. The evidence? She posted a photo taken at San Diego-area restaurant Duke’s La Jolla — where contestant John Hersey reportedly works as a bartender — with the wedding-themed caption, “Something borrowed. Something blue.” As viewers now know, however, Katie sent John home during Week 3, and the two have simply remained friends after the show.

Since then, much attention has been centered around Greg Grippo, who became a frontrunner after earning Katie’s first impression rose. Early on, viewers spotted Katie and Greg wearing a very similar-looking beaded bracelet following a group date, leading many to believe that he’s the final rose winner. Working against that theory, however, is the fact that Katie “liked” (and later “unliked”) a shady Instagram post about the rumors that Greg came on the show to become an actor. As a result, Greg’s sister Samantha posted in a since-deleted comment that she was “really disappointed” in Katie for liking the post.

Meanwhile, viewers have also been looking to Blake Moynes, who arrived in the June 28 episode after competing on Clare Crawley and Tayshia Adams’ joint season of The Bachelorette. There aren’t a ton of clues that he’s the winner aside from his clear chemistry with Katie, but viewers have pointed to the fact that he’s been increasingly posting pictures of his cat (aka Katie’s favorite animal) and that his mom commented on an Instagram post suggesting his third try on the franchise was successful.

With only a couple of episodes remaining in the season, fans won't have to wait long to find out who Katie chooses. See how it all unfolds when The Bachelorette finale airs on Aug. 9.