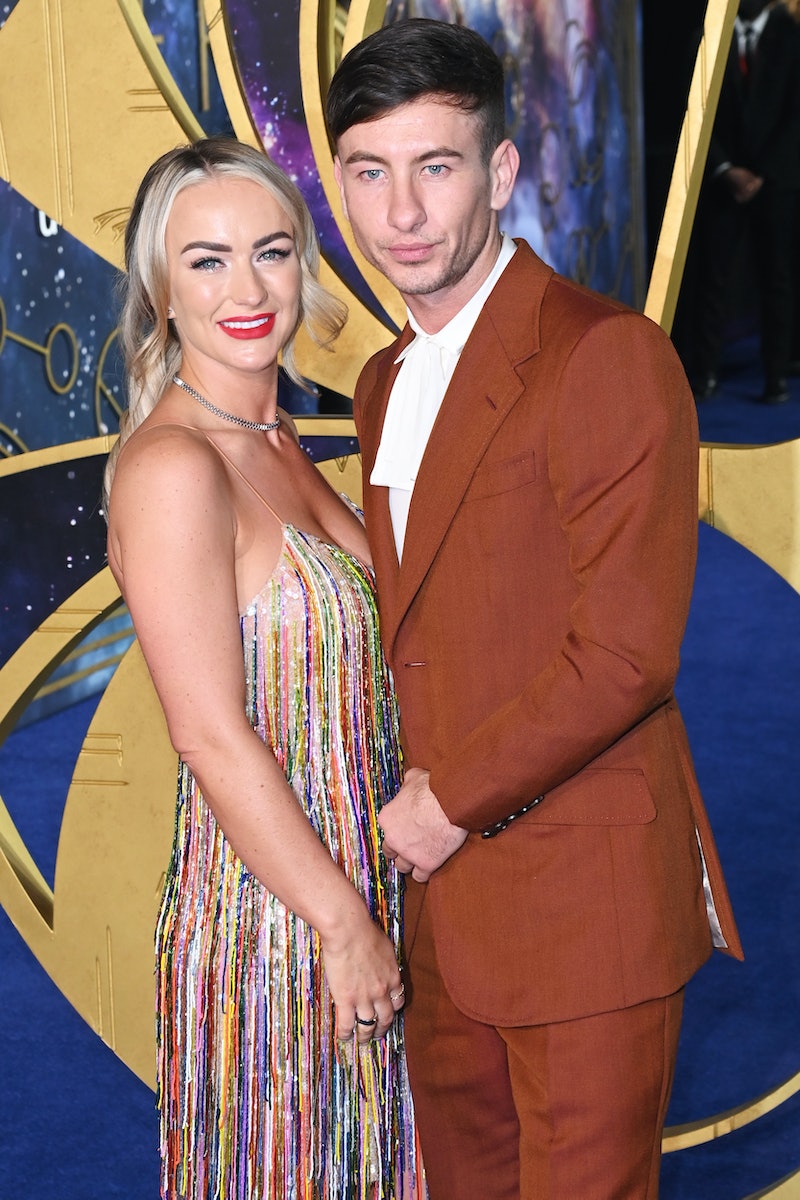 No matter his role or the film, Barry Keoghan finds a way to leave an indelible mark on his audience. The 30-year-old Irish actor plays a supporting but key role in The Banshees of Inisherin and also recently appeared in The Eternals and The Batman, as well as Dunkirk and The Green Knight. In 2023, he returns to the screens in Emerald Fennell’s Saltburn — a project described as a story about “obsession centred on an aristocratic English family” — the first film in which he plays a lead role. Whilst Keoghan is mastering his craft as an actor, what do we know about his personal life off-screen? And is he dating anyone?

The actor has been in a long-term relationship with Scottish orthodontist Alyson Sandro since February 2021. In fact, this summer, the couple welcomed their first child together in August, with Keoghan announcing their pregnancy on Instagram Stories with a Father’s Day picture featuring the sonogram. Later, when their son was born, the actor posted an intimate photograph of the family of three with the caption, “Welcome to the pack my boy Brando.”

Little is publicly known about Sandro’s life (her Instagram account is also private) but Keoghan often fangirls over his partner on his social media. From pictures of her kissing their dog Koda, cute collages of the couple on a holiday to high octane stylised red carpet pictures together, the actor is all heart for his other half.

In March, Keoghan also shared Instagram Stories from what seemed like their gender reveal party as the couple stood surrounded by blue confetti with the caption, “He or she, what will the baby be?” Since then, Keoghan has shared a few snaps of their son, giving fans a small glimpse into their family life.

In a recent interview with GQ, the actor revealed that he met Sandro at a pub and she “didn’t care” that he was an actor. Sandro responded, “He was saying he plays a superhero in a film. I went, ‘Who, Spider-Man?’” The couple revealed that Keoghan had to show Sandro photos from The Eternals set with Angelina Jolie to convince her of his job.

In the interview, the pair said once Keoghan completes filming for Saltburn they will move north to Scotland, perhaps by the beach on the east coast to be closer to Sandro’s family. The actor added, “Wherever Alyson or my boy is… That’s home for me now.”

More like this
Joey Essex Is Rumoured To Be Dating A 'Love Island' Favourite
By Sam Ramsden
4 Surprising Celeb Throuples That Got The Internet Talking
By Sophie McEvoy
Gemma Atkinson & Gorka Márquez Are Strictly The Sweetest Couple
By El Hunt
Michaela Coel Has Some *Thoughts* About The Nepo Baby Discourse
By Maxine Harrison
Get The Very Best Of Bustle/UK
Sign up for Bustle UK's twice-weekly newsletter, featuring the latest must-watch TV, moving personal stories, and expert advice on the hottest viral buys.