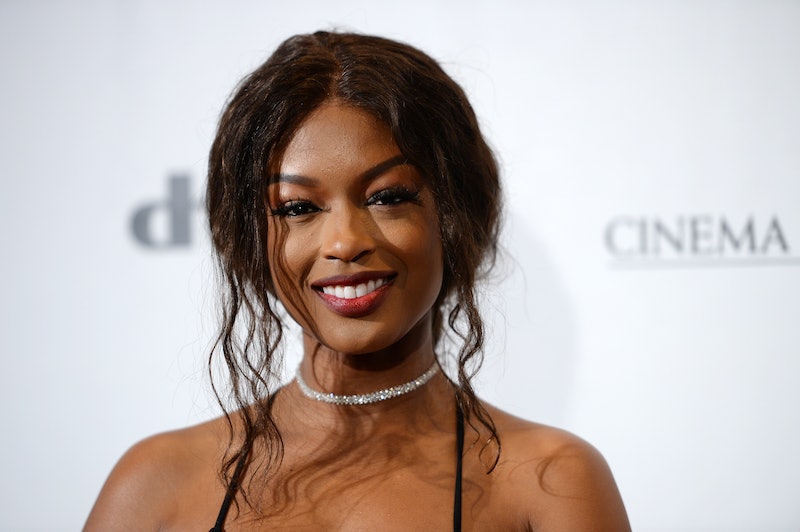 There's a new superhero in town, and she's already making waves. Javicia Leslie has been cast as the new Batwoman, The CW announced on Wednesday, July 8. When Batwoman inevitably returns for Season 2, Leslie will become the first Black actor to play the title superhero on television.

"I am extremely proud to be the first Black actress to play the iconic role of Batwoman on television," Leslie said in a statement, per Variety. "And as a bisexual woman, I am honored to join this groundbreaking show which has been such a trailblazer for the LGBTQ+ community."

When former Batwoman star Ruby Rose announced she would be leaving the series after just one season in May, it was a major blow to LGBTQ+ fans. Rose played Katy Keene, a gay young woman — the first gay live-action superhero lead in TV history. And many fans were concerned that the show wouldn't honor its LGBTQ characters, especially after word got out that not only would Rose, a queer actor, be leaving the show, but that her character, Katy, would not be recast. With her statement, it's clear that Leslie wants to continue the show's LGBTQ legacy, while also breaking new ground for Black female superheroes.

Meanwhile, Leslie already has Rose's support. The actor took to Instagram shortly after the news was announced, writing in part, "I am so glad Batwoman will be played by an amazing Black woman."

Leslie will play Ryan Wilder, a character who has been described as rough around the edges; a skilled fighter who is about as far from the Chief of Police's daughter as you can get. Batwoman showrunner Caroline Dries previously teased the brand new lead in June. "I'm inventing a whole new character who in her past was inspired by Batwoman, so she will take on the mantle and is completely maybe not the right person at the time to be doing it," Dries told Deadline. According to Variety, Ryan is also "an out lesbian" — though whether she will also be romancing Meagan Tandy's Sophie remains unknown.

It's unclear when fans will actually get to see Leslie's Batwoman. The show is currently in coronavirus limbo, along with the rest of Hollywood productions. However, in May, The CW tentatively announced its upcoming schedule, with a new season of Batwoman slated to premiere in January of 2021.