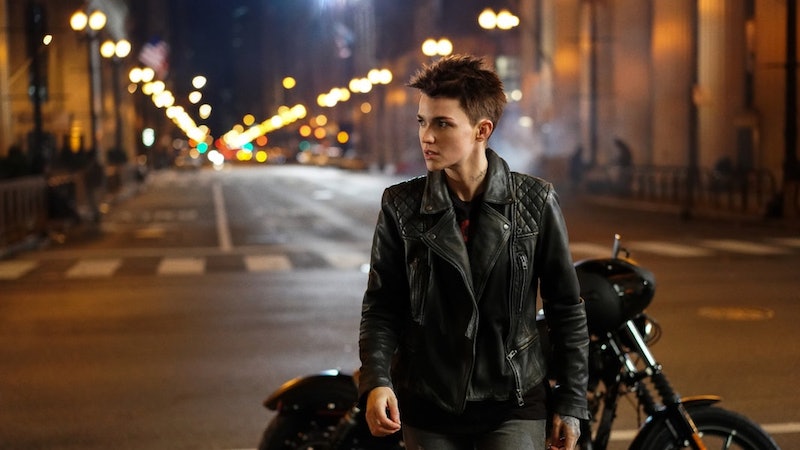 Gotham City’s latest mystery has come thanks to Ruby Rose’s sudden departure from Batwoman after just one season. Now, a possible explanation has emerged for the abrupt exit. Rose announced on May 19 that she would not return as Kate Kane, otherwise known as Batwoman, for Season 2 of the CW series. Further, Warner Bros. TV, Berlanti Productions, and the CW thanked Rose for her contributions in a joint statement and said the role would be recast prior to the start of its sophomore season.

In the wake of the abrupt exit, a source has claimed that the departure “wasn’t 100% [Rose’s] decision” and likened the situation to a mutual breakup. According to a source close to the show, Rose did not acclimate well to the long hours and life in Vancouver, Canada, where the superhero series was filmed. “She wasn’t happy working on the show, and did that make her fun to work with? No,” the source told TVLine on May 20. “So everyone decided it would be in the best interests of the show, and for all concerned, if they parted ways. It just wasn’t a good fit.” Neither Rose or Batwoman producers have addressed the reason behind the exit, but sources have said it has nothing to do with the stunt injury Rose sustained during Season 1 that resulted in emergency surgery.

“I have made the very difficult decision to not return to Batwoman next season," Rose’s wrote in her official statement, per The Hollywood Reporter. "This was not a decision I made lightly as I have the utmost respect for the cast, crew and everyone involved with the show in both Vancouver and in Los Angeles.” Thanking various individuals and companies behind the show, Rose wrote, “Thank you to everyone who made season one a success — I am truly grateful.”

In their joint statement, the CW, Warner Bros. TV, and Berlanti Productions revealed plans to hire another lead actor from the LGBTQ community. Upon Batwoman’s premiere, Rose made TV history as the first openly gay live-action superhero lead. In an interview with Glamour in September 2019, Rose reflected on the feat but ultimately rejected the label. “Her being gay, it’s definitely part of who she is, and it's definitely part of the story and establishing why she's not in the military anymore,” Rose said. “But the show is not about a gay superhero. It’s about a superhero.”

More like this
'The Queen’s Gambit' Season 2 Tweet Wasn’t From Anya Taylor-Joy
By Mary Kate McGrath, Jack Irvin and Grace Wehniainen
Netflix Shut Down 'Bridgerton' S3 Rumours About A “Very Dark” Storyline
By Bustle
'GoT' Star Emilia Clarke Says She "Just Can't" Watch 'House Of The Dragon'
By Brad Witter
Everything To Know About 'RHONJ' Season 13
By Brad Witter and Jake Viswanath
Get Even More From Bustle — Sign Up For The Newsletter
From hair trends to relationship advice, our daily newsletter has everything you need to sound like a person who’s on TikTok, even if you aren’t.