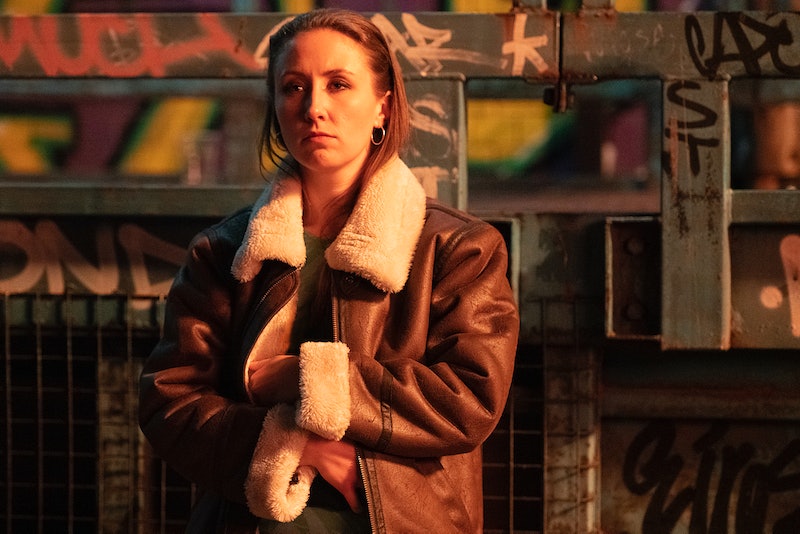 Starring a host of British rising stars, including The Crown actress Erin Doherty, BBC One’s new series Chloe has been tipped as a psychological thriller for the social media-obsessed generation. Described as "a mystery about obsession, deceit, identity, and grief," the six-part series is gearing up to challenge how we view picture-perfect lives on Instagram via a whodunnit mystery plot that sees a young woman infiltrate the glamorous life of her social media obsession after she turns up dead.

Created by Sex Education director Alice Seabright, the psychological thriller has already been compared to Netflix’s hit dystopic thriller Black Mirror, for its dark portrayal of modern life. With the first look for the new Bristol-filmed series freshly unwrapped for 2022, here’s everything you need to know about Chloe.

Good news, there’s not much longer to wait as Chloe will be released on BBC One, BBC iPlayer, and Amazon Prime worldwide on Feb. 6.

Ahead of the release, the BBC has dropped a dramatic new trailer for the series starring Doherty as social media obsessed Becky Green, who is searching for the truth regarding titular character Chloe’s death. While the “dark side of social media” is the show’s overarching theme, Becky seems to not have much time for mindless social media scrolling as the trailer teases a complicated plot with many twists and turns.

From the first look, the plot is somewhat relatable. Fresh from playing Princess Anne in The Crown, Erin Doherty stars as Becky, a temp. worker still living with her mum, who compares her life to the picture-perfect ones she sees on Instagram. Per the synopsis, Becky compulsively returns to one account: Chloe’s (played by Poppy Gilbert).

“Becky obsessively watches her seemingly flawless life through social media,” details the synopsis. “But when Chloe dies suddenly, Becky’s need to find out how and why leads her to assume a new identity and engineer a ‘chance’ meeting with Chloe’s best friend, Livia (Pippa Bennett-Warner), and infiltrate Chloe's group of close-knit friends.”

“Becky is a complex, courageous heroine and there is no one better to play her than Erin. All these characters have been a dream to write, and it now feels like they’ve found their soulmates in our amazing cast,” said Seabright in a statement.

As mentioned earlier, Doherty takes on the starring role of “courageous” Becky Green, who recently revealed that she relates somewhat to her character’s social media obsession. As the actor told The Guardian, “That’s the scary thing about Instagram. It has all these glorious things. Even for someone like me, who isn’t on it day to day, I still find myself looking at all these photos and being like, ‘Right, well, where am I going to get that set of plates from?’ Why do I care? It’s crazy!”

More like this
'The Traitors' Is Officially Being Turned Into A Board Game
By El Hunt
Joey Essex Is Rumoured To Be Dating A 'Love Island' Favourite
By Sam Ramsden
Barney Walsh Has Been Linked With This Famous Miss World Winner
By Sophie McEvoy
'Love Island' Has Added Yet Another Bombshell To The Villa
By Bustle UK
Get The Very Best Of Bustle/UK
Sign up for Bustle UK's twice-weekly newsletter, featuring the latest must-watch TV, moving personal stories, and expert advice on the hottest viral buys.