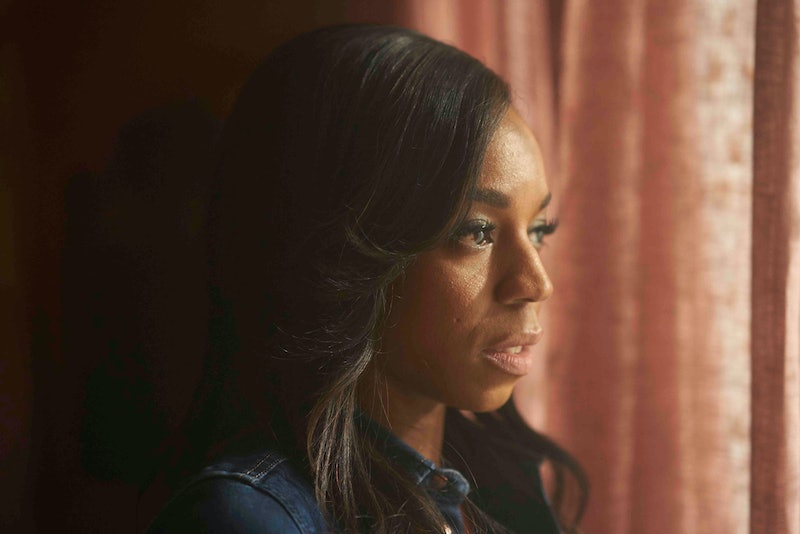 When it comes to dramatising a real-life story, there is a serious pressure on the writers and producers, but also the actors. Especially when the story is one of national importance and personal significance. Such was the challenge for Pippa Bennet-Warner with her latest role in Sitting In Limbo.

The new feature-length BBC One drama Sitting In Limbo tells the story of Anthony Bryan, one of the many victims of the 2012 Hostile Environment legislation, a policy aimed at making the UK unliveable for undocumented migrants and push them to leave the country. Written by Bryan's brother, novelist Stephen S. Thompson, the TV drama illustrates the very human cost of the Windrush scandal. Starring opposite Patrick Robinson (Casualty, The Bill, Mount Pleasant), Nadine Marshall (Save Me, National Treasure, The Innocents), and CJ Beckford, Bennett-Warner plays the role of Eileen, Bryan's daughter.

The actor is best known for her performances at the National Theatre and shows including Silent Witness, The Awakening and, most recently, Gangs Of London. But with Sitting in Limbo, she tells gal-dem, it was personal. “I started reading and I couldn’t stop crying and crying. I just couldn’t believe the brutality and the personal questions. The whole thing was completely shocking to me and that’s why I wanted to do it.” (Her mother is Jamaican, father is from St Kitts and grandparents came to the UK in the '50s before sending for her parents.)

Bennett-Warner was brought up on the Oxfordshire / Buckinghamshire borders, and went to school in the country in the early '90s. She then went to RADA, a famous drama school in London. She had early success by starting her career as the young Nala in the West End's Lion King at age 11, before acting alongside Eddie Redmayne in Donmar Warehouse’s Richard II, and in BBC family saga MotherFatherSon with Richard Gere.

More recently, she starred in Harlots, an 18th-century sex workers drama in which she plays Harriet Lennox, and Gangs of London, which is now available to stream on NOW TV. The video-game-inspired show begins when the head of London’s most powerful crime family is murdered, ensuing in a race for power by international gangs as his family plot their revenge. Bennett-Warner plays Shannon, the daughter of the dead man's partner-in-crime. The role was significant, she said, because it was so diverse and international: "I really felt it honoured the London I live in," she told The Scotsman, "it’s the London we all know, represented on all fronts with all its diverse languages." (The characters all had the opportunity to speak in their mother tongue in the show, from Albanian and Kurdish, to Urdu and Danish.)

Diversity is an important issue to the actor, who has previously spoken out about her experiences as a Black woman in the television industry:"I think when I came to RADA, that was an interesting experience. I mean, I really loved it and I wouldn't have changed my time there in the world, but leaving RADA, you know, there were certain things that I couldn't play because I was black," she told GLAMOUR. "The industry was in a different place as to where it is now. The colourblind casting in period dramas wasn't really happening in 2010, so it was a different atmosphere in the industry."

She hopes Sitting in Limbo will “help bring awareness” to how people involved in the Windrush scandal were – and continue to be – treated. “People are still suffering from this,” she tells gal-dem. “People haven’t received any compensation and people lost their lives over the years, they couldn’t afford to keep their homes. It can’t be forgotten, it shouldn’t be forgotten. It shouldn’t be glossed over.”