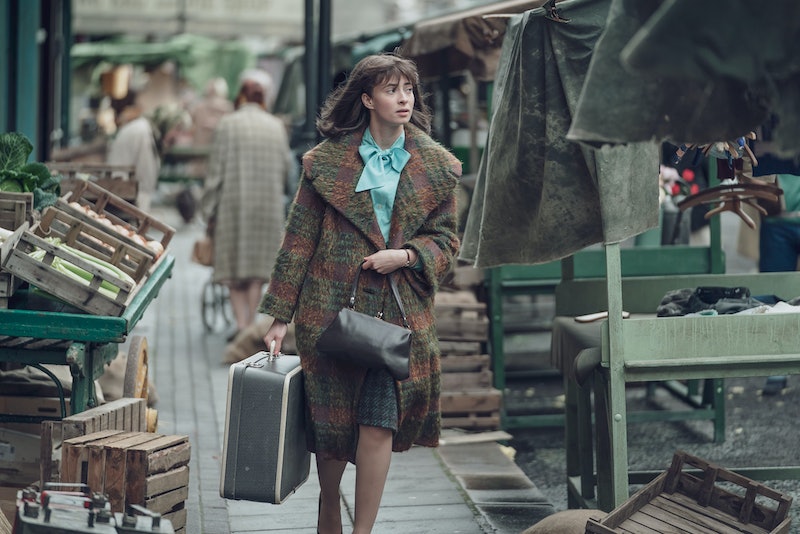 BBC One’s Ridley Road started on Sunday night – each episode airs on Sundays, but all four are now available on iPlayer if you want to catch up in one go – and the (mostly) positive reviews are in. The screen adaptation of Jo Bloom’s debut novel stars lead actors Agnes O’Casey and Tom Varey as Vivien and Jack (their on-screen chemistry is brilliant), alongside Rory Kinnear, Eddie Marsan, and Tracy-Ann Oberman as central characters. And, while the majority of the story is set in London – following a group of anti-fascists who rally against the neo-Nazi movement in post-WW2 Britain – viewers may be wondering where exactly Ridley Road was filmed.

Though the story begins in Manchester, the action soon moves down to Ridley Road in Dalston, London, where most of the scenes play out. Interestingly however, it appears that filming for the series did not take place in London at all. In fact, for the shots that seem to be set in London’s East End, filming locations in Manchester have instead been transformed.

According to reports, most filming took place in Manchester’s Northern Quarter, around Tib Street, Piccadilly, and Ancoats. Other scenes were shot a little further afield in Greater Manchester, such as Stamford Street in Ashton-under-Lyne, and Bolton’s Silverwell Street, Le Mans Crescent, and Town Hall.

The team behind Ridley Road used vintage props and shop signs to create the sets in each location. However, despite their best efforts to transform the streets of Manchester into London, some viewers were not fooled. Following Sunday’s episode, the backdrops came under scrutiny for perhaps not being as convincing as the team had hoped.

Several Tweets pointed out that the scenes that were supposed to be in London didn’t look quite right, from a lack of London bricks to incorrect road markings. One wrote: "Once again in BBC drama set in London there is little or no London brick on view in #RidleyRoad. Filmed in Salford?"

Ridley Road continues at this Sunday 10 Oct. at 9 p.m.on BBC One, and the whole series is available to stream on BBC iPlayer.