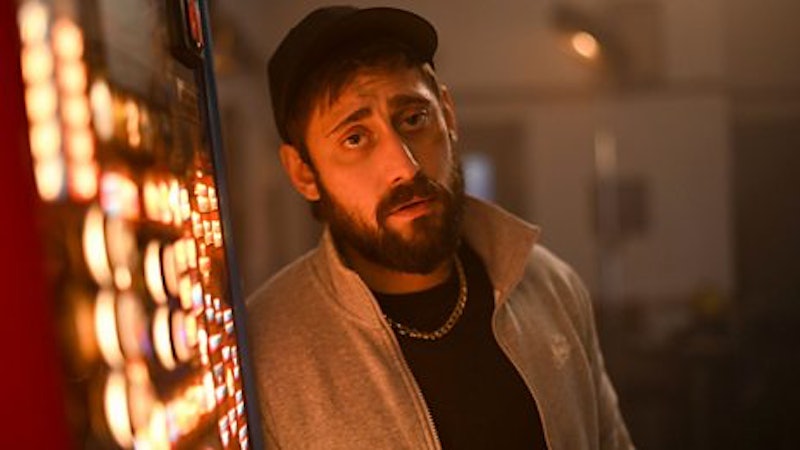 From the mind of Derry Girls creator Lisa McGee, BBC Three’s Skint offers a stark dramatised look at people experiencing poverty in the UK. Described by the network as “darkly comic, poignant, and sometimes devastating,” each episode features a monologue following a different person’s experience. Derry Girls’ Saoirse-Monica Jackson — best known to fans as Erin Quinn — takes the lead role in one such story. You’ll also spot This Is England’s Michael Socha, In The Dark’s Emma Fryer, Grantchester’s Gary Beale, and The Victim’s Isis Hainsworth throughout the series.

On her passion for spotlighting working class narratives, McGee told The Guardian: “It gets forgotten in the mix of all these discussions, and that’s the thing that affects everybody. If you’re poor, you’re poor, no matter what. It takes race and religion and all that stuff out of it. Everyone that’s very poor is screwed, and people in that situation need to be heard.”

Describing the monologues, she continued: “You wake up every day and everyone’s depressed and lonely. People need joy, they need to laugh, I definitely don’t want to be spending all my time doing something depressing.”

So, will they be returning for a second season? Long story short: it’s too soon to know.

Looking back, BBC Arts has produced several other shows in the same style as Skint. With CripTales, Soon Gone: A Windrush Chronicle, and Snatches: Moments from Women’s Lives all told in the same monologue style as Skint. Despite their popularity, they sadly only ran for one season.

That said, you can watch Skint, season one, over on BBC iPlayer.