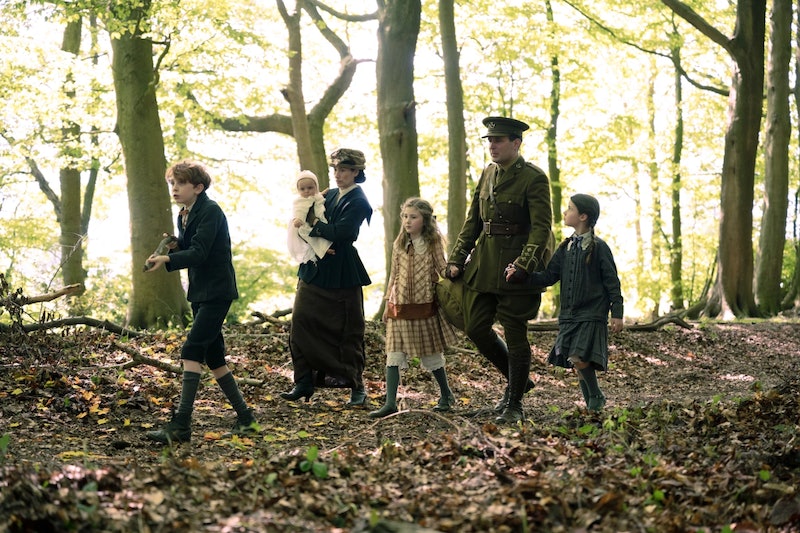 The BBC adaptation of Kate Atkinson’s novel Life After Life has instantly gripped viewers with its complex tale of reincarnation. Thomasin McKenzie portrays Ursula Todd, a girl who has lived a dozen lives because she continuously dies and is reborn elsewhere. As viewers tune in to see what the future holds for Ursula, many will undoubtedly be intrigued by the stunning locations featured in the four-part series. So, where was Life After Life filmed?

The period drama was mostly filmed in and around Basingstoke in Hampshire, South East England. Interestingly, the location is pretty popular when it comes to period dramas. Hit shows such as Netflix’s The Crown and ITV’s Downton Abbey have filmed scenes in the area.

Meanwhile, Hollywood blockbusters including Gladiator, The Da Vinci Code, and Inception were also shot in Hampshire.

Life After Life filmed scenes at The Vyne National Trust property in Sherborne St John. The picturesque setting is a popular tourist destination due to the fact the former Tudor palace was visited by King Henry VIII and Anne Boleyn. It was later transformed into the family home of lawyer and politician John Chaloner Chute, and has become a go-to site for those wanting to take a step back in time.

Elsewhere, production took place outside Basingstoke’s All Saints’ Church, which has been renamed as St. Saviours Church in the drama. According to the Basingstoke Gazette: “The team were spotted shooting scenes outside the church, with the camera crew having to stop every few minutes to let traffic and pedestrians past.”

“The scene appeared to be a wedding, with the cast standing outside the church renamed St Saviour’s Church, in Norwood, for the film, which was written on a temporary sign.”

Lead actor McKenzie was reportedly spotted on set, alongside her on-screen mum and dad, played by Fleabag actress Sian Clifford and Mare of Easttown’s James McArdle.

Life After Life continues Tuesdays on BBC Two, with all four episodes available to stream on BBC iPlayer.