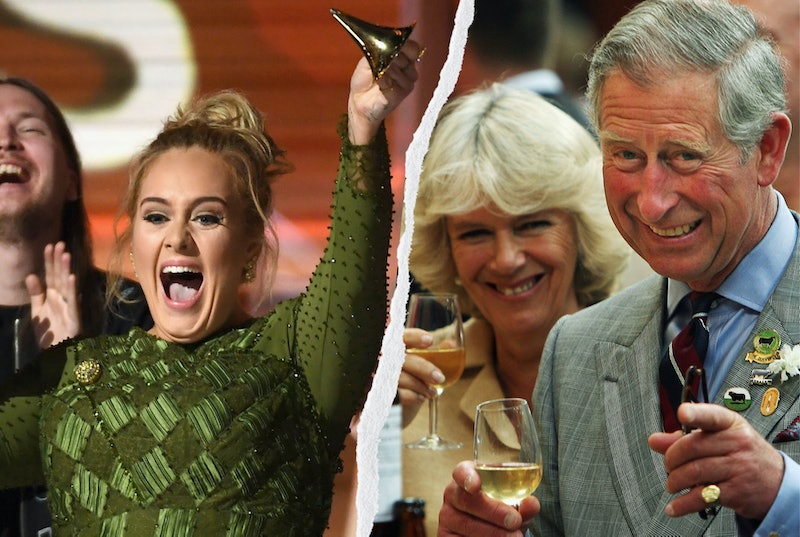 The nervous energy was rife across England on Wednesday (July 7) – but so was the excitement. Prince Charles royally set the mood ahead of England’s match against Denmark by inviting the Coldstream Guards to perform “Sweet Caroline” and “Three Lions” outside Clarence House, wishing the team luck as they attempted to take their place in the Euro 2020 final.

And for the first time since 1966, England advanced to the final of a major competition. Wembley Stadium erupted in thunderous applause, with all the classic football anthems – and even a few new ones, including Atomic Kitten’s catchy “Southgate You’re The One” – being belted across the pitch and up and down the country.

Dozens of celebrities were quick to flood social media with their celebrations, both inside and outside the stadium. “Big night tonight and proud to have been stood there watching Gareth and the boys make history,” former England captain David Beckham wrote on his Instagram Story. “Hard fight to the end, but wow was it worth it... well done boys & well done to the incredible fans in the stadium and around the country. What a night.”

Beckham was joined in the stadium by the likes of Roman Kemp, Rob Beckett, and even Prince William who was spotted ecstatically applauding Harry Kane’s winning goal, and “Three Lions” originators Frank Skinner and David Baddiel were giving their full support in the stands.

As for celebs watching at home, Adele and Oti Mabuse shared videos of their complete and utter excitement over the result. Dua Lipa and Ovie Soko shared their jubilation with some serious lewks that are sure to be replicated, too. Below are some of the best celeb reactions to England’s semi-final win over Demark.

Adele was all of us after that goal

Lewis Hamilton can’t get over that goal either

Southgate’s the one for Sadiq Khan

Roman Kemp had all the feels

Turns out Kim Cattrall is a Three Lions supporter

Chris Kamara continues to be a national treasure

The Rooney fam were in high spirits

And last but not least, Nigella feeling the love