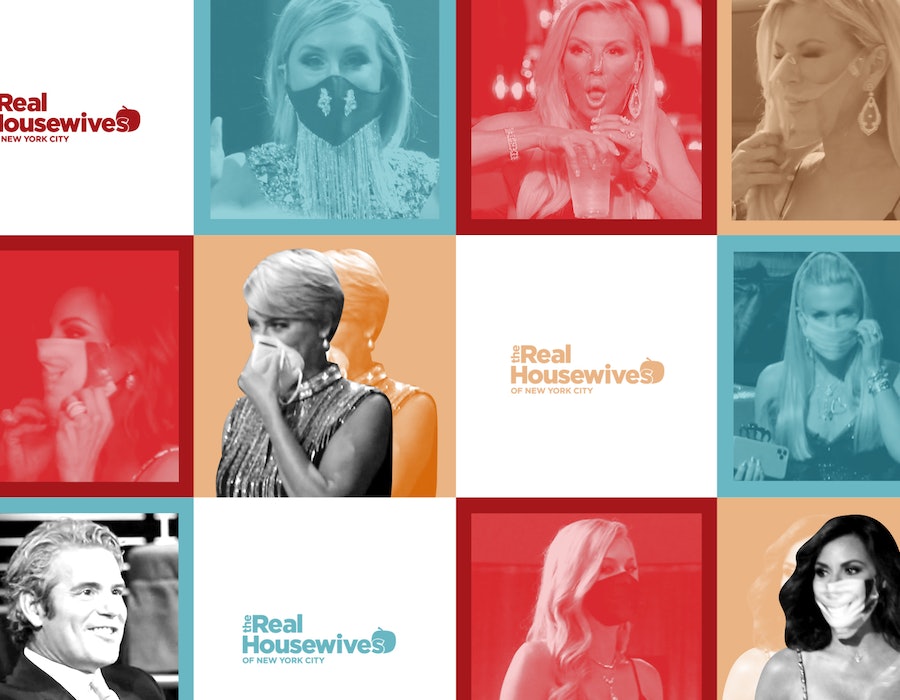 Reality TV is often rightfully accused of being anything but. This is by design: it’s highly produced and meticulously edited to create something resembling a scripted plot and characters. Reunion episodes, in particular, are often fine-tuned for maximum drama, usually with a focus on resolving personal issues between the cast. But the first episode of the Real Housewives of New York’s Season 12 reunion plumbed a little deeper, ironically giving us one of the most accurate reflections on TV of the pandemic anxiety we're all living through.

When the episode aired in early September, television was still trying to grapple with how to portray the pandemic onscreen. Live shows like Saturday Night Live were forced to film remotely while saddled with the unenviable task of trying to make our increasingly bizarre reality feel funny. And with most in-person production shut down, scripted series could only offer a wistful look back at our pre-pandemic world or else Zoom-filmed reunion specials in which our favorite characters cheesily reminded us that we’re all in it together.

Eventually, shows like Grey’s Anatomy, Superstore, and This is Us resumed filming and began airing episodes that addressed coronavirus head-on. But as stories hinged upon soap operatic drama (Grey's, This Is Us) and neat, resolvable plotlines (Superstore), they all failed to capture the minutiae that colored most of our day-to-day lives: doom-scrolling through Twitter, squabbling with family members about why we can't come home for Thanksgiving, and otherwise trying to go about life while mitigating a constant sense of unease. Instead, it was the housewives' petty finger-pointing that captured our new normal most aptly.

The episode opened with a scene recognizable to anyone who's tried to leave their house in the last nine months, albeit with more glamour: the cast arrived in ball gowns and diamond-fringed face masks, received temperature checks, and took their seats (each six feet apart) to rehash the season. Within minutes, a familiar argument broke out: Dorinda Medley and Leah McSweeney accused fellow housewife Ramona Singer of engaging in reckless behavior during quarantine, like treating the downtime like vacation, going out to bars, and attending a packed Hamptons party with a guest who later tested positive for coronavirus. Singer retorted that not only had she acted considerately, but also that she'd already gotten coronavirus and thus was not putting anyone at risk. Yelling, predictably, ensued.

As with any RHONY episode, there remained some separation from actual reality. After all, we were still watching a bunch of rich, entitled white ladies scream about Boca Beach Club, and for many people, the pandemic has brought far graver concerns than policing what their friends are posting on Instagram. But compared to the intensity of seeing frontline doctors battle COVID on Grey’s Anatomy, there was some odd comfort in watching the women try to hash out the same baseline conversation we were all having in real time: how to move through the world in a safe and responsible manner. As accusations flew over who was really in the wrong, the cast was confronting a dilemma we’ve all increasingly found ourselves in, feeling torn between wanting to keep everyone safe and to exist as a normal human again, but left without definitive guidance about how to do so.

Almost four months later, we’re not much closer to answers than the housewives. But in a year as truly unfathomable as 2020, it feels right that for a brief moment, our warped reality bridged with theirs.