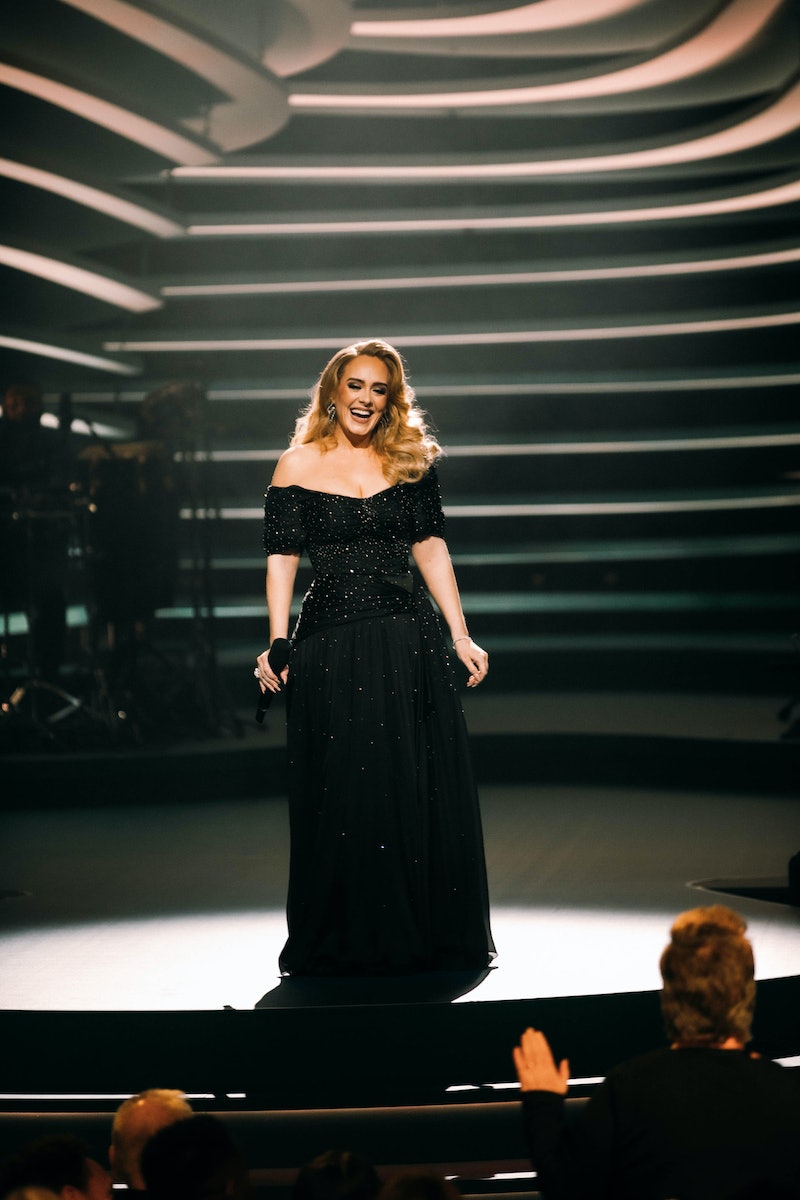 To mark the release of the new album 30, Adele returned home to London and gathered her fave celebrity Brits and hardcore fans — including Stormzy, Emma Thompson, Emma Watson, Idris Elba, David Tennant, Alan Carr, and many more national treasures — for an intimate concert at the London Palladium. Broadcast on ITV on Nov. 21, An Audience With Adele was a feast of some of the superstar’s best songs including new music, as well as the incredibly touching moment Adele was reunited with her Year 8 English teacher and was overcome with all the emotions.

Tears of joy aside, the concert had everyone in the audience on their feet – literally in the case of Emma Thompson who instructed everyone around her to stand up – and singing their hearts out. It wasn’t long before the evening became a game of “spot the famous person in the audience completely stanning Adele” like the rest of us mere mortals.

The one-off special also featured a series of hilarious moments which we’re yet to get over, and naturally, the internet was quick to respond by way of memes. From Alan Carr’s, um... pitchy singing voice to Emma Thompson living her best possible life (and quite possibly stealing the show), here are the best memes and tweets from An Audience With Adele.

Not quite sure, but I think Emma Thompson really, really likes Rolling In The Deep

Alan Carr’s singing voice is exactly how you expect it would sound...

Oh, to be there! So many invited, yet our invitation was yet to be seen...

Because if you weren’t singing along at home, at the top of your lungs, were you even watching?

A moment for Boy George’s incredible hat (and everyone trying to see the stage from the rows behind...)

More like this
Twitter Is Saying The Same Thing About Beyoncé's Renaissance World Tour
By Shahed Ezaydi
Eurovision Has Been Given A Whole New Look Ahead Of Its Liverpool Debut
By Bustle UK
Twitter Is Burning As Phoebe Dynevor Reveals Daphne’s 'Bridgerton' Exit
By Sophie McEvoy
Twitter Has Renamed Ekin-Su After *That* 'Dancing On Ice' Performance
By Sophie McEvoy
Get The Very Best Of Bustle/UK
Sign up for Bustle UK's twice-weekly newsletter, featuring the latest must-watch TV, moving personal stories, and expert advice on the hottest viral buys.