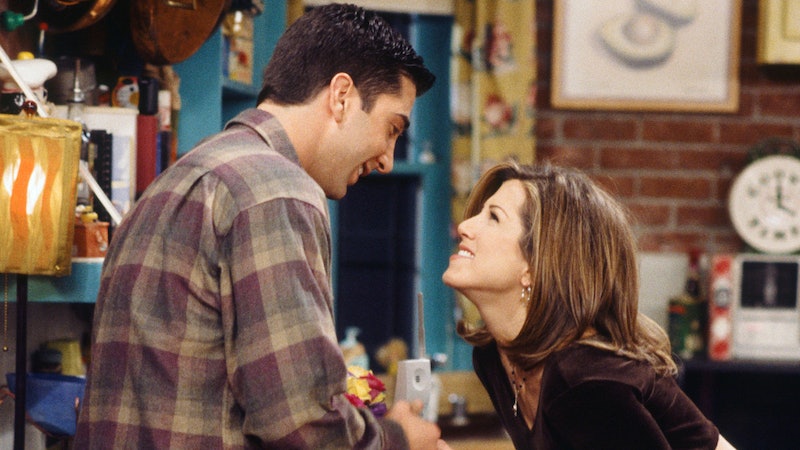 When it comes to celebrity romance, we’ve gone on quite the emotional rollercoaster over the last year. From the much-celebrated reunion between Jennifer Lopez and Ben Affleck to the unlikely pairing between Harry Styles and Olivia Wilde, you’d think we’d seen it all this year. Well, you’d be wrong.

For a decade, we watched the ups and downs of Ross and Rachel on Friends. We swooned over their first kiss, cried after the fallout from their “break”, and cheered as they finally reunited in the final episode. And now it’s rumoured that one of ’90s TV’s greatest love stories may have become a reality as dating claims between Jennifer Aniston and David Schwimmer have sent Twitter into overdrive.

At the recent Friends reunion, Anniston and Schwimmer revealed they both secretly had feelings for one another in the early days of filming. “At some point we were both crushing hard on each other, but it was like two ships passing because one of us was always in a relationship,” Schwimmer told host James Corden, adding: “We never crossed that boundary. We respected that.”

Since then, fans have been keeping a close eye on the pair, quietly manifesting. And today their prayers were seemingly answered, as claims emerged that the duo had grown closer and were potentially dating. Cue the oh my god’s – Janice style.

Sadly, a rep for Schwimmer has since come out to deny the reports, pretty much crushing out dreams. But that still hasn’t stopped fans of the hit ’90s TV show from tweeting their feelings about the whole thing.

Here are some of the best reactions on the internet so far:

Nobody Speak To Me

The One Where We All Want To Know More Info

It’s Too Much For Mike