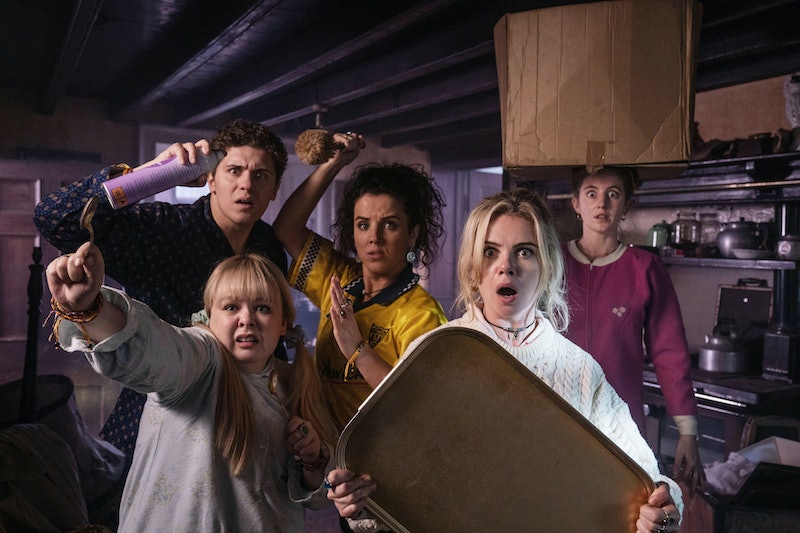 Following a lengthy hiatus, the much-anticipated third and final series of Derry Girls has arrived. To the delight of fans, Saoirse-Monica Jackson, Louisa Harland, Nicola Coughlan, Jamie-Lee O'Donnell, and Dylan Llewellyn each reprised their roles as the much-loved Derry crew — Erin, Orla, Clare, Michelle, and James.

The Channel 4 comedy once again centres on our favourite Northern Irish teens as they hilariously navigate their way through adolescence at Our Lady Immaculate College, under the watchful eye of Sister Michael. The show’s creator Lisa McGee had previously revealed that season three would take place in 1995, with peace and the Good Friday Agreement of 1998 on the horizon.

“What a first episode… welcome back, icons,” wrote one excited fan on Twitter, while another user said they had “missed their chaotic energy so much.”

Find some of the best social media reactions to the Derry Girls premiere below.