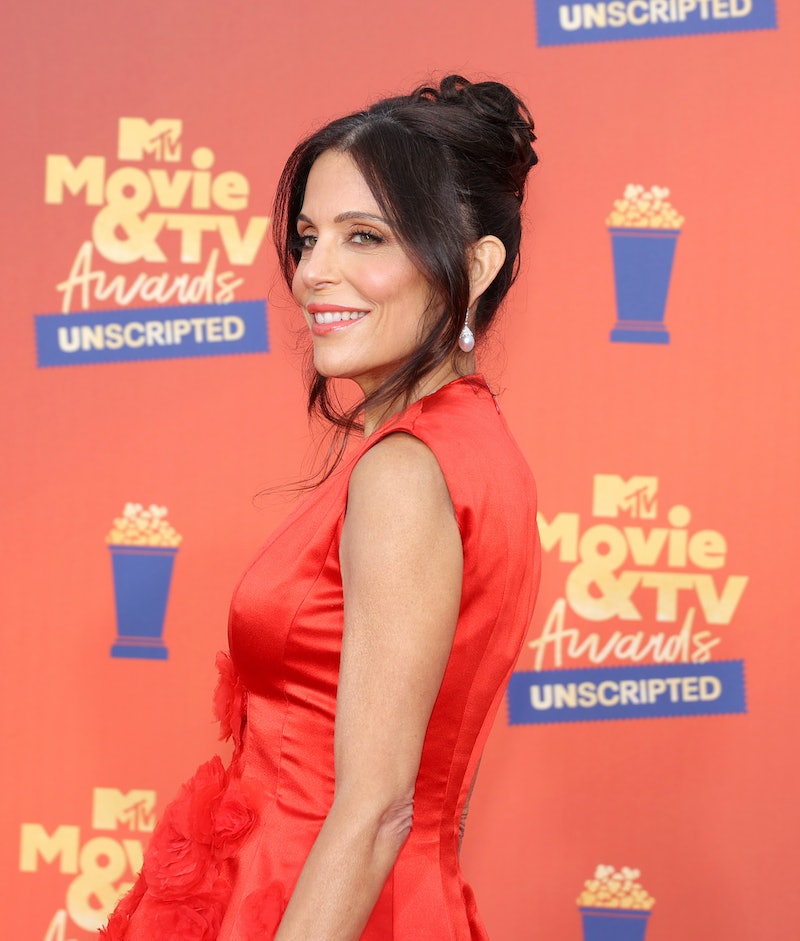 Bethenny Frankel, who received the Realty Royalty Award at the MTV Movie & TV Awards: UNSCRIPTED ceremony on June 5, worked hard as an actor and entrepreneur for many years to make a name for herself. She experienced many stops and stops in her career before she hit it big by landing a spot on the inaugural season of The Real Housewives of New York City. Since RHONY premiered in 2008, she has not only become one of the most popular stars from the Bravo franchise — but also one of the richest in Housewives history.

After gaining more fame via RHONY, Frankel built more businesses, including her Skinnygirl brand, and her latest attempt at serious fortune has worked out brilliantly. Read on to learn how much she’s made from her reality TV stints and what she’s earned from Skinnygirl.

Reality TV made Frankel a household name, but it didn’t make her rich, especially not at first. She has admitted several times that for the first season of The Real Housewives of New York City, she was paid just $7,250, but that sum quickly increased every season. Celebrity Net Worth estimates that at one point, she was earning $40,000 per episode, while Forbes suggests she may have made at least $1 million for her final season (possibly final few seasons).

After she amassed a sizable fan base, Frankel was able to launch other TV shows that cemented her as a headliner, as opposed to a member of an ensemble cast. Bravo brought her back for three seasons of Bethenny Getting Married (later renamed Bethenny Ever After), which focused on her wedding and marriage. She also scored deals for follow-up reality series Bethenny & Fredrik and The Big Shot with Bethenny. Frankel even ventured into daytime TV with Bethenny, which lasted one season and brought her to the network world for the first time.

Frankel also guest-starred or appeared as a recurring personality or character in TV shows such as The Apprentice: Martha Stewart, Skating with the Stars, The Real Housewives of Beverly Hills, and Shark Tank. What she was paid for any of these non-Housewives efforts isn’t clear, but she continues to return to TV regularly.

Early in her life, Frankel founded a number of businesses involving event planning, or selling pashminas, or even a healthy desserts and meal delivery in New York City called BethennyBakes. That last venture lasted a few years, but perhaps more importantly, it put her on TV for the first time in a major way, as it landed her in second place on The Apprentice: Martha Stewart.

In 2009, a year after she began starring on The Real Housewives of New York City, Frankel launched Skinnygirl Cocktails, her brand of low-calorie alcoholic beverages and mixes. The line became very popular, and two years after it became available for fans to purchase, she sold the brand to Beam Global for $100 million, according to Forbes. Included in her deal are financial incentives if sales continue to rise.

One of the smartest things Frankel has done in her business career is alter her Real Housewives contract. Before she signed it, she insisted that a clause be removed that stipulated that Bravo has some control or receives some cut of whatever products or businesses the women launch while on the show. “I said, ‘You can pay me seventy-two hundred and fifty dollars, but you’re not taking any of my business’,” Frankel told New York magazine.

In another business move, Frankel held on to control of the Skinnygirl brand when she sold the cocktail line, and after she was no longer in charge of the alcohol as she had been, she expanded the line into other items. Throughout the years, Skinnygirl has also sold coffee and tea (and flavored syrup for them), popcorn, salad dressing, preserves, apparel, supplements, cookware and glassware, eyewear, lunch meat, skin care, sparkling water, and more.

Frankel is also a bestselling author, and to date she has published at least 11 books, with almost all of them tying back to Skinnygirl.

Here’s a rundown of the books she’s released:

Details regarding publishing royalties or upfront payments for these books isn’t publicly available, but with nearly a dozen titles to her credit, there is clearly a reason why she continues to write.

Frankel has more than 2.5 million followers on Instagram, and like many celebrities who have gathered huge followings online, she sometimes posts ads for which she is likely paid well. Forbes estimates that at one time, she may have been paid between $10,000 and $30,000 per upload. She regularly uses her social media profiles to promote her Just B podcast, which is sometimes just her, while in other instances, she recruits famous friends to join her. What she’s paid for the program hasn’t been shared, but it’s another part of her income stream.

For more than a decade, Frankel has also invested her time and money in real estate, often purchasing properties to fix up, renovate, and resell. According to Architectural Digest, she is a serial buyer, and sometimes she makes a profit, while in other instances, it appears she may have lost money.

In 2016, Frankel sold an apartment in NYC’s Tribeca neighborhood for just under $7 million after snapping it up for a little less than $5 million and pouring an estimated half million dollars into the home. In the Hamptons, she bought a home for $2 million, which she planned on renting out for $150,000 a month, per AD, though she later sold it for $2.28 million. In 2020, she grabbed a house in Greenwich, CT for $2.1 million, and less than a year later (after several renovating projects), she turned around and sold it for $3.3 million, reports Yahoo.

What Is Bethenny Frankel’s Net Worth?

Frankel’s net worth is estimated to be $80 million, according to Celebrity Net Worth. In 2011, she graced the cover of Forbes, which at the time claimed she had made $55 million in the previous year. In 2016, she came in sixth on the publication’s ranking of the highest-paid reality stars, managing to be the only non-Kardashian or Jenner on the list.

More like this
Which RHODubai Housewife Has The Biggest Net Worth?
By Hugh McIntyre
These 10 Wild Real Housewives Fights & Moments Are Andy Cohen’s All-Time Faves
By Grace Wehniainen
RHOA’s Kenya Moore Said Her Friendship With Marlo Hampton Is “Too Far Gone”
By Brad Witter
Jill Zarin Said Her 2011 RHONY Firing “Felt Like A Death”
By Brad Witter
Get Even More From Bustle — Sign Up For The Newsletter