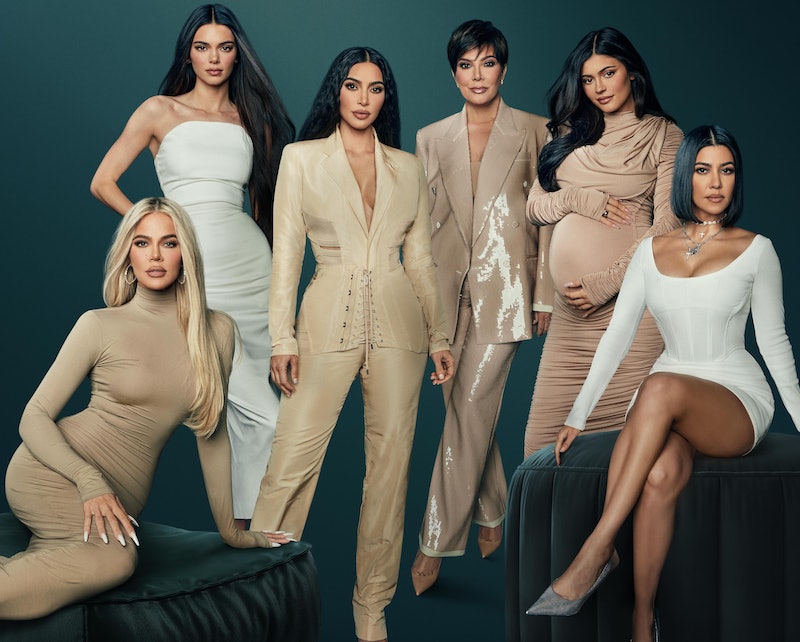 Any family with a net worth in the tens of millions is considered rich, but the Kardashians isn’t your average rich family. They’re exceptionally wealthy. Every single one of them. And as their new reality show The Kardashians is set to premiere on Hulu on April 14, fans are curious to know just how rich they are. The eight best-known members of the Kardashian-Jenner clan — parents Kris and Caitlyn as well as their children Kim, Khloé, Kourtney, Kylie, Kendall and Rob — all have individual net worths of at least $10 million, with four of them claiming more than $100 million.

As a family, they are reportedly worth just under $3 billion. To put that figure into perspective, their wealth is greater than the GDP of some countries, including Aruba, Suriname, Bhutan, and Belize. So, who is the richest member of the Kardashians? And where did they get all that money? Before The Kardashians debuts, now is a good time to investigate what they are worth.

READ NEXT: What Is Kanye West’s Net Worth?

What Is Kim Kardashian’s Net Worth?

The richest Kardashian is the most famous and recognizable of the clan. In 2021, Forbes finally declared Kim K a billionaire, and as of April 6, 2022, her net worth is set at $1.8 billion. The money started flowing in from Keeping Up with the Kardashians in 2007. Now, she makes more from her fragrance and cosmetics company KKW Beauty, and her majority stake in the shapewear line Skims is worth hundreds of millions. In early 2022, the brand was estimated to be worth $3.2 billion after securing another round of funding of nearly a quarter of a billion dollars. Forbes estimates that because of that move, Kim’s net worth increased by $600 million.

What Is Kylie Jenner’s Net Worth?

The youngest of the Kardashian/Jenner bunch is the second wealthiest, and for a while, she had stood out as the family member with the largest net worth, though that is no longer the case. Kylie Jenner makes millions from TV, but the bulk of her massive fortune comes from her company Kylie Cosmetics, which has revolutionized selling makeup on the Internet to the masses. She has also ventured into skincare, items for babies, and swimwear, all through her namesake company.

In 2019, Jenner made headlines when Forbes made the bold statement that not only was she worth $1 billion, but that she was the “youngest self-made billionaire.” Many suggested that she wasn’t really “self-made,” while others insisted that she had worked very hard to build her own empire. The conversation changed dramatically in 2020 when the magazine published a follow-up article titled “Inside Kylie Jenner’s Web Of Lies — And Why She’s No Longer A Billionaire” that alleged the mogul was involved in some tricky financial practices that inflated her net worth.

What Is Kris Jenner’s Net Worth?

To say that Kris Jenner has made a lot of money off the backs of her kids is putting it mildly. Sure, the “momager” to the most famous family in reality TV has worked incredibly hard to create the brand that is Kardashian Inc. and keep it strong, but much of the cash she claims as her own comes to her courtesy of her offspring. The powerful negotiator reportedly takes 10% of everything all of her children make, and it’s easy to understand how that adds up quickly. In fact, she’s worth $190 million, according to Forbes. Kris also has her own businesses to focus on as well as those run by her adult kids. In early 2022, the mogul launched Safely, a line of household care and cleaning supplies, which became available at Walmart stores immediately.

What Is Caitlyn Jenner’s Net Worth?

The athlete and TV personality formerly known as Bruce Jenner has enjoyed a lifetime of celebrity, and all of her various activities have helped make her a rich woman. First, Jenner reaped the rewards of being an Olympic athlete and all the endorsement deals that typically follow that success. Since then, she’s appeared on a number of TV shows (like her own I Am Cait), launched a number of products, and published a best-selling memoir. Recently, Caitlyn had political aspirations on her mind, though she did not perform well in her run for governor of California. Her net worth is now up to $100 million, according to Celebrity Net Worth.

What Is Kourtney Kardashian’s Net Worth?

Kourtney has now made money by appearing on nine different reality TV programs connected to and including the original KUWTK, and a tenth is about to premiere on Hulu after the family ended their 20-season run at E! to move to Hulu. The mother of three has also made quite a bit of cash from her social media accounts, as she can request more than $100,000 per branded post, as she stands out as one of the most-followed accounts on Instagram. In 2019, Kourtney launched her own lifestyle brand Poosh, which calls itself the “modern guide to living your best life.”

What Is Khloé Kardashian’s Net Worth?

Khloé has found success with a number of different projects, though none of them have taken off in the same way that some of her richer sisters have experienced. That’s certainly not to say she’s not doing very well for herself. Khloé used to co-own and co-run the DASH boutique stores that the siblings operated when KUWTK began, but those have since closed. She has also launched five spinoff programs, including Kourtney and Khloé Take Miami, Kourtney and Kim Take New York, and Khloé & Lamar, all of which have netted her a pretty penny.

As a business owner, Khloé has her hand in fashion with denim line Good American, fragrance (with her sister Kylie), TV production, and wellness as part-owner in Dose & Co.

What Is Kendall Jenner’s Net Worth?

All of the Kardashian-Jenner women are noted for their beauty, but model Kendall may have made the most money from her looks. In 2017, Forbes declared Kendall the highest-paid model in the world, ending a decade-plus-long winning streak enjoyed by Gisele Bündchen. That year, Kendall raked in $22 million from strutting down catwalks, appearing in magazines, and working with top-tier brands, and she has been able to expand into additional partnerships more recently.

Kendall launched her own tequila, 818 Tequila, in May 2021. By the end of the year, the brand claimed it was the “best-selling new tequila of 2021 in the United States,” having reportedly sold 136,000 cases, or 1.5 million bottles, in the company’s first seven months of business.

What Is Rob Kardashian’s Net Worth?

Significantly less wealthy than every other member of the Kardashian family, brother Rob is still a multimillionaire, though he doesn’t have the same profile as his sisters (especially after he was banned from Instagram). In addition to appearing on (but not really starring in) the brood’s various TV shows, Rob launched his own sock company called Arthur George, but a quick look at the brand’s website suggests that’s not where the bulk of his millions have come from. Lately, he’s been promoting what appears to be his own hot sauce.

In the decade since the Kardashians became a household name, Rob has bounced from project to project and found paychecks by co-managing musical act BG5 as well as appearing on reality shows like Dancing With the Stars, The Choice, and Rob & Chyna.

This article was originally published on June 9, 2021