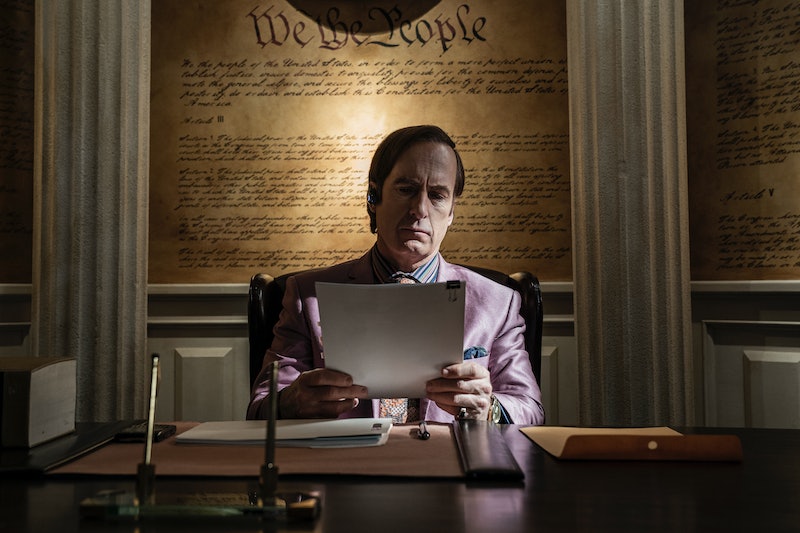 When the sixth and final season of Better Call Saul wraps on Aug. 15, expect actor Bob Odenkirk’s transformation from Jimmy McGill into criminal lawyer Saul Goodman to provide a natural ending. “From day one of Better Call Saul, my dream was to tell the complete story of our complicated and compromised hero, Jimmy McGill — now AMC and Sony are making that dream come true,” co-showrunner and executive producer Peter Gould said after the drama received a Season 6 renewal in January 2020.

While Better Call Saul won’t return for Season 7, AMC’s Breaking Bad spinoff, which premiered in 2015, introduced pivotal characters like Rhea Seehorn’s Kim Wexler and Michael McKean’s Chuck McGill. They joined a host of other players who could potentially anchor another spinoff. In an interview with Variety in June 2022, Dan McDermott, president of entertainment and AMC Studios at AMC Networks, said he would do anything to encourage Gould and co-creator Vince Gilligan to create another Breaking Bad series. “I think you’d have to ask them,” McDermott said. “But the door is always open and I long for the day my phone rings and Vince, Peter or our friends at Sony call to say, ‘Hey, I think we have another show set in this universe.’”

But for now, Gould and Gilligan confirmed that the Breaking Bad universe is coming to end. As Deadline reported on Aug. 10, Gilligan and Gould explained during the show’s final virtual TCA panel that they have no plans to add another show to the AMC shared universe while cautioning they’d “never say never” to the prospect. “You can’t keep putting all your money on red 21,” said Gilligan, who reportedly already has a series similar to The X-Files and The Twilight Zone in the works. “I feel like we probably pushed it doing a spinoff to Breaking Bad [but] I could not be more happy with the results. Then I did El Camino and I’m very proud of that too. But I think I’m starting to sense you’ve got to know when to leave the party, you don’t want to be the guy with a lampshade on your head.”

Gould added that he “couldn’t be happier or more proud” of Better Call Saul, but he also wants to explore some different types of projects. “Having said that, I love Albuquerque. I love Bob, I love Rhea, I love Vince, love the whole group so we’ll keep as much of the band together as we can and also, never say never, who knows how we’re going to feel in a couple of years,” he said.

Meanwhile, Odenkirk similarly told People on Aug. 13 that the show’s core group of actors — specifically Seehorn, McKean, Patrick Fabian (Howard Hamlin), and Michael Mando (Nacho Varga) — have become “best friends” and are “going to miss each other awfully.” Before taking their final bows, he explained that the cast planned to gather at one of their homes to watch the series finale together. “And then we’re going to cry,” added Odenkirk, who’s now up for his fifth lead actor Primetime Emmy award for Better Call Saul.

Looking to the future, the actor plans to “be careful” about trying to top his Better Call Saul turn as he selects his next role. “In show business, you can’t guarantee that the next thing you do will be bigger than what you just did,” he explained. “Every project is an unsure endeavor so I’m more into doing something interesting that feels right.”

More like this
Devi Is Going To Meet A “Smoldering Bad Boy” In ‘Never Have I Ever’ Season 4
By Jack Irvin and Gabrielle Bondi
The ‘Emily In Paris’ Season 3 Release Date Is Here, Plus The First Footage
By Bustle Staff
'Killing Eve' & 'Doctor Who' Stars Just Joined The Cast Of 'True Detective' Season 4
By Brad Witter
A New 'And Just Like That' Table Read Pic Confirms A Key Character's Return
By Jack Irvin and Grace Wehniainen
Get Even More From Bustle — Sign Up For The Newsletter