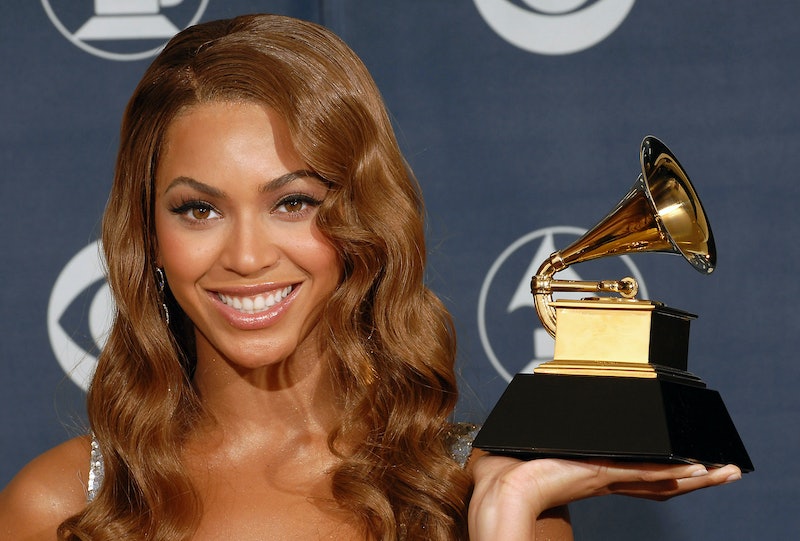 Queen Bey has spoken, and it’s good news for the Beyhive. Beyoncé is officially working on a new album, and in her Harper’s Bazaar cover story published on Aug. 10, the 28-time Grammy winner promised that new music was coming soon. This album, if solo, will be Beyoncé’s first solo studio album since her acclaimed Lemonade came out five years ago in 2016.

In the rare interview, the “Black Parade” singer explained that she’s been itching to get back into the world after the COVID-19 pandemic and provide escapism through her music. “With all the isolation and injustice over the past year, I think we are all ready to escape, travel, love, and laugh again,” she told the outlet. “I feel a renaissance emerging, and I want to be part of nurturing that escape in any way possible.”

Beyoncé said that she’s been working on her new album for the past year and a half, and as usual, her impressive attention to detail is ruling her creative process. “Sometimes it takes a year for me to personally search through thousands of sounds to find just the right kick or snare,” she explained. “One chorus can have up to 200 stacked harmonies.” However, she isn’t letting her perfectionist ways deter or delay her. “Still, there’s nothing like the amount of love, passion, and healing that I feel in the recording studio,” she said. “After 31 years, it feels just as exciting as it did when I was 9 years old. Yes, the music is coming!”

Recently, Beyoncé hinted that she’s been working on music in a “group chat” with her Destiny’s Child bandmates Michelle Williams and Kelly Rowland, who she called her “best friends” in the new interview. In the audio clip, which was released to promote Williams’ new book, Checking In: How Getting Real About Depression Saved My Life – and Can Save Yours, Rowland said she had been making some soup, to which Bey responded, “I’m cooking some music. That’s Chef Boyardee and Chef Boy-Kelly.”

Beyoncé may want to lead us out of the pandemic, but she still provided fans with high-quality entertainment at the height of quarantine. Her most recent release was the stunning Black Is King, a visual album filmed across the globe, including in multiple African countries, which premiered on Disney+ in July 2020 and went on to receive a Grammy nomination for Best Music Film. However, the film didn’t provide any new music as it was based off her 2019 Lion King companion album The Gift, which also earned a Grammy nod for Best Pop Vocal Album.

Prior to the soundtrack, Beyoncé’s last release was her 2018 collaborative album with husband Jay-Z, EVERYTHING IS LOVE, meaning that her last solo album was 2016’s Lemonade. That album made history in itself, with even that year’s Grammy Album of the Year winner Adele saying Beyoncé got robbed of the prize, but it’s been over five years since then. Needless to say, the Beyhive is thirsty for a new solo album, and the Queen Bey is about to deliver.

More like this
Beyoncé’s Special Tribute To Sister Solange Was Both Touching & Hilarious
By Stephanie Topacio Long
How Ghosts Inspired Kesha’s New Music
By Jake Viswanath
Everything To Know About Taylor Swift’s 10th Studio Album, 'Midnights'
By Grace Wehniainen and Jake Viswanath
Lizzo Twerks While Playing James Madison's 200-Year-Old Crystal Flute Onstage
By Radhika Menon
Get Even More From Bustle — Sign Up For The Newsletter