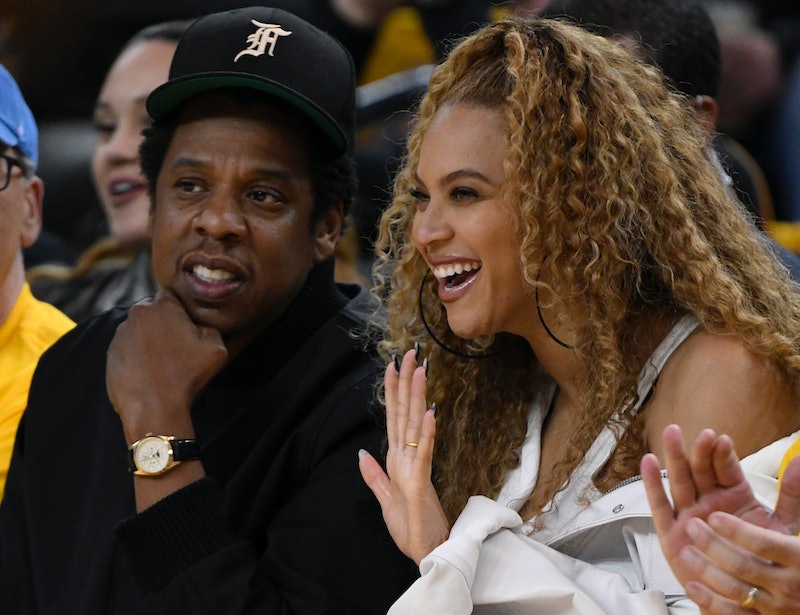 The opening night of BFI’s London Film Festival saw the premiere of the Netflix western The Harder They Fall, which stars Idris Elba and Regina King. The film, which follows a group of outlaws based on the Black cowboys of the American West, also features a producing credit from Jay-Z. In turn, the rapper and Beyoncé provided a surprise red carpet appearance to the premiere to celebrate the film’s release.

Sharing a bunch of stunning pics via Instagram, Beyoncé looked nothing short of amazing in a floor-length custom Valdrin Sahiti black gown. According to Red Carpet Fashion Awards, the singer opted out of the main red carpet to avoid her and Jay-Z from being in the spotlight. Instead, she gave fans a variety of amazing snaps from the event, including this adorable pic of the couple together in a car on their way to the premiere.

At the event, Jay-Z shared why he wanted to be involved in The Harder They Fall and the importance of Black representation in a genre like the Western. “Just to see us represented, you know, with a lot of films we didn’t see ourselves in Westerns, as if we didn’t exist,” the musician explained to the Press Association (via the Independent). “It’s almost odd, people think that it’s like a caricature, that they are playing roles, but they’re not playing roles.”

The likes of Rufus Buck (played by Elba), Stagecoach Mary (Zazie Beetz), and Nat Love (Jonathan Majors), are all historical figures from the American West. “It’s really interesting that these characters really existed at the time,” Elba said on the red carpet. King’s “Treacherous” Trudy Smith, however, isn’t based on a real person.

“There were so many towns that people didn’t know about, so to bring interesting stories to the big screen, and also educate, any time you can do that is just a blessing,” Jay-Z concluded.