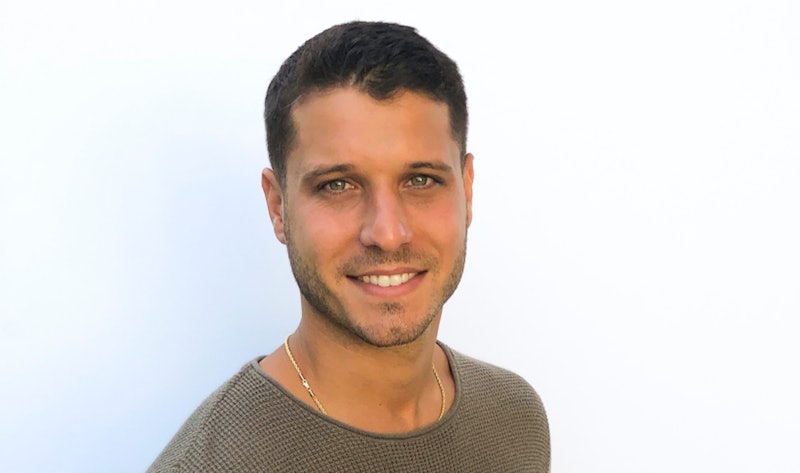 Last time Big Brother fans saw Cody Calafiore on BB16, he was single. That definitely worked to his advantage: as he admitted in Wednesday night's All-Stars premiere, flirting with other contestants was part of his strategy. But he'll have to rethink that for Big Brother All-Stars, because Cody has a girlfriend back home.

According to Instagram, her name is Cristie, and she prefers to stay a little more under the radar than her boyfriend. Her Instagram account is private, but Cody has posted plenty of pictures of her on his account, and he's already started talking about her on the Big Brother live feeds. He told the rest of the cast that they've been dating for almost five years (their anniversary is in September), but that things almost didn't work out for them in the beginning. After meeting in a bar, Cody Facebook messaged her... and she ignored him for several months. So he DMed her again and that time she answered.

Now they're one of those super mushy couples who are both really annoying and adorable. Case in point: they love couples costumes. Early on in their relationship, they went as Danny and Sandy from Grease for Halloween.

In 2018, they channeled David and Victoria Beckham.

And most recently, they went as characters from The Greatest Showman.

They've also been through some hard times together. Early on in their relationship, Cristie was diagnosed with cancer and underwent chemotherapy. Cody celebrated her final chemo appointment in February 2017 with a post on Instagram. "It's insane how in the blink of an eye someone can come along and completely change everything for you in life," he captioned a photo of them. "Six months ago my beautiful girlfriend Cristie was diagnosed with cancer. Today I am very happy to say she's going in for her last chemo treatment and I couldn't be more proud of the strength and resilience she has shown through this crazy time in her life ... You are one of the strongest and most unbelievable woman I have ever met and I am truly blessed to be with someone like you!"

Now, the two will have to be apart for potentially a couple of months as Cody competes on Big Brother All-Stars. He's already voiced on the live feeds that he really misses Cristie and can't stand that they're not together. But at least Christie can tune into the feeds whenever she wants to see him.

More like this
Zach Addressed His "Boring Bachelor Energy" After His Group Date With Latto
By Grace Wehniainen
Here's Everyone Who Will Be Competing In 'Survivor' Season 44
By Brad Witter
Megan Mullally & Nick Offerman’s Relationship Includes Several Collaborations
By Caitlin Gallagher and Brad Witter
Everything To Know About 'RHONY' Season 14
By Jake Viswanath, Alyssa Lapid and Brad Witter
Get Even More From Bustle — Sign Up For The Newsletter
From hair trends to relationship advice, our daily newsletter has everything you need to sound like a person who’s on TikTok, even if you aren’t.