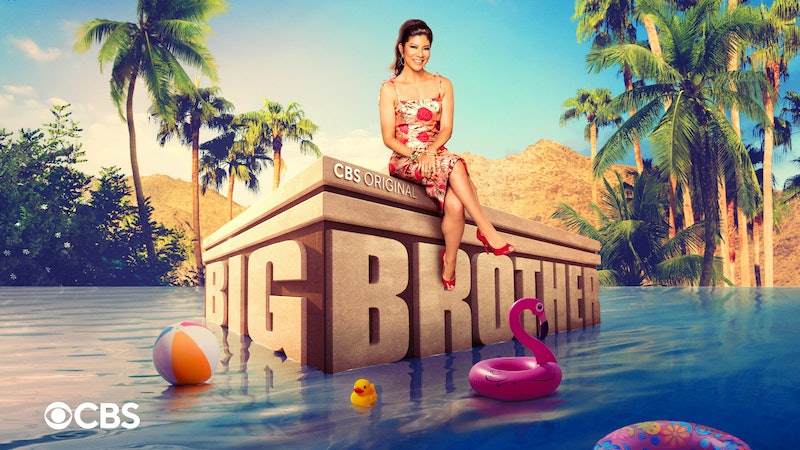 Move-in day has finally arrived, and Big Brother fans need to prepare for a competition cycle to remember. Season 24 premieres July 6 and all signs point to the CBS reality show upping the stakes and drama in more ways the one. In an Entertainment Weekly interview, Big Brother host Julie Chen Moonves shared some surprising revelations about the upcoming cycle.

The new season will include never-before-seen challenges, which should keep both participants and viewers on their toes. While there were initially plans to have a live audience on night one, Covid precautions dashed those hopes. Chen Moonves is hopeful that the live studio audiences will return before the end of the season, and even though viewers won’t be participating in the studio, they will be able to vote as to who gets to stay in the Big Brother house.

Speaking of evictions, Chen Moonves said that despite starting with traditional nominees and deliberation, the first live eviction is going to be unlike any other. “There are so many twists and turns this season and challenges that are so much harder that you’re gonna have a hard time just figuring out how to survive in the house,” she said. As for groupings, there will be live move-ins, but as to whether the contestants will be in teams, the host said, “No. Kinda? Kinda with teams?” With all the twists and turns Chen Moonves promises this season, viewers won’t want to miss one moment on TV or the live feeds. To see how it all goes down, here’s the schedule for Big Brother Season 24.

On TV: Starting July 14, Big Brother eviction episodes will air on Thursdays at 8 p.m. ET. These evictions are typically live, so unless you want to risk being spoiled, you’ll probably want to watch these as they happen. Thursdays are also the days during which the Head of Household is crowned.

On the Live Feeds: If the Thursday episodes don’t include the awarding of Head of Household, expect it to be featured on the live stream, since the stream isn’t constricted by television time slots. The Thursday feed also gives some good insight into who may be up for eviction next.

On the Live Feeds: The nomination ceremony itself won’t be shown, Friday feeds usually detail who is going to be up for eviction. Players gossip about their votes fairly openly, so it’s easy to tell who’s on the chopping block.

On the Live Feeds: Typically, the Power of Veto competition is held on Saturdays. This, of course, gives players a chance to take either themselves or someone else off the Block. The Saturday feed will almost certainly tell you who wins ahead of the upcoming episode, and if you miss the competition, players usually talk about how the winner will use their power.

On TV: Starting on July 10, Big Brother will air every Sunday at 8 p.m. ET. The Sunday episodes usually feature the tail end of the HoH competition and the winner’s announcement as far as who will face eviction.

On the Live Feeds: Mondays are usually used for Veto meetings, which give clues to viewers on whether the power of Veto will be used in Wednesday’s episode. Late Mondays are when audiences can learn tidbits or full-blown spoilers about what happened during the Veto meetings.

On the Live Feeds: Tuesdays are usually the most inactive night of the week in the BB household. Most of the action has concluded and won’t pick up again until eviction night.

Since Chen Moonves teased how Season 4 is full of many twists, it’s important to remember that Big Brother’s airing schedule — like the game itself — is liable to change.