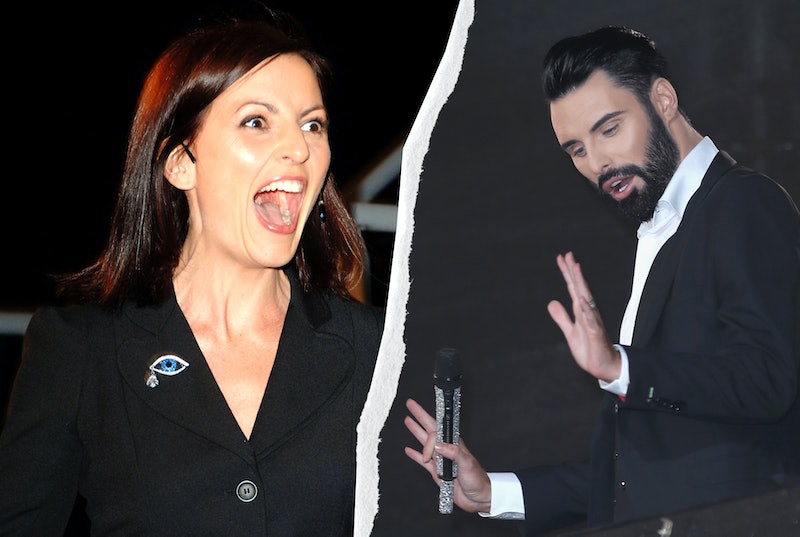 To quote a famous catchphrase from former Big Brother host Davina McCall: d’ya fancy another one? If rumours fluttering around a potential comeback for the claustrophobic reality TV series are anything to go by, there are a lot of people out there who do. Rumour has it ITV2 have been “in talks” to snap up the long-running show, which last aired in 2018. The aim? To bring it back for a new (read: younger) audience. Question is: who will be at the helm? The question is, who will be at the helm? From Big Brother veteran Davina McCall (who hosted the show for a decade, starting with its inception in 2000) to its most recent host Emma Willis, or a new face entirely? Rylan Clark, perhaps? Here’s everything we know about Big Brother’s potential reboot.

Reports remain unconfirmed, but according to the Sun reports that ITV2 have been working on rebooting Big Brother for quite some time now. But negotiations are still in the early stages. “They are really keen on getting the deal done on Big Brother, and hope to have something firm to announce soon,” an anonymous source told the tabloid.

Said anonymous sources also claimed that bosses at ITV2 are currently angling for an Autumn 2023 air date, with a new rebooted version of Big Brother lined up for when next year’s series of Love Island finishes.

Who Would Host A Big Brother Reboot?

Not to harp on about the Sun’s reports, but they claim former Celebrity Big Brother series 11 winner and much-loved telly presenter Rylan Clark could be in line for the hosting gig, having previously led spin-off show Big Brother's Bit On The Side. “Rylan put himself front and centre with a number of telly producers the moment he found out Big Brother was coming back,” a source claimed. “He absolutely loves the show and when the announcement broke he texted a handful of people to show just how excited he was about Big Brother’s return.”

Clark also stoked flames earlier this month when he tweeted an emoji with a zipped mouth – hinting at a secret to keep under wraps. “OMG Rylan - you’re a terrible tease x” replied actor Marcus Bentley – best known as the man behind the iconic voice-over for the last nineteen years of Big Brother.

The bookies have other ideas, however. At Ladbrokes, the show’s OG host Davina McCall is the runaway favourite to retake the helm. The longest standing presenter of the show, McCall oversaw the show from 2000 until 2010, and has been there for legendary moments ranging from Alison Hammond’s iconic table break to Chantelle Houghton going undercover, pretending to be famous, and eventually winning Celebrity Big Brother 4.

What Else Do We Know?

So far information is thin on the ground, but insiders have reportedly hinted at a shake-up. “It needs the full treatment and they’re confident they [ITV] are the ones who can return it to its legendary former glory,” a source said. There is no question about it though: it is one of the most iconic TV shows of its generation

More like this
We’ve Got A Text! 'Love Island' 2022 Finally Has A Release Date
By Sam Ramsden and Frances Stewart
BBC Three Is Launching A New Gay Reality Dating Show
By Sophie McEvoy
'Dubai Hustle' Is BBC Three’s Answer To 'Selling Sunset'
By Catharina Cheung
Are Tom Daley & Louis Theroux Bound For 'Strictly'?
By El Hunt
Get The Very Best Of Bustle/UK