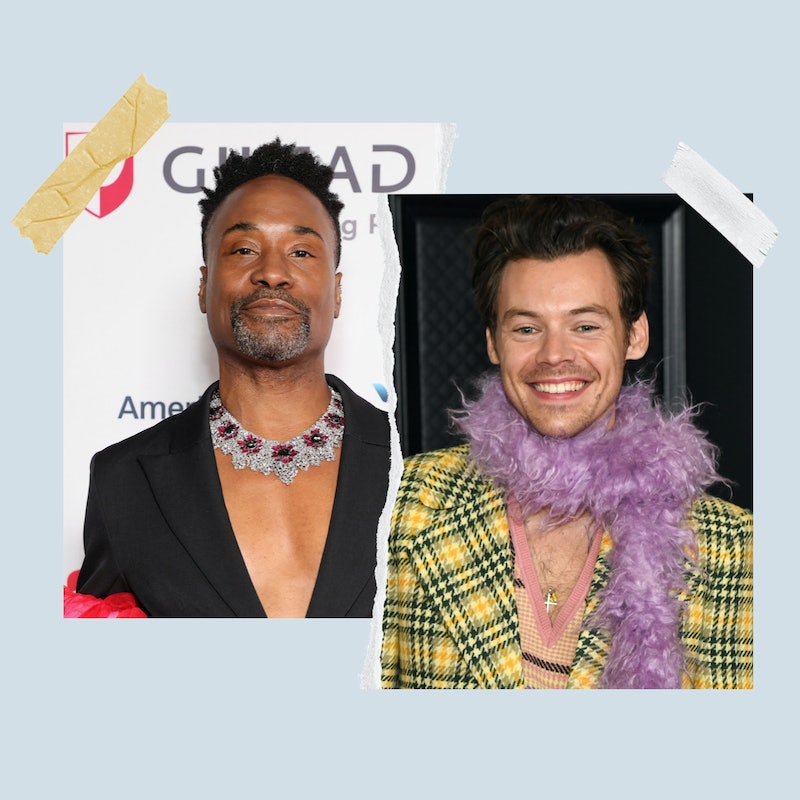 One month after criticizing Harry Styles for wearing a lace dress on the December 2020 cover of Vogue, Billy Porter has issued an apology to the “Watermelon Sugar” crooner. In October, the Pose actor told The Sunday Times that he was the one who started the conversation about non-binary fashion, yet the magazine chose Styles as the first man to wear a dress on its cover.

“I. Personally. Changed. The. Whole. Game. And that is not ego, that is just fact,” Porter told the British newspaper last month. “I was the first one doing it and now everybody is doing it. I created the conversation and yet Vogue still put Harry Styles, a straight white man, in a dress on their cover for the first time.”

Porter insisted that he was not “dragging Harry Styles,” but that it was insulting that the pop star was selected for the cover without ever having put in the work. “He is the one you’re going to try and use to represent this new conversation?” Porter asked. “He doesn’t care, he’s just doing it because it’s the thing to do.”

“This is politics for me. This is my life,” the 52-year-old actor continued, making it clear that he’s been working to break down gender barriers throughout his life and career. “I had to fight my entire life to get to the place where I would wear a dress to the Oscars and not be gunned down. All he has to do is be white and straight.”

However, during a Nov. 6 appearance on The Late Show with Stephen Colbert, Porter apologized. “The first thing I wanna say is, Harry Styles, I apologize to you for having your name in my mouth. It’s not about you. The conversation is not about you,” he said. “The conversation is actually deeper than that. It is about the systems of oppression and erasure of people of color who contribute to the culture.”

Elsewhere in the interview, Porter said that he got so much flack for critiquing Styles because it was a “slow news day,” but that he was open to continuing the conversation without “the dragging and cancel culture of the internet.” He also said that despite what others may think, he actually likes Styles a lot. “I’m sorry, Harry. I didn’t mean no harm,” he said. “I’m a gay man. We like Harry, he’s cute.”

Porter’s comments from last month were a far cry from ones he’s made in the past. “I am seeing change,” he said at the BRIT Awards in May 2021. “You know, Harry Styles on the cover of Vogue magazine is change.” The actor also showed support for Styles back when conservative commentators called the cover an “outright attack” on masculinity.

“Bring back manly men,” Candace Owens tweeted at the time. Ben Shapiro called it a “referendum on masculinity for men to don floofy dresses.” Porter, for his part, responded to the backlash by encouraging Styles to be his most authentic self. “Just be who you wanna be,” the Pose star reportedly wrote on Instagram. “Never let ’em tell you who you ought to be.”