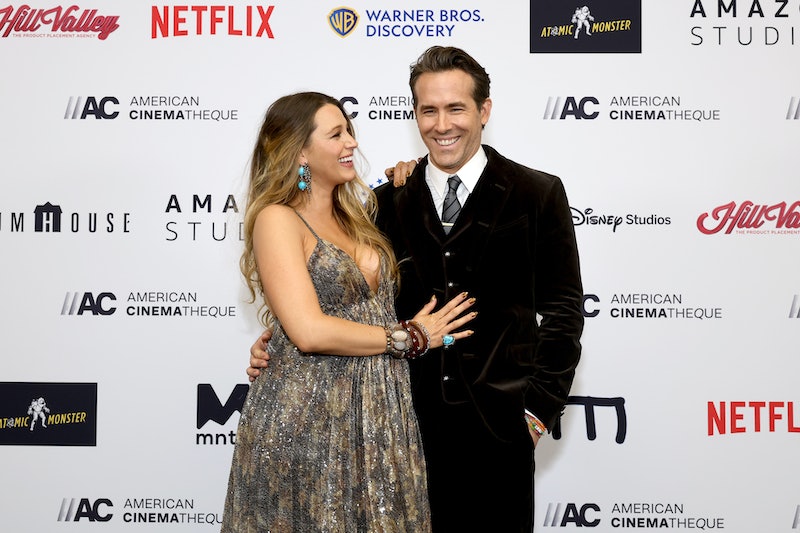 It’s been years since Ryan Reynolds won over Blake Lively, but it looks like he just made her fall even harder for him. The couple treated fans to another entertaining, heartwarming moment online, as they so often do, on Nov. 23. This time, Reynolds posted a dance rehearsal video from his new Christmas movie, Spirited, to show his gratitude for “all the love” he and co-star Will Ferrell have gotten, and Lively jumped into his comments with a hilarious and important question.

Her husband’s post was pretty humble. He made light of his own dance skills, writing, “You’ve got to be willing to be bad at something if you want to be… slightly less bad at it? Here’s Will and I proving that point! We’re so humbled by all the love for #Spirited on @appletvplus.”

The soon-to-be mom of four, on the other hand, was all about Reynolds’ dance moves. “Can you get pregnant while pregnant??” she asked in her comment. That question quickly got a lot of answers, though not necessarily yeses or noes. Instead, fans replied to share how funny they thought it was, saying things like, “WHAT NOW,” “You can always try,” and “y’all crack me up.”

Lively wasn’t the only one who complimented Reynolds, though most of the other comments weren’t quite so thirsty. Spirited choreographer Chloe Arnold wrote in part, “We enjoyed every moment with you guys! Practice makes progress! I’m so proud of what you and Will accomplished. Y’all crushed it!! NO dance doubles, just hard work, determination, and love!!” Meanwhile, Kerry Washington added, “I would watch an entire film of just the dance rehearsals,” and Katie Couric specifically shouted out Ferrell, writing, “Will’s got moves!”

As the video shows, producing and starring in Spirited, a musical comedy, pushed the two actors out of their comfort zones. “I’d never done a musical before,” Reynolds told Variety earlier in November. “I was scared. With good reason.” Separately, Ferrell admitted “there was tons of anxiety” in a Wall Street Journal interview published on Nov. 21. However, he said, being “in the same foxhole together” with Reynolds was helpful.

“There were moments when Ryan and I were in a dance studio looking at each other in the mirrors trying to do the steps,” Ferrell added. “Ryan’s like, ‘I feel like I’m in a Zumba class at The Villages retirement community in Florida.’ We’re like, ‘Wait, we’re supposed to get to this twirl here and this thing. How is this going to happen? This is madness.’”

Those moments really paid off for both actors on screen, and for Reynolds at least, they also seem to have paid off in spades at home.

More like this
Kumail Nanjiani & Emily V. Gordon’s Relationship Timeline Is Literally A Movie
By Jake Viswanath
Olivia Wilde & Harry Styles Are Reportedly "Taking A Break" After Almost 2 Years
By Jake Viswanath and Radhika Menon
Blake Lively Gushed Over Ryan Reynolds & Teased His Mom In A Must-Hear Speech
By Brad Witter
The 'Love, Lizzo' Harry Styles Scene Is Just 1 Moment That Made Fans Feel Seen
By Brad Witter
Get Even More From Bustle — Sign Up For The Newsletter