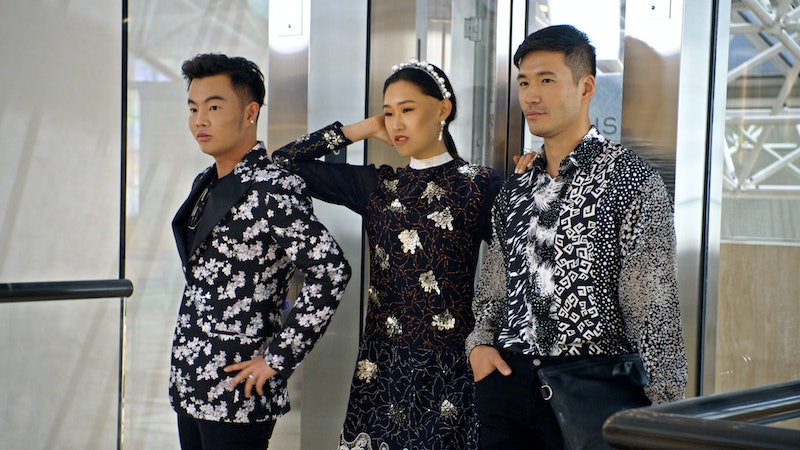 The cast of Bling Empire all seem to be pretty good friends on-screen, but how close are they when the cameras aren't rolling? We put stars Kevin Kreider, Kane Lim, Kim Lee, and Cherie Chan to the test in the video below.

It will probably surprise no one that Kane knows the most about his co-stars, considering he's kind of the glue of the whole friend group. Before filming, everyone seemed to at least know Kane if they weren't already close with one another. He was also the only one to guess Kevin's birthday right — despite the fact that he apparently can't even remember his own parents' birthdays.

In addition to testing the cast about their knowledge of each other, Bustle asked for their opinions on some other big topics from the show, like whether Anna Shay or Christine Chiu is more to blame for all of their drama and who they think will have the best storyline in Season 2. (Kevin, naturally, answered himself). Plus, if you picked up on those sparks between Kevin and Kim in the Season 1 finale, you're going to want to see all the flirting they did during the interview. Check it out here: