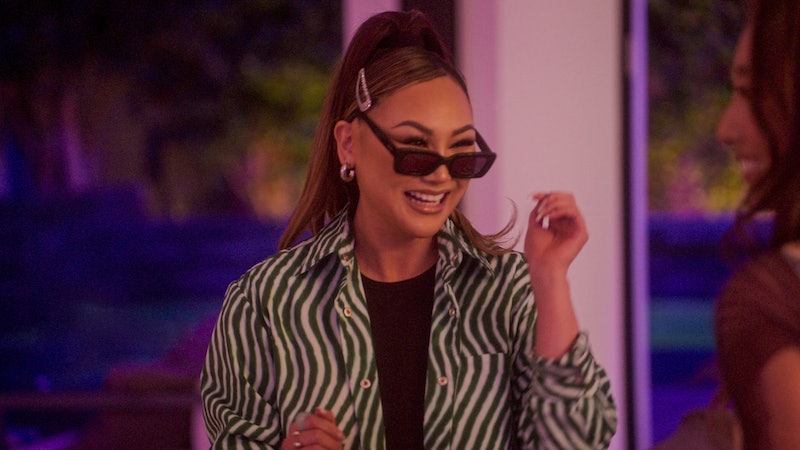 She may be a new addition in Bling Empire Season 2, but Dorothy Wang is no stranger to reality TV. Born and raised in California, Dorothy starred in all four seasons of E!’s Rich Kids of Beverly Hills from 2014 to 2016, later appearing on the network’s Famously Single in 2017, followed by a 2019 co-hosting gig on Facebook Watch’s Fetch Me a Date. The 34-year-old has also made her own share of headlines, including when she celebrated her birthday with John Mayer in 2018.

Given her background and friendships with Christine Chiu and Jaime Xie, Dorothy should fit in perfectly on Bling Empire. “I like Dorothy for her straightforward, take-no-prisoners, no-BS way of communicating,” Chiu told the South China Morning Post’s Style magazine in November 2021. “She definitely gives it to you straight! I also admire that she knows her worth, and refuses to settle for even an ounce less — whether it’s with friends, in production, or in life.”

Expect her to butt heads with co-star Kane Lim though, as the Season 2 trailer already previewed. “People like Dorothy, all they do is gossip and create drama,” Kane explained in the preview. Dorothy, for her part, sniped, “Kane has been trying to get lunch since 2011, and I’d rather fast for 87 days straight.” After a seemingly contentious meal together, the two appear unable to resolve any issues, as Kane suggests they “don’t have to be friends” and can just go their separate ways.

Before the onscreen drama unfolds, here’s everything else to know about Dorothy, including who her billionaire father is.

Having already been on TV, Dorothy’s Instagram already boasted more than 1 million followers before she made her Bling Empire debut. She still hangs out with some of her RKOBH co-stars, including EJ Johnson and Ezra J. William, and frequently shows off her “fabuluxe” jet-setting lifestyle, complete with haute cuisine, private jets, and homes on both coasts. In fact, Dorothy has such an “insatiable passion” for vacationing that she repurposed her personal website into a travel blog, featuring such destinations as Tokyo, Amsterdam, Capri, Aspen, Miami, and Shanghai.

“For years, I’ve been seeking to inspire and encourage my friends and social media followers to get the most out of their trips with my ‘unofficial’ travel guides and highlighting my favorite places to stay, eat, and play,” she wrote on her website’s about page. “With all the resounding positive feedback, it became clear that these tips were as helpful as they are fun to write.”

Before turning it into a travel blog, Dorothy, a self-described entrepreneur, used her website to sell a line of hashtag necklaces, as well as an aptly titled sparkling wine brand she started called Rich and Bubbly. A graduate of Harvard-Westlake High School and the University of Southern California, she is also a licensed real estate agent who has worked with The Real Housewives of Beverly Hills star Kyle Richards’ husband, Mauricio Umansky, at his brokerage, The Agency, though she’s not currently listed as an agent on its website.

“I also enjoy the luxury that I do not have to take on a job that I am not passionate about,” she explained of her “funemployment” strategy in 2014. “Yes, I now work in real estate, but I have also had a lot of internships to find what I want to do — everything from the jewelry business to TV production. I was actually an intern for PBS’ Travis Smiley and took him to China.”

Dorothy has made no secret that she’s the daughter of Chinese real estate billionaire Roger Wang, who moved from Taiwan to the United States in 1970 to attend graduate school at Southeastern Louisiana University. A self-made billionaire, Wang once sold insurance and managed a drugstore and a furniture company before building condos around Los Angeles, according to Forbes, which estimates his current net worth to be $3.5 billion. He’s now the head of Golden Eagle Retail Group Limited, which operates department stores in China. He and Dorothy’s mother, Vivine, instilled in her and her sister the importance of hard work, family value, and giving back to the community, per Netflix.