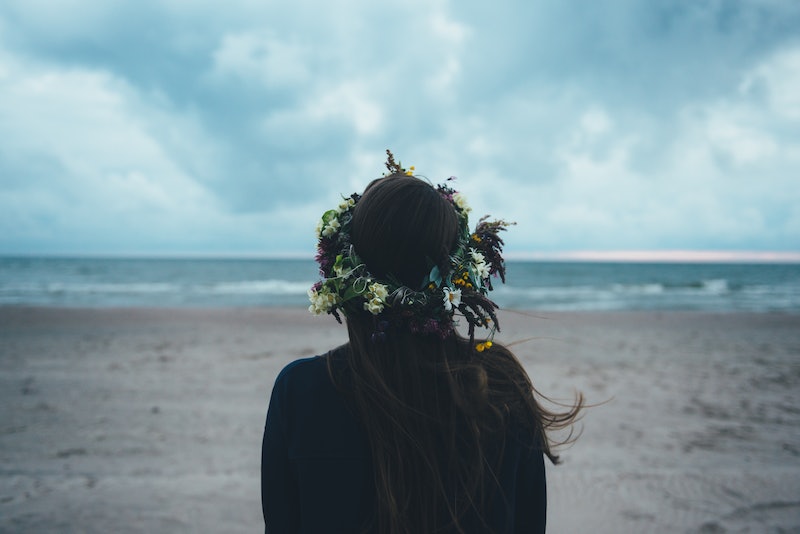 There's an overwhelming thrill that comes from finishing a book that’s undoubtedly life-changing. These aren’t necessarily reads by the world’s most well-known authors, greatest thinkers, or best writers; sometimes they aren’t even the picks from the top of the bestseller lists.

From one author’s satirical look at being Black in white-centric workspaces to a memoirist’s slow grappling with what it means to love an addict, these 17 books are game-changing in how they help readers see the world.

First published in 1952, this incredible novel from Ralph Ellison reflects a nameless character's experience growing up in a Black community in the South and living a life filled with nightmares beyond belief. It explores issues of racism, loss of innocence, and a society filled of hypocrisy. Many of its horrors and lessons will linger far after the last page is turned.

Angela Chen’s 2020 book Ace isn’t just an unpacking of Chen’s own experiences coming to terms with her asexuality. In her exploration, she takes a broader look at how sex and sexuality intersect with so many different identities, including race, gender, disability, and more. Not to mention, she gives plenty of food for thought when it comes to how the modern feminist movement centers sex.

Down Girl by Kate Manne

'Down Girl' by Kate Manne
Amazon

If you’ve heard of — or even used — the term “himpathy” in the post-#MeToo era, you have Cornell University philosophy professor Kate Manne to thank for that. It’s just one of many critical parts of her 2017 book Down Girl, where she provides an expert unraveling of what misogyny actually is and what society’s led us to believe it is. Covering a slew of stereotypical misogynistic “bad men,” from late radio host Rush Limbaugh to former President Donald Trump, Manne goes all in on tracing what it means for a culture to hate women.

Toni Morrison is a genius at creating haunting stories that are as relevant today as they were when her work was first published. In the case of Beloved, Sethe, a slave who escaped but is still not free, cannot let go of Sweet Home, a place full of terror but loving memories — and a tombstone engraved with "Beloved," where her nameless baby stays.

Rosayra Pablo Cruz recounts her two difficult, terrifying, and violent journeys from Guatemala to the United States in search of a better life for herself and her kids. The gritty vignettes of her odysseys are juxtaposed with the work of Julie Schwietert Collazo, the founder of Immigrant Families Together, who eventually helps Rosy and her family settle in New York City. Mixing together discourse on immigration, religion, and humanity, The Book of Rosy is a must-read.

The Argonauts by Maggie Nelson

You may not always know what you’re reading when you pick first up Maggie Nelson’s 2015 modern classic The Argonauts, but it’s worth it to keep going. Nelson’s work is all about broadening societal ideas of what it means to be a family. In her case, that includes understanding the identity of her gender-fluid partner Harry and coming to terms with her internal misgivings with motherhood after becoming pregnant.

Described as a mix of Sorry to Bother You and The Wolf of Wall Street, Askaripour’s satirical debut Black Buck traces the life of 22-year-old Black salesman Darren, who ends up rubbing elbows with some of the biggest names in New York City’s startup world and making a name for himself. It becomes increasingly evident, however, that the novel isn’t tracing Darren’s rise to the top, but his fall from grace, and it very directly questions who society allows to hold all of the power.

The Incendiaries by R.O. Kwon

'The Incendiaries' by R.O. Kwon
Amazon

There’s nothing like watching a privileged young woman’s descent into a violent North Korean-tied cult to change the way you see the world. R.O. Kwon’s debut novel The Incendiaries questions how far people will go to feel accepted and loved — and when to know that there’s no way to save those we care about most from the dark forces they’re running towards.

Poetry can be an adjustment for some readers, but Morgan Parker’s collection Magical Negro is absolutely worth it. In the span of just 112 pages, she seamlessly captures the notion of what she called “Black everydayness” and what generational loneliness, grief, and objectification all look like today for Black Americans — more specifically, Black women — after centuries of trauma, destruction, and despair.

Fear of Flying by Erica Jong

This 1973 feminist masterpiece opens the doors on sexuality, womanhood, and the insecurities that all humans battle. Fear of Flying is the tale of a married woman who dives into steamy affair with another man, exploring fantasies she never knew she previously had. Jong inspires with her motivational and honest words, and it’s an honest read for any woman or man feeling particularly stuck in life, love, and relationships.

If I Had Your Face by Frances Cha

'If I Had Your Face' by Frances Cha
Amazon

Set in contemporary Seoul, Korea and centered on a group of four women who live in the same apartment building, Frances Cha’s masterful debut If I Had Your Face catalogues young womanhood in a culture ruled by impossible beauty standards, few professional options, and common cultural beliefs that the answer to any problem is a little more plastic surgery. Kyuri, Miho, Ara, and Wonna’s ambitions might diverge, but they’re all oppressed by the same societal norms.

There have been plenty of books over the decades that have examined addiction and the lives of addicts. But in her brave memoir Good Morning, Destroyer of Men’s Souls, Nina Renata Aron explores the phenomenon through the lens of a person coming to terms with her loved ones’ addictions. Aron’s book covers steep ground: Generational trauma, the try-hard nature of young adulthood, alcoholism, sober culture, child neglect, and so much more. Parts of the memoir are difficult to stomach, but Aron’s writing is so compelling that it’s impossible to put down.

Abandon Me by Melissa Febos

Melissa Febos has become an important chronicler of the Indigenous experience in America, and Abandon Me, her memoir unraveling an undeniably toxic romantic relationship she once relied on, is a perfect example of why. Febos’ storytelling prose are devastating, and her book encapsulates how a troubled upbringing can come to haunt us in our present.

Modern thrillers aren’t necessarily always top of mind for world-expanding storytelling, but Attica Locke’s Bluebird, Bluebird is a different breed. Following a Black Texas Ranger named Darren Matthews, Locke dives into the deeply segregated world of small-town Lark, Texas, where the murder of a Black lawyer and a local white woman have turned the community upside-down. The novel investigates racial injustice, but it also questions how well we really know our neighbors.

I Don't Want to Die Poor by Michael Arceneaux

'I Don't Want to Die Poor' by Michael Arceneaux
Amazon

While there are plenty of personal finance books on the market, Michael Arceneaux tackles the topic of money from a completely different angle: He centers his entire essay collection I Don’t Want to Die Poor on debt. How can you afford to go after your dreams fearlessly, Arceneaux asks, when there’s no financial safety net to keep you from total free fall?

Felix Ever After by Kacen Callender

'Felix Ever After' by Kacen Callender
The Lit. Bar

Don’t let the fact that Kacen Callender’s Felix Ever After is a YA book be a deterrent from reading it. Documenting the life of Black trans teenager Felix Love after an anonymous classmate begins harassing him online and at school, Callender effortlessly unpacks what it means to love and be loved, especially as your identity — and your feelings about it — change over time.

The Unwinding of the Miracle by Julia Yip-Williams

'The Unwinding of the Miracle' by Julie Yip-Williams
Amazon

The late Julie Yip-Williams’ The Unwinding of the Miracle is guaranteed to elicit copious tears. Meshing together a series of blog posts and journal entries, Yip-Williams’ memoir documents her life from start to finish, beginning with her parents’ decision to almost kill her in infancy and ending with her terminal cancer diagnosis. Yip-Williams isn’t just narrating what happens to her; she also poignantly ruminates on the meaning of life as a person who’s slowly coming to terms with death.