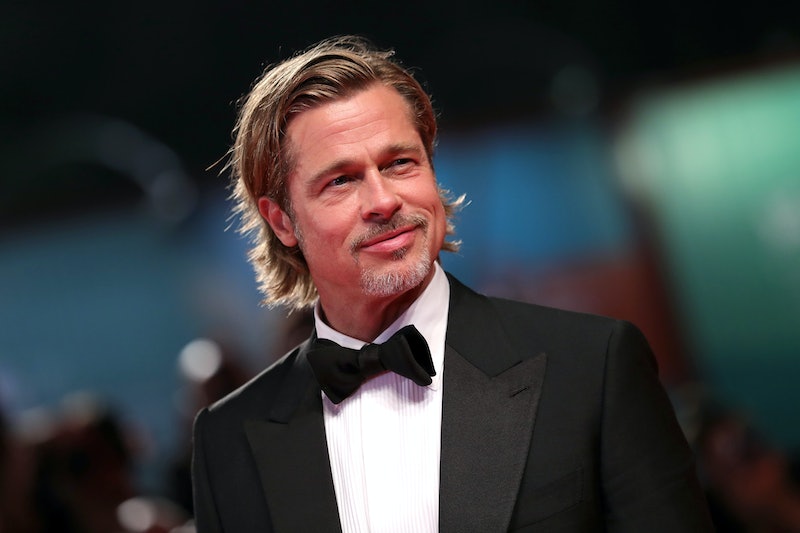 There are talented artists who act for a living, famous actors, and then there are movie stars. Very few have risen to the point where they’re one of the most recognizable people on the planet, and Brad Pitt is one of them. For decades, he has been showcasing his abilities and his good looks on the silver screen, and during that time, he’s been nominated for seven Academy Awards (winning two), earned the praise of critics and his contemporaries, and earned hundreds of millions of dollars.

Pitt remains one of the most in-demand actors in the world, and while he has recently been interested in other pursuits, such as raising his children, operating a winery, and even producing, he continues to rake in huge paychecks for a variety of films which range from serious dramas to comedies to action-packed blockbusters, such as Bullet Train.

Read on to learn about Pitt’s side businesses, the many films he’s starred in (and produced behind-the-scenes), as well as some of his largest paydays.

For decades, Pitt has been one of the most famous, most celebrated, and best-paid actors in the movie industry. He has dozens of acting credits under his belt, not to mention tons of producing credits. But he wasn’t always making tens of millions of dollars for every project he took on. When he first started, Pitt was earning thousands per flick, but once he landed one or two high-profile roles, his per-film salary increased many times over. Sometimes, such as when he’s worked with director Quentin Tarantino, Pitt has opted to take a pay cut, but even in those instances, he was still making millions for his appearances.

Here is a quick rundown of some of Pitt’s salary highlights from his acting career.

On TV, Pitt has guest-starred, landed recurring roles, and produced a lot of content, though he hasn’t devoted years to appearing on screen as a regular in any long-running productions. Throughout the years, he’s acted in titles such as Another World, Growing Pains, Friends, 21 Jump Street, Glory Days, SweetBitter, Pretty/Handsome, and many more. His work garnered him five Emmy nominations, and he’s thus far collected one.

Pitt has been a big star for perhaps three decades, and during that time, he’s leveraged his fame to earn sizable paychecks from brands to appear in ads and commercials. Before he was a proper movie star, he still snagged some endorsement deals, and there are a number of spots he featured in many years back, perhaps thanks to his good looks and charm.

Pitt has appeared in ads for companies like Acura, Cadillac (in China; the company reportedly paid the actor $3 million), Damiani jewelry, De'Longhi, Edwin denim, Heineken (in a spot that aired during the Super Bowl, for which he was paid $4.5 million), La Maison, Levi’s, Pringles, Rolex, Roots Coffee, Softbank, and Toyota (in Japan only).

In 2001, Pitt co-founded the production company Plan B Entertainment with his then-wife Jennifer Aniston and film executive Brad Grey. In the decades since, the company has had a hand in bringing many critical and commercial successes to the big screen, including a number of titles that feature Pitt, as well as ones where he only receives a producer credit. Plan B’s filmography features movies like Charlie and the Chocolate Factory, The Departed, Troy, A Mighty Heart, The Time Traveler's Wife, Kick-Ass, Eat, Pray, Love, World War Z, 12 Years a Slave, Moonlight, If Beale Street Could Talk, Ad Astra, Vice, and Minari, to name just a few. What exactly Pitt earns from the company isn’t clear, but it is clearly a major focus for him, and many of the firm’s efforts have gone on to make quite a bit of money.

In 2012, Pitt and his now-ex wife Angelina Jolie purchased an estate in France called Miraval, and a wine business became theirs. They reportedly spent $60 million on the property, which also came with a winery. They entered into a partnership with winemaker Marc Perrin, and in 2020, the company sold nearly 150,000 cases in the U.S. alone, making the brand one to watch. After they split, Jolie sold her stake in the firm to a Stoli-owned company, but apparently she had signed an agreement not to do so without Pitt’s approval, which resulted in a lawsuit between the two.

In late 2021, Pitt revealed that he was going to refurbish and reopen the recording studio found at Miraval, officially putting him into the music business (in one way). The locale had been rented by bands like Pink Floyd, AC/DC and The Cure in the past, and the actor is hoping to attract current musicians in the future to make music.

When Pitt and his then-partner Jolie welcomed their child Shiloh into the world, they were able to sell the first photos not once, but twice. The celebs were paid $4.1 million by People and $3.5 million from U.K.-based publication Hello! for the snaps. Two years later, when Jolie gave birth to twins Knox and Vivienne, the price tag rose considerably for publishable pictures of the two. The parents sold them to People, again, for $15 million. That sum still stands as the most any outlet has forked over for baby photos.

Together, Pitt and Jolie earned more than $22.5 million for photos of their children, and they donated all of it to charity.

Pitt has a real estate portfolio that is reportedly worth more than $100 million, and at times has included homes in Los Angeles, New Orleans, France, and Spain. He has been involved in a number of major sales throughout his years as a wealthy man, but it’s difficult to pin down both the purchase and sale price for most of his spots, thus making it hard to tell if he made or lost money or broke even.

The two-time Oscar winner did make around $1.4 million in profit from a New Orleans house when he and Jolie sold it for $4.9 million after purchasing the home for $3.5 million less than a decade prior.

What Is Brad Pitt’s Net Worth?

Pitt’s net worth is currently reported to be around $300 million, according to Celebrity Net Worth. He regularly makes tens of millions per year, and Forbes estimated that the actor pulled in $28 million in 2008, $25 million in 2011, $16 million in 2015, and $31.5 million in 2016, the last time he appeared on one of the magazine’s lists of the highest-paid celebrities.

More like this
Before 'Bullet Train,' Revisit These Brad Pitt 'Fight Club' Premiere Photos From 1999
By Grace Wehniainen
What Is Megan Thee Stallion’s Net Worth? The Traumazine Hitmaker Isn’t Worried About A Budget
By Hugh McIntyre
What is Sandra Bullock's Net Worth?
By Meg Walters
Who Is Bad Bunny Dating? Gabriela Berlingeri's Vocals Are Featured On His Song "En Casita"
By Radhika Menon
Get Even More From Bustle — Sign Up For The Newsletter