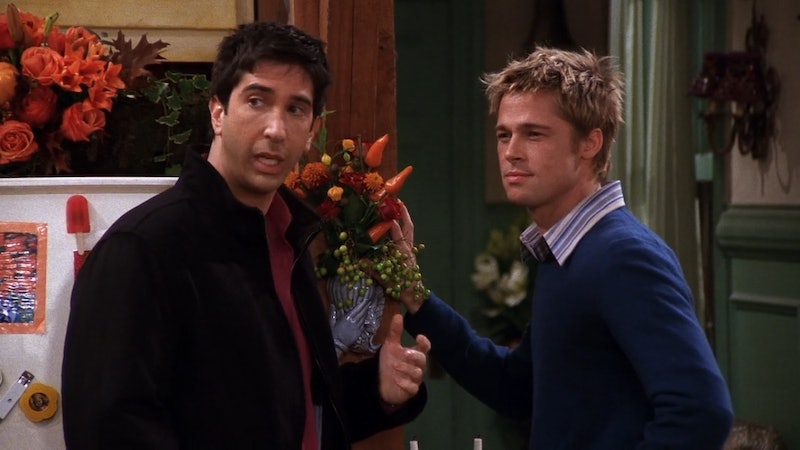 Though Friends is best remembered for its tight-knit core cast, the beloved sitcom also left us with countless memorable guest performances, too. Over the course of its 10-season run, more than 70 celebrities appeared on Friends, ranging from actors at the very beginning of their careers (Cole Sprouse and Mae Whitman) to established greats like Jeff Goldblum and, of course, Brad Pitt himself.

By the time Pitt appeared on Friends as Will, co-founder of the I Hate Rachel Green Club, he was already an Oscar-nominated actor with plenty of mainstream success to his name — from Thelma & Louise to Fight Club. Oh yeah, he was also married to series star Jennifer Aniston at the time, which made Will’s hatred of Rachel that much more hilarious. Though the famous couple split more than 15 years ago, Aniston still remembers Pitt’s guest spot fondly, as she revealed in a pre-Friends reunion interview with Access.

Aniston, alongside Courteney Cox and Lisa Kudrow, was asked about the show’s most memorable guest stars. After naming roughly half of Hollywood, the group arrived at one notable actor. “Mr. Pitt was wonderful,” Aniston said, to which her IRL friends agreed. “He was fantastic,” chimed in Kudrow.

Pitt appeared during one of the show’s iconic Thanksgiving episodes. Will, an unpopular classmate of the Gellers and Rachel, had seemingly grown out of his old high-school hang-ups and was looking and feeling better than ever — but his disgust for Rachel stuck with him through the years. It made for a very uncomfortable (and delightful for viewers) dinner, especially when it was revealed that Ross, too, had been a founding member of the I Hate Rachel Green Club.

Over in the real world, though, things between Pitt and Aniston are generally much warmer. They had an internet-breaking reunion at the 2020 SAG Awards, where each took home a win for Once Upon a Time in Hollywood and The Morning Show, respectively. Earlier that awards season, Pitt told Entertainment Tonight that Aniston was a “good friend.” And more recently, both actors participated in a star-studded virtual table read of Fast Times at Ridgemont High.

Pitt was not among the list of names slated to return for the HBO Max Friends reunion, which premieres on May 27, so Aniston and Pitt shippers will have to wait for another reunion between the two.