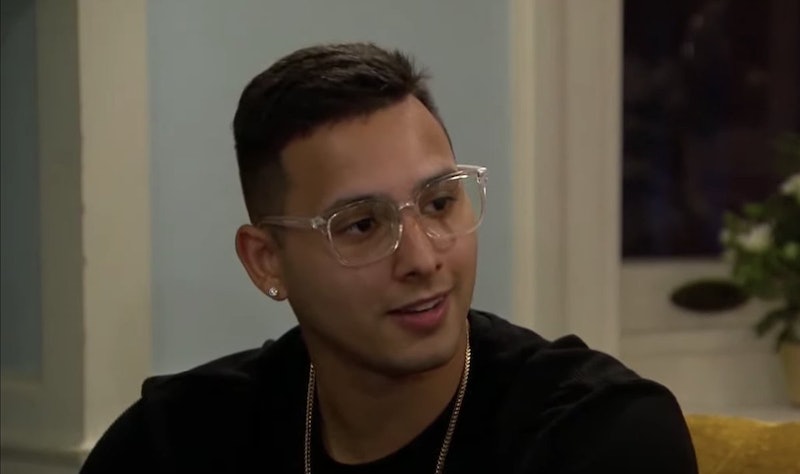 During the Nov. 30 episode of The Bachelorette, Michelle Young’s contestants brought their families to meet her in Minnesota. First up was Brandon J., who said he’d never brought a girlfriend home before and made clear how important his family’s opinion was to him. But while Michelle was busy trying to wow Brandon’s parents — even inviting his dad out to go fishing with hers — Twitter was collectively distracted by his brother Noah.

“Brandon's brother is making it hard to focus on hometowns,” wrote one viewer. “Well is Brandon’s brother single? Just a question,” added another.

Brandon and his brother are clearly close. When co-host Kaitlyn Bristowe revealed that Noah had delayed starting his service in the military in order to stay and meet Michelle, Brandon was touched. “Love that guy,” he said, telling cameras that he was excited for Michelle to see how much his family loved him and know that she’d share in that love, too, if she chooses him in the end.

When they all sat down together, Noah pulled Michelle aside for a one-on-one conversation. He explained that Brandon could come across as a smooth-talking cheesy pickup line type of guy, but that deep down he has a big heart and is actually really sensitive. “I’ve never had to question how much Brandon cared for me,” Michelle assured him. “Other people have shared their feelings, but like, with him, there’s just a little piece or spark that’s just different.”

Viewers clearly saw that something special in Noah, too. Some Twitter users pointed out how similar the brothers look. “Not convinced that Brandon’s brother isn’t just Brandon with glasses,” user ItsCourtn3yBach wrote. Another remarked how sweet their relationship is: “Noah being proud of Brandon is so wholesome.”

Some people pointed out that Noah actually got more screen time than Clayton Echard, the next Bachelor.

And others brazenly asked what many were thinking: Is Noah single?

His relationship status is unclear at the moment but if he’s looking for love, it seems like there are plenty of people lined up.

More like this
JoJo Fletcher & Jordan Rodgers Got Married In A “Playful & Fun” Wedding
By Grace Wehniainen
Twitter Is Upset About The 'American Idol' Top 3 Results: "Who TF Is Voting?"
By Jake Viswanath
How 2 'American Idol' Singers Performed With COVID-19 & Made It Into The Top 5
By Jake Viswanath
'Selling Sunset’s Amanza Has Been In A Secret Relationship For Two Years
By Rachel Mantock
Get Even More From Bustle — Sign Up For The Newsletter