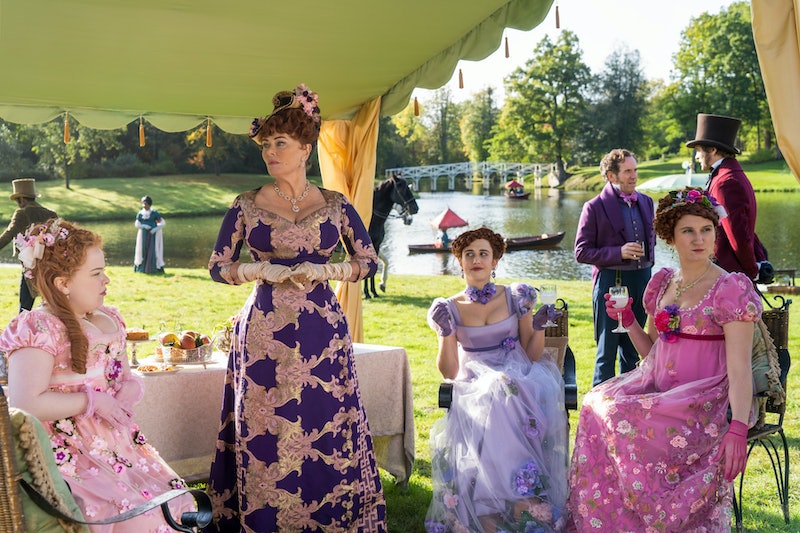 For a brief period in 2020, Bridgerton took over our TV screens, with 82 million of us tuning in to watch. However, it may surprise some viewers to know that the show – which is set during London’s Regency era – was in fact produced by an American team, with Chris Van Dusen writing the script and Shonda Rhimes heading up production. But does this also extend to the cast? With a U.S. team behind the cameras, fans may be wondering: are the actors in Bridgerton actually British? Or are they just pulling off the accents flawlessly?

Well, it’s a resounding yes to the former, as the majority of Bridgerton’s cast are indeed British from Julie Andrews narrating as Lady Whistledown to our two main characters, the Duke of Hastings and Daphne Bridgerton, being played by Regé-Jean Page and Phoebe Dynevor, respectively.

Elsewhere, we have Jonathan Bailey as Anthony Bridgerton and Golda Rosheuvel as Queen Charlotte, as well as Claudia Jessie, Ruth Gemmell, Ben Miller, Polly Walker, Harriet Cains, Bessie Carter, Luke Thompson, and Sabrina Bartlett. All are British actors with creds on TV shows on the BBC, ITV, and Channel 4.

On top of that, the series boasts some serious Irish talent too, with Nicola Coughlan as Penelope Featherington and Jamie Beamish as Nigel Berbrooke. Both have previously starred on the C4 comedy Derry Girls and will be welcoming fellow cast member Calam Lynch who will play Theo Sharpe in the second series.

Joining Lynch will be British Simone Ashley – known for her role in Sex Education – as well as Rupert Young, Shelley Conn, and Charithra Chandran.