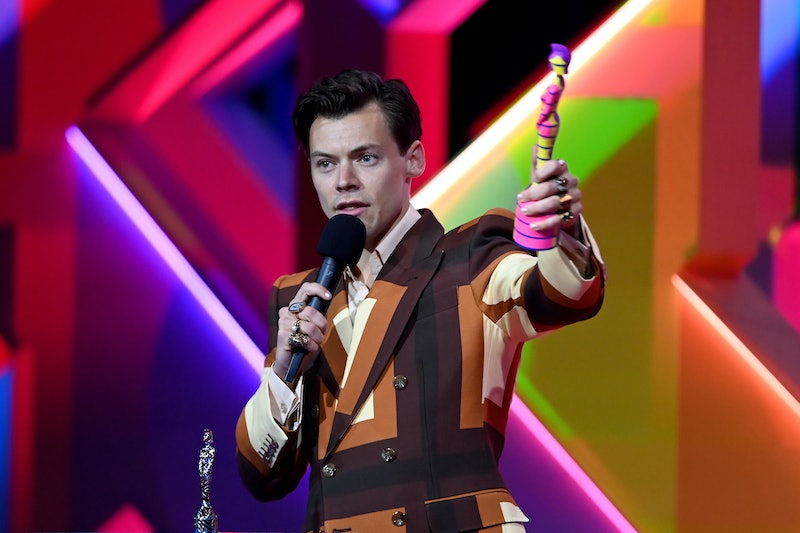 With awards season now in full swing, the 2023 BRITs nominations have officially been announced. Hosted by comedian Mo Gilligan, the star-studded ceremony will take place at London’s O2 on Feb. 11, during which fans can expect live performances from Sam Smith and Kim Petras, among many others. Meanwhile, chart-topping acts including Wet Leg, The 1975, Taylor Swift, and Beyoncé dominate the show’s most prestigious categories. However, the nominees for one major category were announced as being entirely male — and fans have a lot to say about it.

On Jan. 12, the full list of BRIT Awards 2023 nominees was unveiled, and one year after the BRITs embraced gender-neutral categories, Central Cee, Fred Again, George Ezra, Harry Styles, and Stormzy were announced as the five nominees for the coveted Artist of The Year award.

Speaking in 2021, BRIT Chair Tom March said the introduction of gender-neutral categories was an integral part of the ceremony’s evolution. “It is important that The BRITs continue to evolve and aim to be as inclusive as possible,” said March. “It feels completely the right time to celebrate the achievements of artists for the music that they create, and the work that they do, irrespective of gender.”

However, upon the announcement of this year’s all-male Artist of The Year nominees, many fans were quick to call out the category’s lack of female representation.

“I genuinely can’t believe that the BRITs don’t warrant a single woman worthy of an Artist of the Year nomination this year,” one fan wrote on Twitter. “It’s disgraceful and the five male nominees should take a stand against it.”

Find more memes and tweets reacting to this year’s BRIT Awards nominations, below.

More like this
Eurovision Has Been Given A Whole New Look Ahead Of Its Liverpool Debut
By Bustle UK
Twitter Has Renamed Ekin-Su After *That* 'Dancing On Ice' Performance
By Sophie McEvoy
This Pre-'Love Island' Video Of Olivia & Zara Together Changes Everything
By Bustle UK
Here’s How You Can Watch The Grammys 2023 In The UK
By Emma Madden and Catharina Cheung
Get The Very Best Of Bustle/UK
Sign up for Bustle UK's twice-weekly newsletter, featuring the latest must-watch TV, moving personal stories, and expert advice on the hottest viral buys.