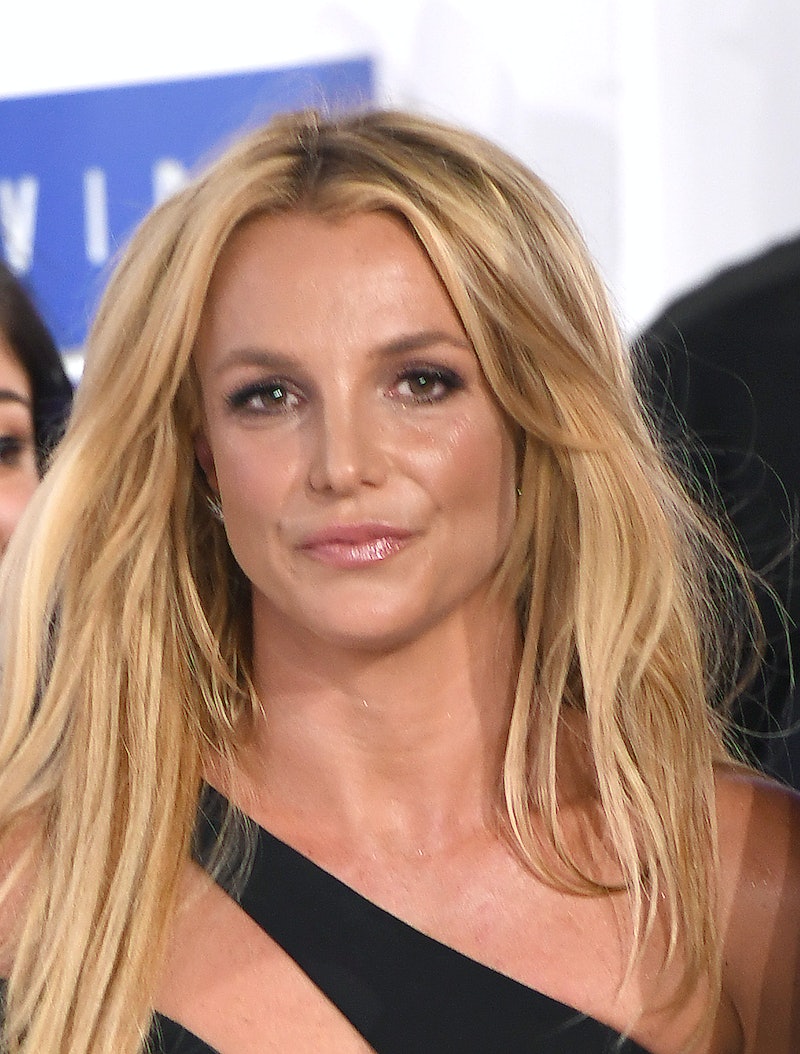 Without mentioning anyone by name, Britney Spears blasted friends and family who “never showed up” for her throughout her 13-year conservatorship saga, in a Friday, July 16 Instagram post. While speaking candidly about her legal situation for the first time in a bombshell court testimony on June 23, Spears called out her family for not doing “a goddamn thing” to intervene in what she called an “abusive” conservatorship, insisting they’d instead “lived off” of her and given interviews about the situation, which led her to feel “so stupid.” Now more of the singer’s loved ones are speaking out in support of her, but she said their words are too little, too late.

“There’s nothing worse than when the people closest to you who never showed up for you post things in regard to your situation whatever it may be and speak righteously for support,” Spears began the lengthy caption that accompanied a quote about remembering who has and hasn’t been there for you in times of need. “How dare the people you love the most say anything at all … did they even put a hand out to even lift me up at the TIME !!!??? How dare you make it public that NOW you CARE … did you put your hand out when I was drowning ???? Again … NO …”

Spears continued to address someone she said had “the nerve to say anything” about her legal battle “just to save face” for themselves publicly. “Please stop with the righteous approach when you’re so far from righteous it’s not even funny,” she added.

Fans in the comments section overwhelmingly guessed that little sister Jamie Lynn Spears is the unnamed subject she was referencing. “JAMIE LYNN IS SHAKING,” one fan wrote, while another added, “*cough*** Jamie Lynn *cough****.” Indeed, the younger Spears sibling came under fire following the Grammy winner’s June testimony for not being more vocal in her support of her sister. Shortly afterward, Jamie Lynn, who indicated she and her two daughters were receiving death threats, expressed support for her sister in a series of June 28 Instagram stories, explaining the only reason she’d been silent up until then was to give Spears a chance to “speak for herself” first.

In recent days, a source insisted to Us Weekly that Jamie Lynn is “100 percent for #FreeBritney,” but prefers to offer encouragement in private, rather on social media. “She and Britney have always had this special bond as sisters,” the insider said, noting that fans don’t “see or hear about every little thing” the Zoey 101 alum does. “Jamie supports Britney and has been there for her, listening to Britney’s speeches, praying for her and sharing encouraging messages with her. ... Jamie doesn’t want to be involved in Britney’s conservatorship battle since she feels that’s between Britney and her father, [Jamie Spears], and feels like Britney is strong enough to win this fight.”

Despite the public outcry, Jamie Lynn seems to have continued to voice support on Instagram — though she has turned off her comments to quell online hate. Following Spears’ July 14 court win for the ability to choose her own legal counsel, she first shared an inspirational quote about hope, and, the next day, shared a “prayer,” that read, “Dear Lord, Can we end this bullsh*t once and for all.” Days earlier, Jamie Lynn also shared a photo of a care package, including stuffed animals, a tote bag, and Jessica Simpson Collection shoes, that her daughters’ “auntie” had sent them.

Also casting doubt on whether the sisters are at odds is the loving 30th birthday tribute Spears posted for Jamie Lynn in April, in which she called her a “beautiful soul,” adding, in part, that she’s “so f*cking proud to call someone as beautiful inside as you my sister.” On the flip side, however, Spears later sparked rumors of discord when she told her followers in a June Instagram video that Frozen is her favorite Disney movie because she really likes “the two sisters, their relationship, and the one goes to a castle because she can’t deal anymore.”

Other fans have guessed that Spears’ mom, Lynne, is another possible target of the pop star’s ire. The matriarch shared a Bible quote to Instagram following her daughter’s July 14 hearing that read, “The light shines in the darkness and the darkness has not overcome it.” Earlier this month, Lynne gave an interview to The New Yorker’s Ronan Farrow and Jia Tolentino — whispering over the phone, the authors noted — and told them that she has “mixed feelings about everything” and doesn’t know what to think. “It’s a lot of pain, a lot of worry,” she said.

Without Spears’ confirmation, there’s no way to know for sure to whom her Instagram post is referring, but as she wrote, “you know who you are.”