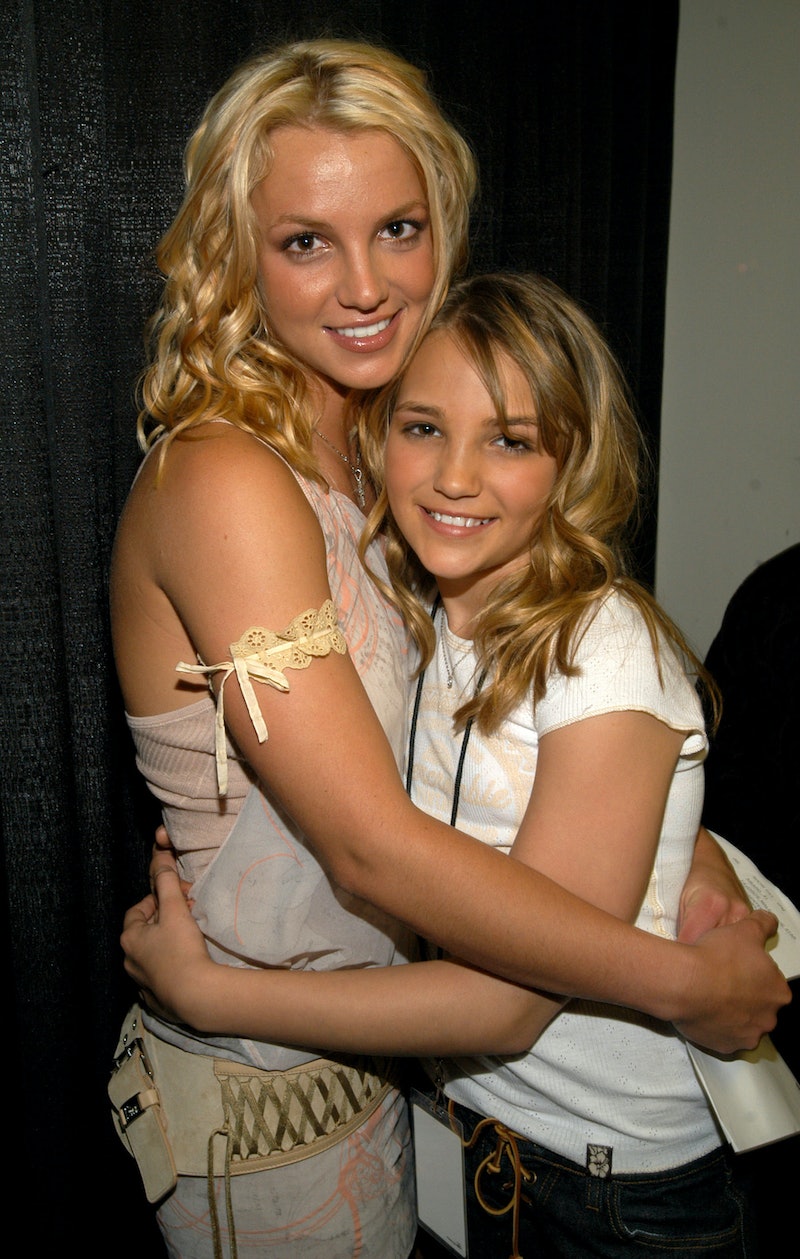 Despite recently speaking out in support of sister Britney Spears, Jamie Lynn Spears and her children seem to be getting death threats — and she’s had enough. The mom to Maddie, 13, and Ivey, 3, posted an Instagram story on Friday, July 2 noting that while she respects that “everyone has the right to express themselves,” trolls need to “please stop with the death threats, especially the death threats to children.” The Zoey 101 alum also recently disabled her Instagram comments to quell the online hate she’s been receiving.

Days earlier, Jamie Lynn, who’s faced backlash for not being more vocal about Britney’s conservatorship over the years, addressed her sister’s emotional June 23 court testimony via Instagram. “Since the day I was born, I’ve only loved, adored, and supported my sister. I mean this is my freaking big sister, before any of this bullsh*t,” Jamie Lynn said in a series of June 28 Instagram story videos, explaining she had waited to speak publicly until everyone heard directly from Britney. “I don’t care if she wants to run away to a rainforest and have a zillion babies in the middle of nowhere, or if she wants to come back and dominate the world the way she has done so many times before, because I have nothing to gain or lose either way.”

While speaking in open court via video chat for the first time on June 23, Britney had made an impassioned plea for Los Angeles Superior Court Judge Brenda Penny to end the “abusive” 13-year conservatorship that has granted her father, Jamie Spears, and his co-conservators control over her career, finances, and her personal life. Among the claims that Britney made in her 20-minute speech is that she’s been forced to get an IUD, prevented from marrying or having a child, and required to take medications against her will. “This conservatorship is doing me way more harm than good,” she said. “I deserve to have a life.” (A judge denied Britney’s months-old request to remove her father as a conservator on June 30, and, days later, granted Bessemer Trust Company’s request to withdraw as estate co-conservator.)

Although Britney never named Jamie Lynn in her testimony, the singer mentioned that her family did “not do a goddamn thing” to help her, leading some #FreeBritney supporters to consider the youngest Spears sibling complicit in the conservatorship. Further fueling speculation, Britney told her followers in a June Instagram video that Frozen is her favorite Disney movie because she really likes “the fact that the two sisters, their relationship, and the one goes to a castle because she can’t deal anymore.”

Britney has not commented on the most recent attacks on Jamie Lynn and her nieces, though she posted a loving 30th birthday tribute to her sister in April. Calling Jamie Lynn a “beautiful soul,” Britney wrote on Instagram that she wished she was as smart as her little sis at 30. “It’s weird to say that I was basically your momma when you were younger and yes I’m still older but your soul is and always has been wise !!!!” Britney captioned the post, in part. “I’m truly and genuinely inspired by your path and the life you have created for your beautiful children and I’m so f*cking proud to call someone as beautiful inside as you my sister !!!!”

Now that Jamie Lynn has broken her silence, it remains to be seen if she’ll share more with fans moving forward, but either way, the death threats need to stop.

More like this
Britney Spears Shared The Real Reason She Shut Down Her Instagram Account
By Brad Witter
Britney Spears Shares & Deletes Photos Of Justin Timberlake From 22 Years Ago
By Jake Viswanath
20 Years Ago, J.Lo Was Supposed To Kiss Madonna With Britney At The VMAs
By Jake Viswanath
Harry Styles Is Performing At The 2023 Grammy Awards
By Jake Viswanath
Get Even More From Bustle — Sign Up For The Newsletter
From hair trends to relationship advice, our daily newsletter has everything you need to sound like a person who’s on TikTok, even if you aren’t.