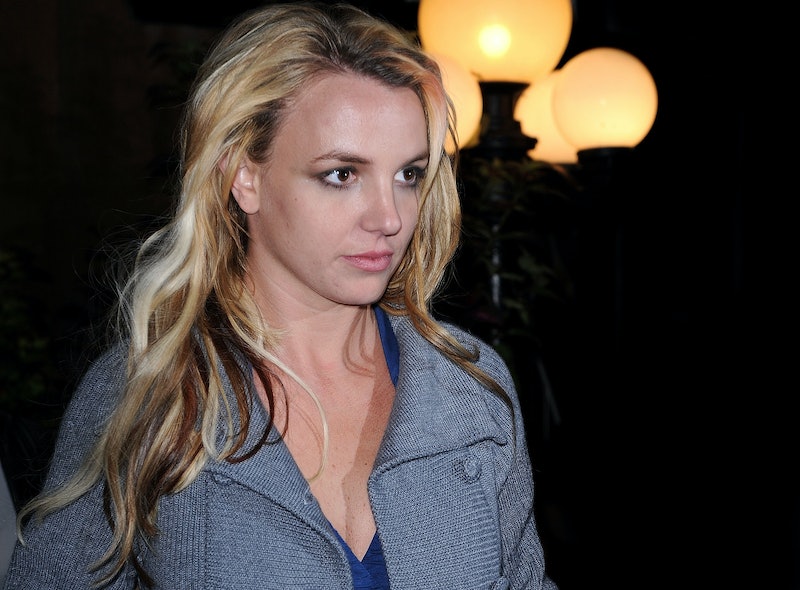 Britney Spears is letting art do the talking as she continues to reflect on the way her family members treated her during the 13-year conservatorship implemented by her father, Jamie Spears. Taking to Instagram, Spears shared a selection of art that had been ripped out of a book she obtained during a recent holiday to Mexico with her fiancé, Sam Asghari. Clearly in a reflective mood, she shared some thoughts on her headspace, and her strained relationship with her family.

Commenting on the the fact the art had been removed from a book, Spears mused: “What do you think the story is with this imagery? I mean, forget the mystery of it, the sacredness of it, the privacy of it in a book, let’s ruin it and rip its heart.”

Mentioning her family, she wrote: “Then, I will just throw it [the art] away, like my family did me.” As she has done previously, the starlet also made reference to the fact she was made to endure “hours” of daily therapy at one point during her conservatorship. She remarked: “You know, I have to say, when there’s something of interest, the mind can be a beautiful thing. But yep... as much as I was told to think in a chair 10 hours a day… I want to make sure we lose all heart and think. As they have taught me so f*cking well.”

Spears rounded off the post by highlighting her joy at being allowed to drive alone once again following the termination of her conservatorship. “P.S. In a world where it’s acceptable to make a strong woman feel like a hopeless old woman, letting her drive alone for the first time in 13 years... I gotta say, y’all, I’m forever grateful,” she wrote.

Signing off, the “Toxic” songstress added a strong message, seemingly aimed at her family. “P.S. F*ck you with all my heart and soul,” she remarked.

Fans of the singer will finally get the lowdown on what happened to Spears over the past 13 years, as it’s been confirmed she’s writing a tell-all memoir.

The singer is expected to open up about the controversial conservatorship, which was established in 2008, and finally dissolved for good in Nov. 2021. For most of that time, her father was her primary conservator, meaning he controlled her personal and financial matters.