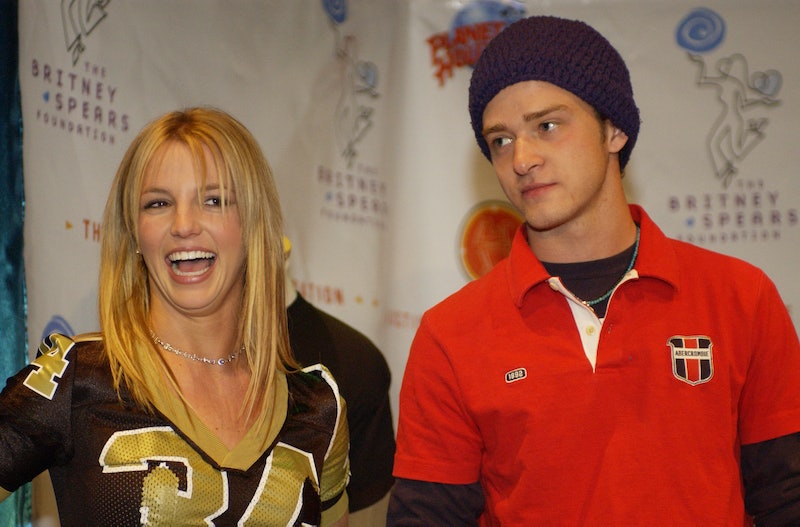 *NSYNC’s annual meme is so 2012. Thankfully, a clever Twitter user created a Britney Spears replacement of the overused “It’s Gonna Be May” meme, and frankly, the Internet should’ve been using this the entire time. Every year, the “It’s Gonna Be May” meme — which pokes fun at Justin Timberlake’s pronunciation of the word “me” on the boy band’s No. 1 hit “It’s Gonna Be Me” — is posted everywhere on the last day of April and first day of May. We’re not the only people tired of seeing it.

In response to the meme, fueled by her hatred of Timberlake, Twitter user Cathy Humes created a Spears-themed May meme, replacing the lyric “just so typically me” from the singer’s iconic 2000 hit “Oops!... I Did It Again” with “just so typically May.” Like her ex-boyfriend Timberlake, Spears accentuates the word “me” to sound like “May,” and I’m lowkey mad that I didn’t think of creating this meme myself. Another Twitter user responded with an alternative meme befitting for the pandemic: “My loneliness is killing May,” referencing the line in Spears’ debut single “...Baby One More Time.”

The “It’s Gonna Be May” craze began back in 2012 and has taken on several new forms every year — *NSYNC member Lance Bass even started an “It’s Gonna Be May” challenge on TikTok in an attempt to keep the meme alive for a new generation of social media users. In fact, it’s gotten so big that the song’s title is now “It’s Gonna Be Me (It’s Gonna Be May)” on streaming services, using a strategy adopted by record labels to capitalize on TikTok hits which helps listeners easily find songs that go viral on the platform.

The timing for Spears’ May replacement meme is no coincidence. After the February premiere of The New York Times documentary Framing Britney Spears, viewers criticized Timberlake for enabling the media to shame and sexualize Spears after they split in 2002, even leading Diane Sawyer to blame Spears for their breakup. The backlash grew so much that Timberlake publicly apologized to his ex, as well as his 2004 Super Bowl co-performer Janet Jackson, for not protecting them from media scrutiny when he also attributed to their respective scandals.

“I am deeply sorry for the times in my life where my actions contributed to the problem, where I spoke out of turn, or did not speak up for what was right,” he wrote in an Instagram post. “I understand I fell short in these moments and in many others and benefited from a system that condones misogyny and racism. I specifically want to apologize to Britney Spears and Janet Jackson both individually, because I care for and respect these women and I know I failed.” As a result of the backlash, Twitter users are hitting Timberlake where it hurts: no more “It’s Gonna Be May” memes.