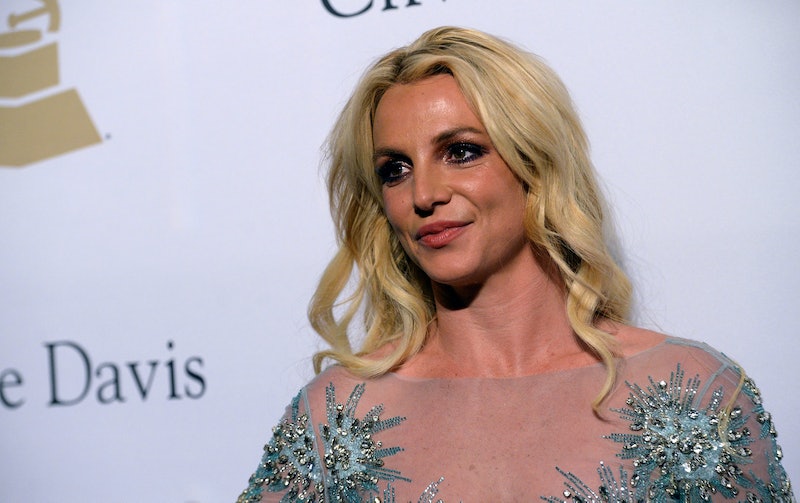 Britney Spears’ father Jamie announced his intent to step down as the conservator of her estate in August 2021. However, now it appears he’s not backing down without wanting something in return. On Sept. 1, Spears’ new lawyer Mathew S. Rosengart filed court papers accusing Jamie of attempting to extort the singer out of $2 million as a condition for him to step down entirely from the conservatorship. Spears has been advocating for her father to resign, revealing in court testimonies on June 23 and July 14 that he held strict control over her, including allegedly holding her in a mental health facility against her will and forcing her to wear an IUD to prevent pregnancy.

In the filing, according to Variety, Rosengart claimed that Jamie is asking for Spears’ estate to pay him more than $1.3 million in legal fees, $500,000 to the singer’s former management company, and additional payments to Jamie for attempting to keep his daughter’s “music, advertising, and entertainment business” current. As per Vulture, he also wants an additional $541,065.50 for “media matters,” which means publicly addressing legal claims with his lawyer Vivian A. Thoreen, including “major television and news articles, social media posts, global media inquiries, and documentary films.”

In a statement to Vulture, Rosengart declared that Spears “will not be bullied or extorted” by Jamie. “Nor does Mr. Spears have the right to try to hold his daughter hostage by setting the terms of his removal,” he said. “This is not about him, it is about the best interests of his daughter, which as a matter of law, mandate his removal.”

Ever since Spears was approved to hire her own attorney and retained Rosengart at her July 14 court hearing, he’s made a huge push to remove Jamie from the conservatorship, resulting in him filing a petition in court asking Jamie to resign on July 27. On Aug. 14, Jamie responded with legal papers declaring that he would step down as conservator of Spears’ estate, but arguing that there are “no actual grounds” to remove him. Instead, he’s resigning because “he does not believe that a public battle with his daughter over his continuing service as her conservator would be in her best interests.” He gave gave no timetable for his resignation, instead indicating that he would work with Rosengart and the court to “prepare for an orderly transition to a new conservator.”

At the time, Rosengart called Jamie’s decision “a major victory for Britney Spears and another step toward justice,” but also criticized his “ongoing shameful and reprehensible attacks” on his daughter. Now, it seems that Rosengart will not give into Jamie’s conditions for leaving. “Even putting aside the legal issues requiring his prompt removal, if he loves his daughter, Mr. Spears should resign now, today, before he is suspended,” he told Vulture. “It would be the correct and decent thing to do.”

More like this
Ed Sheeran’s Surprise Gig Included An Iconic Britney Spears Tribute
By Bustle Editors and Darshita Goyal
Everything To Know About Taylor Swift’s 10th Studio Album, 'Midnights'
By Grace Wehniainen and Jake Viswanath
Beyoncé’s Special Tribute To Sister Solange Was Both Touching & Hilarious
By Stephanie Topacio Long
How Ghosts Inspired Kesha’s New Music
By Jake Viswanath
Get Even More From Bustle — Sign Up For The Newsletter