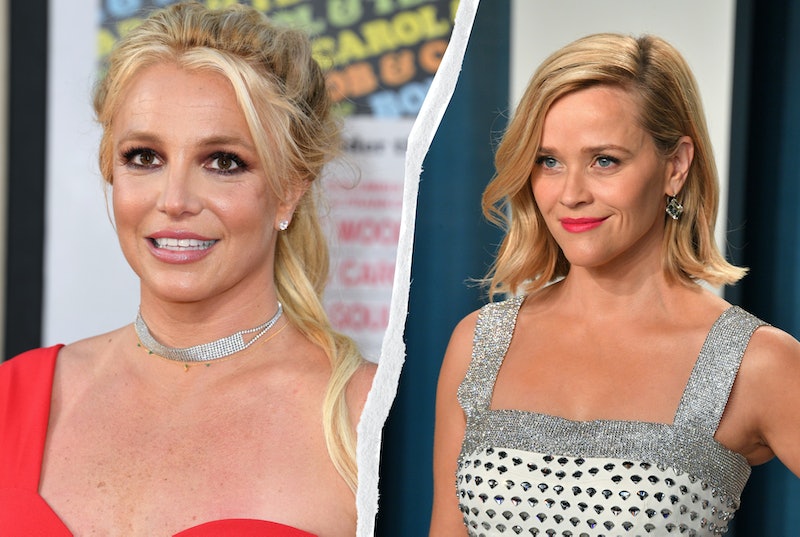 In the wake of Britney Spears’ big conservatorship win (her father, Jamie, was removed from controlling her estate), the “Toxic” singer has been embracing simple pleasures and new activities. She’s taken to social media to share everything from her French Polynesian vacation and early Christmas decorating to her latest creative endeavor: a murder novel that seems to borrow themes from Spears’ life. “Coming out of the limbo,” Spears wrote on Instagram, the book’s slain protagonist “has a decision to make … greet the same people who murdered her or create a whole new life.”

They say readers make great writers, right? Well, it looks like Spears is taking that advice to heart. On Oct. 21, she took to Instagram to share that she’s been reading Lauren Blackwood’s Within These Wicked Walls — a brand-new book recommended by none other than Reese Witherspoon, as the October pick for Reese’s Book Club. “Thank you @reesewitherspoon for being the epitome of complete enlightenment with your girlish nature to inspire me to read Within These Wicked Walls,” she wrote. “It’s nice to remember it’s not always what you see in front of you ... the magic of books can take you anywhere in the world!!!”

Macmillan Publishers describes the book as an “Ethiopian-inspired fantasy retelling of Jane Eyre” in which Andromeda, aka Andi (a debtera, or hired exorcist), is tasked with cleansing the home of the mysterious Magnus Rochester.

A chilling romance that comes doubly recommended by Spears and Witherspoon? OK, sounds like a must-read. The compliment actually got back around to Blackwood herself, who took to Twitter to process her surprise in the best (and only possible) way. “I am incoherent. Overwhelmed. Britney Spears is reading and enjoying my book. BRITNEY. SPEARS.” Within These Wicked Walls is Blackwood’s debut novel, making all the praise that much sweeter.

“I was out shopping and had to step outside for air,” Blackwood wrote in a follow-up tweet. “I was literally crying.” Getting a shout-out from Spears might be one career goal Blackwood never saw coming, but she’s already planning her next dream, which includes “a movie/BBC-style mini-series/anime-style adaptation deal with talented people who really understand and respect [her] work,” Blackwood tweeted.

As for Spears and Witherspoon, their connection isn’t limited to literature. Earlier this year, the Legally Blonde star reflected on the media’s treatment of Spears in an interview with Time. Both stars went through respective divorces the same year, and Reese said she’d done her share of “screaming at the cameras” but was never maligned in the same way Spears and other figures were. “What if the media had decided I was something else? I would be in a totally different position,” she wondered. “I want to say it’s my decisions or the career choices I made, but it felt very arbitrary. And kind of sh*tty.”

More like this
Britney Spears Shares & Deletes Photos Of Justin Timberlake From 22 Years Ago
By Jake Viswanath
20 Years Ago, J.Lo Was Supposed To Kiss Madonna With Britney At The VMAs
By Jake Viswanath
Prince Harry Incorrectly Recites Christina Aguilera’s “Genie In A Bottle” Lyrics
By Jake Viswanath
I Read Prince Harry's 'Spare' So You Don’t Have To: 11 Highlights To Know
By Marina Watts
Get Even More From Bustle — Sign Up For The Newsletter
From hair trends to relationship advice, our daily newsletter has everything you need to sound like a person who’s on TikTok, even if you aren’t.