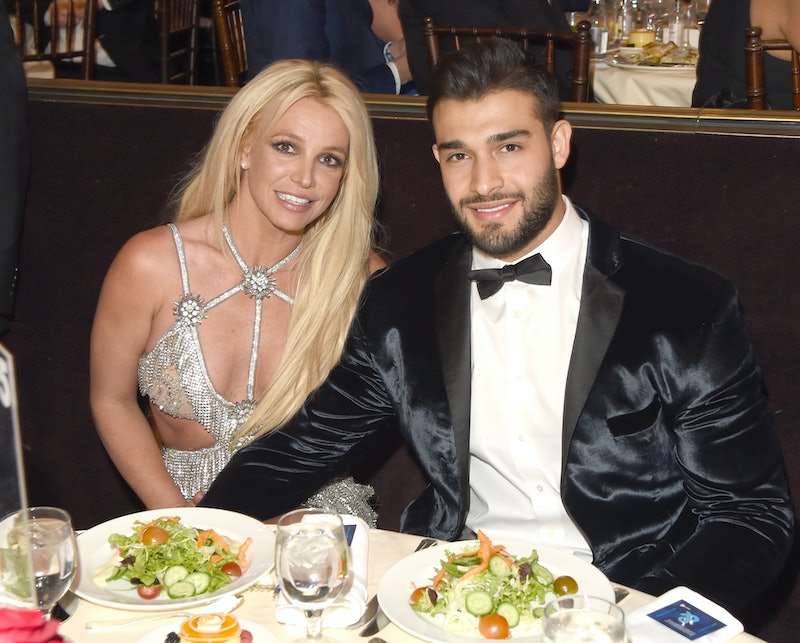 Following a major legal win in which Britney Spears’ father, Jamie Spears, was removed as her conservator, the “Stronger” singer seems to be celebrating with a well-deserved vacation. Spears and her fiancé, Sam Asghari, shared snippets of their vacation to French Polynesia on social media. “Time to celebrate,” wrote Asghari on Sept. 30, as the couple explored the Pacific destination by boat, plane, and paddleboard.

In a video Spears shared to TikTok and Instagram on Oct. 4, she sported the princess-esque animated eyes filter as she dished on their dinner (“amazing,” she said, though she was even more excited for ice cream back in the room) and a bit of confusion about where she was actually vacationing. “My children had to tell me, ‘Mommy, you’re in France.’ I thought that French Polynesia was actually a different type of place.” Spears got it right, though, and clarified in the caption: “It’s not actually France folks ... it’s French territory.”

Knowing the ins and outs of international destinations is more important than ever for the couple because Spears and Asghari’s wedding is on its way, and in the TikTok, Spears said picking the location is a “predicament” and “a really big problem.”

“I have no idea where I want to get married,” Spears said, while she and Asghari seemed to be riding on a golf cart. “We don’t know if we want to get married in Italy, or Greece, Australia, or New York City.” Asghari, who has long been a vocal supporter of the #FreeBritney movement, offered a simple suggestion: “Why don’t you ask the fans?”

Spears agreed, telling Asghari, “That is a very good idea.” So, sound off! Based on Asghari’s comment of five American flag emojis on Spears’ Instagram video, it looks like his vote might be for a stateside ceremony in New York. A source reportedly told In Touch that the wedding would be taking place in Maui, but apparently, it’s still up for discussion.

Regardless, the couple seems thankful for fans’ support — whether it be picking the perfect spot for a destination wedding or championing the beloved pop star on her long journey to personal freedom. “I have no words,” Spears wrote on Instagram earlier that day. “Because of you guys and your constant resilience in freeing me from my conservatorship … my life is now in that direction!!!!!”