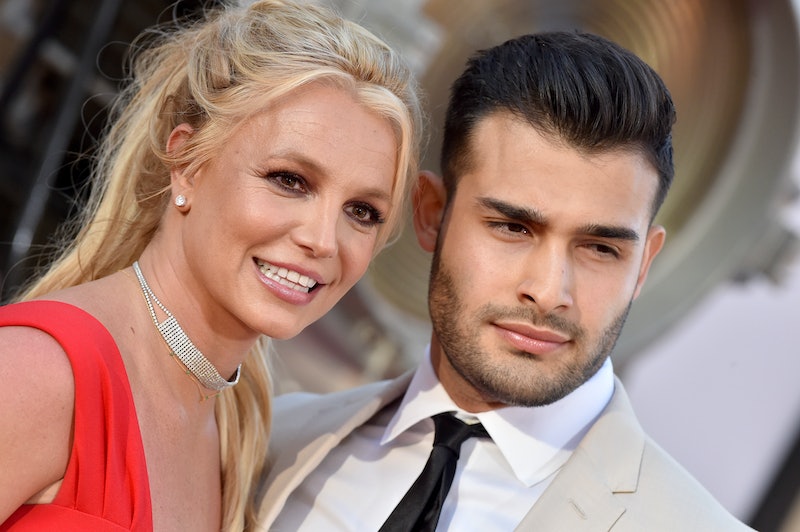 Britney Spears has a bad case of baby fever. On Tuesday, Dec. 14, the pop star shared a video on Instagram of her cradling and feeding a “baby” next to her Christmas tree. “New addition to the family,” she teased with her back toward the camera, keeping her new family member out of view. “Guess if it’s a boy or a girl ... thank you again baby @samasghari !!!!”

Fans in the comments did more than just guess the gender of the “Toxic” singer’s “new addition.” Some of her followers speculated that the new “baby” could be a puppy; others guessed that it could be a kitten, a goat, or even a baby doll. One thing that just about everyone agreed on is that it’s most likely not a real baby. Not yet, anyway.

In recent months, Spears has been open about wanting to expand her family with fiancé Sam Asghari. In November, she shared a black-and-white photo of adult feet next to baby feet. “I’m thinking about having another baby !!!” she wrote. “I wonder if this one is a girl ... she’s on her toes reaching for something … that’s for sure !!!!⁣”

Spears already has two kids — Sean Preston, 16, and Jayden James, 15 — with her ex-husband Kevin Federline, but in her June 23 conservatorship hearing, she told the judge that she wants more. Unfortunately, the 13-year-long legal arrangement gave her father, Jamie Spears, control over her finances and personal decisions, which made having another child impossible.

In a court hearing on Nov. 12, Judge Brenda Penny finally terminated Spears’ conservatorship. Now, Spears no longer has to answer to any conservator to get married, have children, or make other personal decisions. The conservatorship over her estate has also been lifted, meaning she is now in charge of her finances again.

Outside of the courtroom, Spears’ attorney, Mathew Rosengart, spoke about what the future holds for the pop star. “What’s next for Britney, and this is the first time this could be said for about a decade, is up to one person: Britney,” he said. Rosengart added that the law firm was working closely with the “Womanizer” singer to set her up for success.

“We have a safety net put into place for Britney, both on the personal side and on the financial side, as those of you who are in court understand,” he continued. “But Britney, as of today, is a free woman, and an independent woman. And the rest, with her support system, will be up to Britney.”