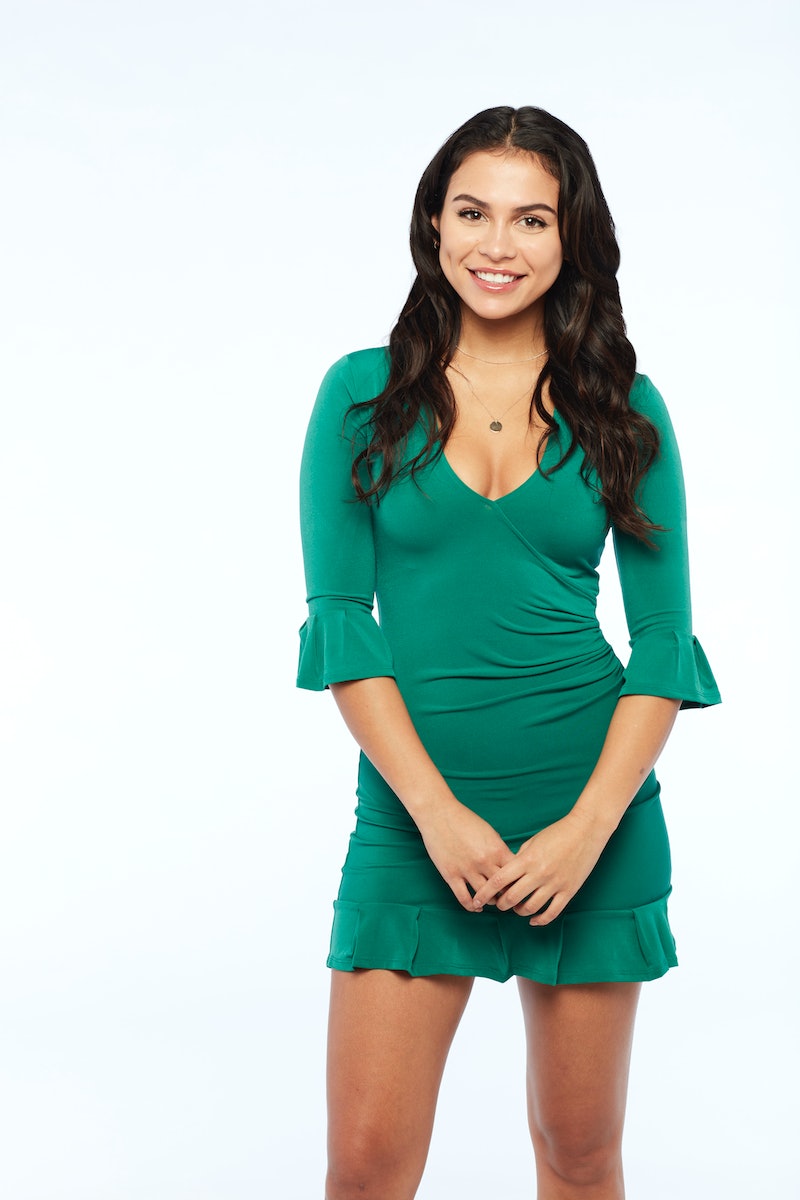 Matt James' season is fully underway, but it wouldn't be The Bachelor if ABC didn't manufacture some added drama mid-season. The woman behind the "escort" tension teased in the latest Bachelor trailer is 23-year-old Brittany Galvin. She's one of five new contestants set to arrive during the Jan. 25 episode, and she — particularly, her job — quickly becomes the talk of the resort.

"I’ve heard two different terms going around, I’ve heard 'sugar baby' and 'escort,'" Katie Thurston says. "She may be having a transactional relationship with wealthy men," Anna Redman adds. It's clear Brittany's career will be a major plotline, but she has yet to publicly comment on the rumors. Aside from the potential scandal brewing at Nemacolin Resort, here's everything to know about Brittany.

Brittany's Job Is Still Relatively New To Her

Despite the speculation that Brittany may or may not be a sex worker (a profession that doesn't warrant any shame), according to her ABC bio, she's a model based in Chicago. And she's relatively new to the industry, having joined Wilhelmina Modeling in 2019. "Being a new face in the industry put a lot of pressure on getting myself exposure," she wrote under a September 2020 post. "The first few months I really pushed and went to every casting and did test shoot after test shoot to fill my book. At one point I was doing 3 photoshoots and 2 castings in a day. Reflecting back on that is incredibly rewarding to me because I’ve grown so much."

Brittany's grid shows that she loves to travel, and it seems she hasn't let the pandemic get in the way of that despite recommendations against leisure trips. In December, she visited Dubai, and most recently, she spent time in Cape Town, South Africa.

In her Instagram bio, Brittany links her "jams," an Apple Music playlist titled "Hit The Road." It features Mac Miller, Bon Iver, Frank Ocean, and more. As we wait to learn more about her on The Bachelor, her favorite tunes might provide a little insight.