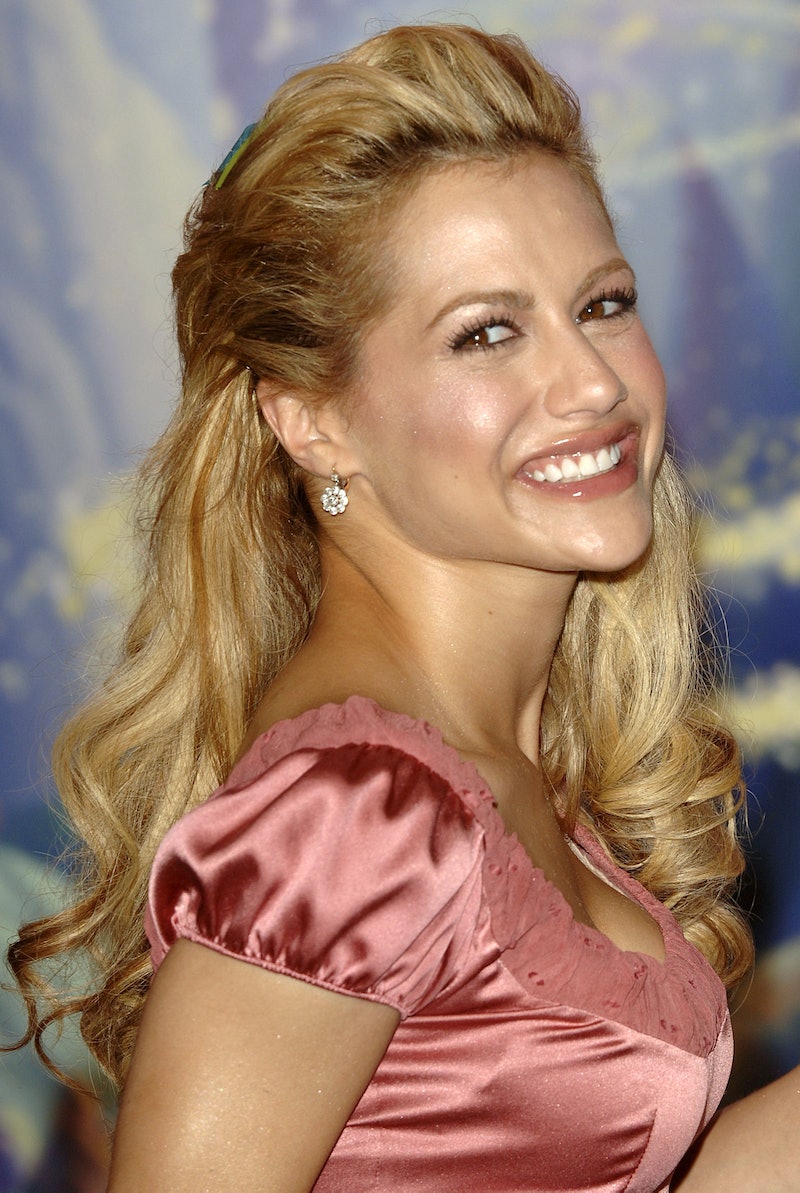 It’s been nearly 12 years since the tragic death of Brittany Murphy, but the late actor’s career remains a major topic of discussion in the industry and among fans. Murphy’s stardom kicked into full gear in 1995 thanks to her portrayal of the adorably oblivious Tai Murphy in Clueless. After that, her profile grew with roles in movies like Girl, Interrupted, Uptown Girls, and 8 Mile. In addition to her rousing success, Murphy also navigated high-profile relationships.

Throughout the ’90s and early 2000s, fans watched as her onscreen lovers, such as Ashton Kutcher and Eminem, were linked to her in real life. The Ramen Girl actor was also engaged three times. Her first engagement was to Joe Macaluso, who was a production assistant on Little Black Book, and her second was to talent manager Jeff Kwatinetz. But it was her third and final engagement to screenwriter/producer Simon Monjack that turned into a full-fledged marriage in 2007.

Unfortunately, two years later, Murphy passed away at 32. (Monjack died soon after in 2010.) Ultimately, pneumonia, combined drug intoxication, and anemia were ruled as Murphy’s cause of death, which remains disputed and is the subject of HBO Max’s new What Happened, Brittany Murphy? docuseries that takes a look at her finals days and relationships. Along with the Oct. 14 premiere of the two-part special, here’s everything you need to know about Murphy’s dating history and marriage.

The “Real Slim Shady” rapper was Murphy’s first (rumored) relationship in the public eye. The two met on the set of 8 Mile as Eminem played aspiring rapper B-Rabbit, and Murphy was Alex, a young woman who became romantically involved with him. Eminem and Murphy never confirmed they were an item, but they did speak highly of one another in the press.

When asked about Eminem in 2002, Murphy told MTV News that “he’s one of the most funny, honest, professional, hard-working actors I’ve ever worked with, if not the most.” Eminem also played coy, only telling MTV News that he and Murphy “became friends.” “I’ll say that,” he added.

In 2010, the Grammy winner voiced his thoughts on Murphy’s death. He told VIBE, “At one point, we were very close, and she was a really good person. It’s crazy when you see things not just with her but just all these things that are happening in Hollywood with people in music, with people in acting.” He continued, “Famous people are overdosing at alarming rates...”

After Murphy’s rumored short-lived relationship with Eminem, the celebrity went on to film the 2003 rom-com Just Married with That '70s Show star Ashton Kutcher. “He’s one of the kindest humans I’ve ever met,” said Murphy, per MTV News. To add, Kutcher told People that he and Murphy were really just friends while filming the movie and didn’t strike up a relationship until production wrapped, which was verified by director Shawn Levy. At the time, Kutcher’s mother, Diane Finnegan Kutcher, also divulged that the pair weren’t engaged but rather “taking it slow, seeing where it goes.”

While Murphy and Kutcher’s romance only lasted less than a year, their connection proved to be an everlasting one. “I just celebrate who [Murphy] was. She was like the person who walked in the room and she was always the first person to dance,” Kutcher said on an episode of Nightline after Murphy’s death. “I just try to connect to that and celebrate who she was and how she was, and not make sense of it, 'cause there is no sense of making sense of it.”

Following her relationship with Kutcher, Murphy and entertainment industry executive Kwatinetz got engaged in 2004. Murphy was 26 and a client of Kwatinetz’s at the time. According to People, Kwatinetz asked Murphy to marry him at the Los Angeles-based Silent Movie Theater. Their engagement only lasted four months, but they vowed to “remain friends” after the amicable split.

In 2005, Macaluso and Murphy got engaged after first meeting on the set of Little Black Book while Murphy was dating Kwatinetz. (Murphy told Cosmopolitan that she initially tried to set a girlfriend of hers up with Macaluso.) A month after she broke up with Kwatinetz, she asked Macaluso out for a movie date. Eventually, People reported that Macaluso and Murphy broke off their engagement “amicably” in August 2006.

Murphy and Monjack’s 2007 marriage came as a surprise to many, as the pair dated for only four months and didn’t make any public appearances together before tying the knot. Very little was known about Monjack at the time, and during their relationship, people in Murphy’s life were beginning to question the cause of her thin frame. In her final days, Murphy was taking care of her mother, Sharon Murphy, and Monjack, who suffered from seizures after having a heart attack. In an article for The Hollywood Reporter, family friend Alex Ben Block wrote that Monjack came into Brittany's life’s “at a very vulnerable time. “In a way, Simon did love her, but that was part of her sickness,” he said.

Ahead of What Happened, Brittany Murphy?, director Cynthia Hill told People that Monjack “was a disturbed individual who was used to conning people and Brittany was one of his last victims.” “There was a pattern of behavior that became very obvious the more research that we did,” Hill added.

Like Murphy, Monjack’s death was also caused by pneumonia, anemia, and “multiple drug intoxication.” CNN reported that the drugs found in Monjack’s system were legal and “used to treat a respiratory infection.”

More like this
Ashton Kutcher Wants Danny Masterson “To Be Found Innocent” In Rape Retrial
By Jake Viswanath
'Friends' Star Maggie Wheeler Offers Support To Matthew Perry After Reading His Memoir
By Alyssa Lapid
Mel B Thinks These Celebs Should Play Them In A Spice Girls Movie
By Alyssa Lapid
Hilary Duff Is “Optimistic” About A 'Lizzie McGuire' Reboot
By Alyssa Lapid
Get Even More From Bustle — Sign Up For The Newsletter
From hair trends to relationship advice, our daily newsletter has everything you need to sound like a person who’s on TikTok, even if you aren’t.