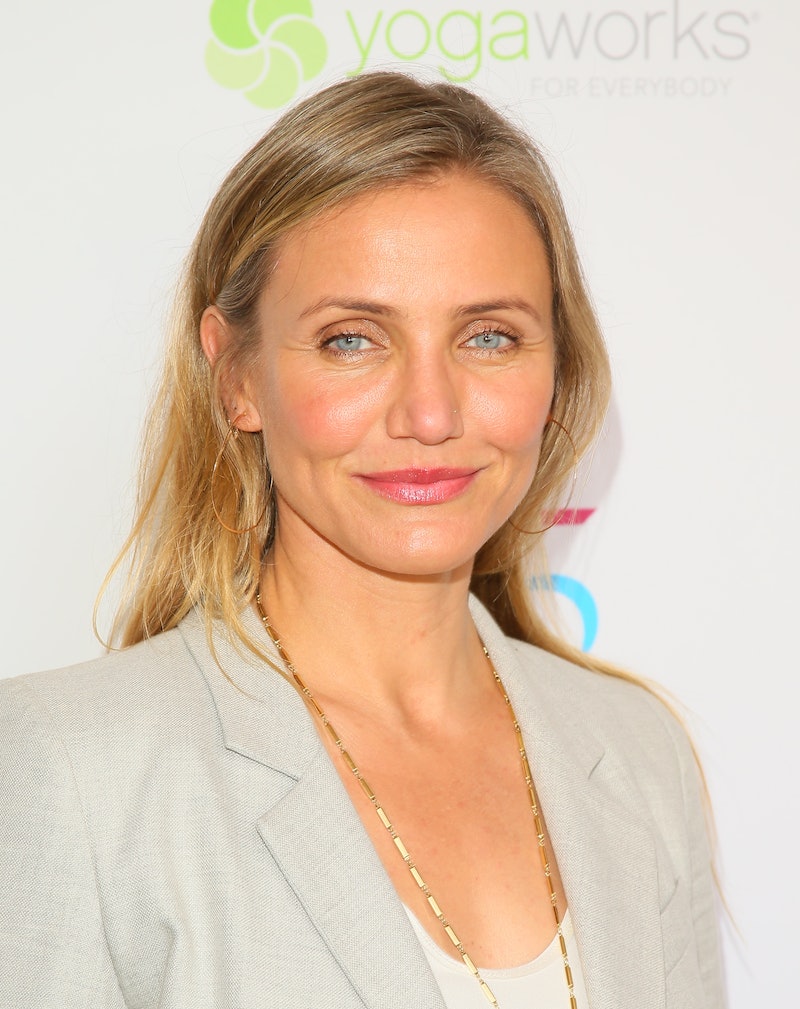 A leading force in many of our fave films, Cameron Diaz got her big break in the mid-nineties when she was cast opposite Jim Carey in The Mask. The raucous superhero flick launched her as a rising star, and Diaz went on to star in cult classics like My Best Friend’s Wedding, There’s Something About Mary, and The Holiday. But Diaz has now revealed that things could’ve panned out very differently indeed. Whilst trying to find work as a model ahead of her acting debut, Diaz claims that she was unwittingly “used as a drug mule.”

Appearing as a guest on Hillary Kerr’s podcast Second Life, the actor explained that she had been living in Paris and trying to secure work as a model, without much success, when she accepted her first and only job. “'I was there [in Paris] a full year and didn’t work one day. I couldn’t book a job to save my life,” she explained. “Then I got one job but, really, I think I was a mule carrying drugs to Morocco. I swear to God.”

Diaz says she wasn’t suspicious until she arrived at the airport, where she began to panic. “This was the early ‘90s, and they gave me a locked suitcase that had my ‘costumes’ in it,” she told Kerr. “'I’m this blonde-haired, blue-eyed girl in Morocco. I’m ­wearing torn jeans and platform boots, with my hair down. This is really unsafe.”

Revealing she soon put a stop to things, Diaz continued: “I told [the airport officials], ‘I don’t know, it’s not mine, I’ve no idea whose it is.’ That was the only job I got in Paris.” Diaz left the mysterious suitcase with officials in Morocco, and returned back to France, potentially avoiding a lengthy sentence for smuggling whatever was inside the luggage.

Nowadays, the actor has been embracing a far quieter lifestyle. She has been on hiatus since 2014 in order to focus on family life with husband Benji Madden, best known as lead guitarist in Good Charlotte, and their daughter, Raddix, who was born in 2019. Later this year, however, she’s set to make her return to the big screen, starring opposite Jamie Foxx in Netflix’s Back In Action.